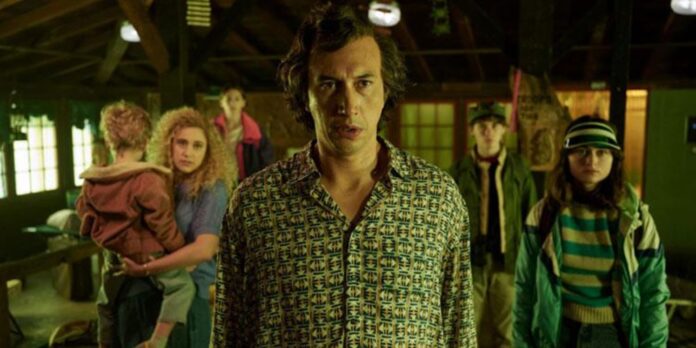 After being told it wouldn’t be ready in time for the fall film festivals, Noah Baumbach’s upcoming “White Noise” will indeed be the first fall film festival movie screened, as it was announced earlier this morning that it would open the 79th annual Venice International Film Festival in competition. The film stars Adam Driver, Greta Gerwig, Don Cheadle, Raffey Cassidy, Sam Nivola, May Nivola, Jodie Turner-Smith, André L. Benjamin & Lars Edinger. This marks Baumbach’s return to the festival following the successful premiere of his Oscar-winning film “Marriage Story” (also a Netflix film) in 2019.

Artistic director Alberto Barbera says: “It is a great honor to open the 79. Venice Film Festival with White Noise. It was worth waiting for the certainty that the film was finished to have the pleasure to make this announcement. Adapted from the great Don DeLillo novel, Baumbach has made an original, ambitious, and compelling piece of art which plays with measure on multiple registers: dramatic, ironic, satirical. The result is a film that examines our obsessions, doubts, and fears as captured in the 1980’s, yet with very clear references to contemporary reality.”

Based on the book by Don DeLillo, written for the screen and directed by Noah Baumbach, “White Noice” is said to be hilarious and horrifying, lyrical and absurd, ordinary and apocalyptic. It dramatizes a contemporary American family’s attempts to deal with the mundane conflicts of everyday life while grappling with the universal mysteries of love, death, and the possibility of happiness in an uncertain world.

While we didn’t think this addition to the festival would happen, given the film’s lengthy production (it’s Baumbach’s most ambitious project to date and the first time he’s adapting someone else’s source material), we’re thrilled to see Netflix has enough confidence to put the film in this important slot. Check out which other films will be premiering at this year’s festival here. The 75th edition of the Venice Film Festival will run from August 31st to September 10th, and we’ll have our own Tom O’Brien attending the festival from August 31st to September 7th.

What are your thoughts on this announcement? What other films do you think will be announced tomorrow for the Venice Film Festival lineup? Please let us know your thoughts in the comments section below or on our Twitter account.