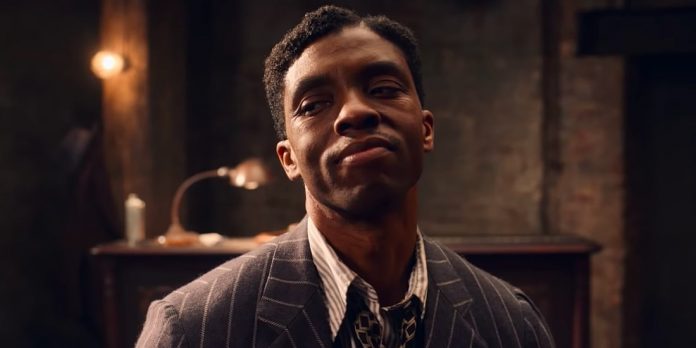 Click down below to read more about this exciting new development.

​Based on the play by Pulitzer Prize winner August Wilson (“Fences“), “Ma Rainey’s Black Bottom” will take place in 1920s Chicago as tensions rise between Mother of Blues Ma Rainey (Davis), ambitious trumpet player Levee (Boseman), and the white management attempting to control their music and careers. The film also stars Colman Domingo, Glynn Turman, Michael Potts, Taylour Paige, and Dusan Brown. It is set to be released on Netflix on December 18th.

Prior to this news of category placement, it was expected that Boseman would compete for Best Supporting Actor this season, with many pundits predicting him for the win. Many were expecting the category placements to go the way of a previous August Wilson adaptation, “Fences“, where the essentially co-lead Viola Davis competed and won in Supporting Actress in favor of the leading status going to her co-star, Denzel Washington, in Lead Actor. For “Ma Rainey,” Davis landing a Best Actress nomination was a given, with her being the title role and clear lead, but Boseman’s placement as Levee has previously been the subject of debate, regardless of where he was expected to go in the campaign.

Mysteriously, the actors in the original 1984 Broadway production (Theresa Merritt and Charles S. Dutton) were nominated at that year’s Tony Awards in the Featured (or Supporting) categories; however, amongst Wilson fans, many consider Levee to be a co-lead to the title character with his own narrative and journey to go on over the course of the play. This being the case, the announcement of Boseman now being campaigned for Lead Actor does not come as much of a shock, but does definitely shake up the Academy Award acting races.

​Chadwick Boseman shockingly passed away in August of colon cancer, but even prior to his death, this performance was already being anticipated and on many fans radars. Many people, myself included, were anxiously awaiting when he would finally get Oscar attention with a juicy, exciting role, as it seemed like his star career was just getting started. Many are heartbroken at this talented actor being taken at his prime, and the sentiment that this will be the only chance to ever award him an Oscar is not lost on us. While he also gave a tremendous performance earlier this summer in “Da 5 Bloods” (a performance that now might also receive awards consideration), “Ma Rainey’s Black Bottom” feels like the kind of tour-de-force performance worthy of awards and the right opportunity to honor a great man. The actor would be joining the ranks of other posthumous winners Peter Finch (“Network”) and Heath Ledger (“The Dark Knight”).

However, this moves Boseman from the wide-open Supporting Actor category to the much more stacked and competitive Lead Actor category. While a win in Lead is still totally possible, it will be a bit harder. As the year has gone on and as more films are being seen, predicting Boseman in Supporting Actor was an easy (and deserved) win that many could get behind. With Lead Actor, he’ll be up against veteran front-runners like Anthony Hopkins (“The Father“), Delroy Lindo (“Da 5 Bloods“), and Gary Oldman (“Mank”), as well as rising contemporaries like Riz Ahmed (“Sound of Metal”) and Steven Yeun (“Minari“), among many others. Like I said, a win is still totally possible in Lead Actor, just not as easy to predict compared to Supporting. This also greatly harms the chances of his “Da 5 Bloods” co-star Delroy Lindo, who despite rave reviews and support was gonna have a tougher battle nabbing the win. This leaves many questions as to who to predict in Best Supporting Actor amongst many male ensemble films this year, such as “The Trial of the Chicago 7,” “One Night in Miami,” “Mank,” and “Judas and the Black Messiah,” among other contenders. Perhaps this opens the door for a more unconventional winner in that category, be it the nature of the performance or the actor himself.

What do you think of this news? Do you think this helps or hurts Chadwick Boseman’s Oscar chances? Who are you predicting to win the four acting Oscars? What do you make of the Lead & Supporting Actor Oscar races this year? Check out our latest Oscar predictions here. Let us know your thoughts in the comments below or on our Twitter account.