Making A Stand On “X-Men: The Last Stand” 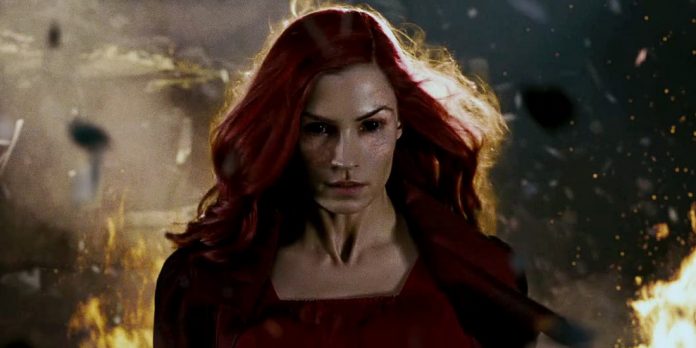 ​Fifteen years ago, “X-Men: The Last Stand” premiered in theaters following its debut at Cannes (yep, that’s right). It brought back its fresh-face-turned-movie-star cast and was ready to conclude the first successful cinematic comic book trilogy. But after a few weeks of horrible reviews and fan reactions, it was clear that “X-Men: The Last Stand” was the first failure of the X-Men franchise.

The third installment followed two successful films that ended up becoming the blueprint for what a comic book movie adaption should look and feel like. We wouldn’t have the Marvel Cinematic Universe, Deadpool, or the DC movies without this trilogy. They, in some ways, caught lightning in a bottle and were responsible for the start of the comic book craze in popular culture. So following the successful films of “X-Men” and “X2: X-Men United” and their now A-list cast, it seemed like failure wasn’t an option. It was impossible. That is, until X3. But I beg a differ.

X3 or “X-Men: The Last Stand” was made to be the last cinematic installment of the X-Men and picks up where the second film ended: the aftermath of Jean Grey’s sacrifice, which leads directly into the Phoenix Saga, which is also one of the most popular comic stories within the X-Men and Marvel Canon. The Phoenix saga centers around Jean Grey (Famke Janssen), who develops a split personality (The Phoenix) who possesses the most substantial amount of power the mutants’ have ever seen. The story of The Phoenix is one of the most exciting and fascinating storylines Marvel has created. It’s an internal struggle between two forces – two minds – over one body and asks its young audience very mature questions, but it is also the most challenging story to produce in a visual medium.

But in my opinion, the Phoenix adaption, for the most part, in X3 actually works. For starters, it was consistently foreshadowed in both films prior to X3, but especially in X2. When we first meet Jean, we learn she’s an original member of the X-Men, madly in love with Scott (James Marsden), is constantly under the Professor’s wing, but hasn’t unlocked her full potential. Unlike Scott and Storm (Halle Berry), Jean is still learning and is not confident in her powers. This theme continues in the second film, where Jean becomes stronger, a bit unstable, and fears for what might happen next. She slowly realizes that she is becoming the strongest member of the group and, at times, can’t control herself. So when the opportunity to save her friends and sacrifice herself comes about, she jumps at the chance. This perfectly sets up the Phoenix because there have to be ashes for the Phoenix to rise from the ashes.

In order for the Phoenix to work, the audience has to know who Jean is first. We have to know who and what Jean likes and who and what she doesn’t like. Phoenix is a complete character with its own motives, wants, and weaknesses and, as a character, is usually the exact opposite of Jean. So if we don’t understand Jean, we will never understand nor appreciate the Phoenix. We need to know what Jean stands for, what she values, and the lengths she will go to protect what she loves. Which the first two movies successfully do. We know Jean values goodness, peace, and friendship. Without knowing this information of who and what anchors Jean, the audience will never understand the tragedy in loosening them.

This is also a testament to Famke Janssen’s portrayal of Jean and Phoenix. As I said, Jean Grey is probably the hardest X-Men or Marvel character to adapt because so much of her journey is internal. This is why Jean, especially The Phoenix Saga, is such a success story in its original medium where the audience can read internal struggles or have panels dedicated to the conflict within Jean’s psyche, which is impossible to capture in a live-action film. But Janssen understands both Jean and the Phoenix so brilliantly that she actually does the unthinkable and pulls it off. An audience member can tell the difference between Jean and the Phoenix, and it is never done in a campy way. The most impressive scenes in the franchise are the scenes where Jean and the Phoenix are at war with one another, where Janssen is able to portray Jean’s fear and the Phoenix’s rage simultaneously. We see both characters fight over who gets to control the body, and in those scenes, you are unable to take your eyes off Janssen. These moments are powerful yet tragic at the same time. You’re interested in the Phoenix but also fear for Jean simultaneously. You want her to release all of her power and restraints, but you also don’t want her to hurt the people she loves. It is beyond difficult to play an internal battle externally, and Janssen not only delivers a believable performance, but she also excels in it. Janssen as Jean and the Phoenix is one of the best performances in a comic book movie to date.

But that is only the first thirty minutes of the movie. That’s right, one of the most famous X-Men stories portrayed by an exceptional actor is sidelined over a boring plot which is the discovery of a mutant cure. This is where the film takes a massive hit because the franchise spent two movies building Jean and introducing the Phoenix but never uses her. Instead of allowing Janssen to shine and commit to the story, she is used as a human prop and sidelined for a story and new characters that no audience member is interested in.

Another major critique the film received was that the origin of the Phoenix doesn’t follow its original conception as a cosmic force and is instead a part of Jean’s mutation. Personally, I don’t mind this change because I enjoy the conversation this change produces. Initially, the main plot within The Phoenix Saga is how the X-Men separate Jean from the Phoenix. So it was new to see a Phoenix story take place where that wasn’t an option. Instead of Jean absorbing Phoenix in space, Charles Xavier is frightened by a young Jean’s potential, so he mentally puts a majority of her powers in a psychic cage, and as a result, it develops its own personality. So instead of the Phoenix being about addiction and how absolute power corrupts, it’s now about consent, suppression, the struggle between being what society wants you to be versus who you are, and balancing your controlled and animalistic side, which are the themes of the X-Men in a nutshell.

Look, “X-Men: The Last Stand” isn’t a great movie and is definitely the weakest out of the three original films, but it’s not horrible either. They had everything going for it: a great source material, a strong cast with established characters, and a loyal fanbase. But for some reason, the creative team didn’t go all-in on Jean which is a shame. And that’s the film’s biggest failure: the fact they had all the pieces for a powerful Phoenix story but didn’t allow Jean and Phoenix to be the hero, anti-hero, or antagonist of the story. Yet, despite that, it did give us one of the best performances in a comic book movie and completed a three-movie character arch (which a majority of these characters don’t go through). “X-Men: The Last Stand” is a solid yet mediocre end to an almost perfect trilogy that doesn’t deserve all the hate it received throughout the years. A lot goes wrong in this movie, but a lot goes right in it as well. So if you go in with the right expectations (or just watch the first thirty minutes), you won’t have a miserable time.

How do you feel about “X-Men: The Last Stand” 15 years later? What did you think of the original X-Men films with the original cast? Let us know your thoughts in the comments section below or on our Twitter account.