The Meaning Of Life In “The Tree Of Life” 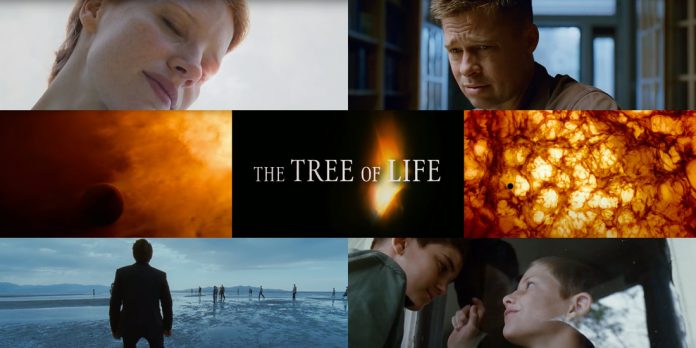 ​After several years of being in development and missing its first two initial release dates, Terrence Malick’s “The Tree of Life” was finally unveiled to the world on 27th May 2011. Malick is an enigma of a director who broke onto the scene in the 1970s with two impactful films, “Badlands” and my personal favorite film, “Days of Heaven.” After scoring success with both films, Malick disappeared off the face of the earth. Well, he just went on an extended hiatus after trying to get his project “Q,” which was Malick’s “2001: A Space Odyssey” The film was meant to be “a history of the cosmos up through the formation of the Earth and the beginnings of life.” Eventually, the concept of “Q” would evolve into Malick’s most personal film, “The Tree of Life.”

In 1997, Malick finally returned to cinema with the critically acclaimed war film “The Thin Red Line” before following it up with an unfortunate box office flop, “The New World,” in 2005. Even though one has to wait a long time for a Malick film to find its way onto the big screen, the wait is usually justified by the sheer beauty and awe of a Malick picture. Despite its confusing narrative, pretentious preaching, and the horribly rendered CGI dinosaurs, it’s been ten years since Malick’s 2011 Best Picture-nominated and Cannes Palme d’Or-winning epic masterpiece was released and people are still discussing what he was attempting to say all these years later with “The Tree of Life.”

If you head on over to Rotten Tomatoes and read the reviews both from the audience and the critics, you will notice an interesting pattern. People either really like “The Tree of Life” or they really hate it. “A cinematic mistake and mess in every conceivable way, The Tree of Life is only worth watching for its stunning visuals.” writes one audience member. “An experimental epic drama with thought-provoking themes worth analyzing, beautiful cinematography, great production values, and stylish direction, making it a masterpiece from a technical standpoint.” writes another audience member. The critics tend to fall onto the side of the latter statement, with the critical consensus being that “The Tree of Life” is a visual treat.

Attempting to sum up the plot of “The Tree of Life” is like trying to decipher the mysterious medieval codex known as the “Voynich manuscript,” to this day, the manuscript has never been demonstrably deciphered. In the present day, the middle-aged Jack O’Brien (Sean Penn) recalls his childhood memories of his family living in 1950s Texas. Through a series of non-linear flashbacks, we witness the dysfunctional childhood home of Jack. Jessica Chastain plays Jack’s mother, a tender, gentle woman who sees the beauty of life and preaches joy and wonder. Brad Pitt plays Jack’s father, who is the polar opposite of Mrs. O’Brien. Jack’s father is a strict patriarch who runs a tight ship, commanding Jack’s and his brothers’ lives. At the very beginning of the film, we see Jack’s mother receiving news in the 1960s of the death of Jack’s brother R.L. which creates further distance between Mrs. O’Brien and her husband. 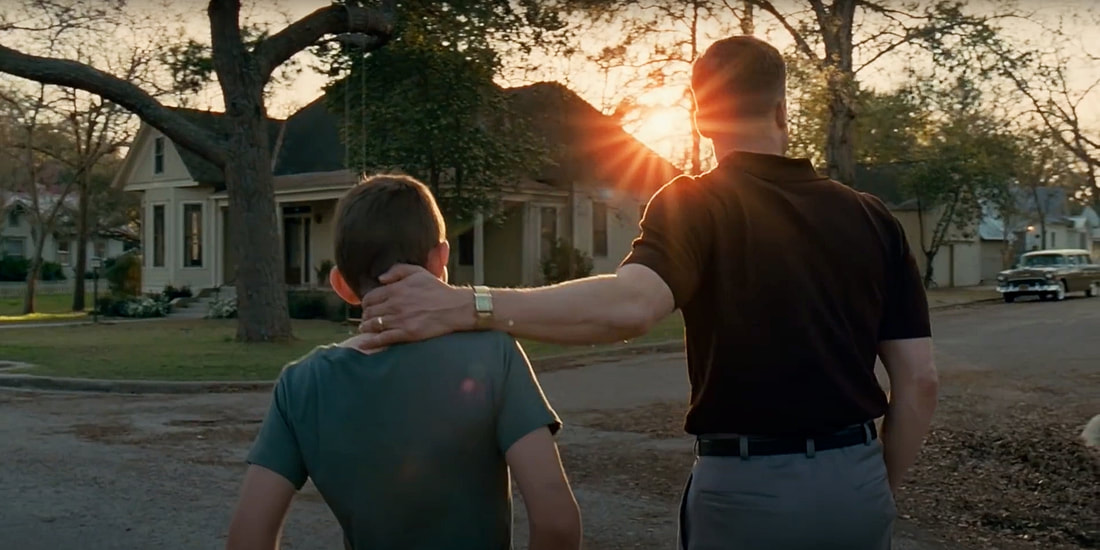 The events that take place in the 1950s and the present day aren’t the only part of the film; Malick also depicts the origins of the known universe and the inception of life on Earth (this is where the CGI dinosaurs come into play). It’s hard to get through the film’s first act, but if the viewer can somehow make it past the CGI dinosaurs, then they will finally reach something resembling a typically structured film narrative. Watching the film a decade on, I find myself relating to it more than I initially did upon my first watch back in 2011. Although I still find it a chore to sit through the film’s run time of 139 minutes and still think the CGI dinosaur scene is laughable, there’s something magical about the film which keeps me invested in watching it. I’m drawn to how Malick presents us with the concepts of grief and emotional turmoil and how our past shapes our present and future.

Malick plays around with the traditional structure and concept of the film narrative; one would assume that we would have more focus on the events of the present day with the older version of Jack and a more unambiguous indication of what has triggered his flashbacks. This isn’t the case, and instead, what occurs is an extended, meandering flashback that is presented to us as a montage of different events that flow from one scene to the next with no clear beginning, middle, or end. Sometimes we can quickly determine how much time has passed between the scenes; other times, it isn’t so easy to figure out.

With “The Tree of Life,” I get the impression that Malick is attempting to show us just how the human mind works when trying to recall memories from years ago. Often when we try to recall just one event, our mind begins to wander, and we find ourselves reflecting on several different circumstances that may or may not be associated with the original one that we were trying to remember. Often our imagination will attempt to fill in the gaps of our memory, and this may alter our overall perception of the events that took place. A Northwestern Medicine study discovered that, “Every time you remember an event from the past, your brain networks change in ways that can alter the later recall of the event. Thus, the next time you remember it, you might recall not the original event but what you remembered the previous time.” Malick plays around with sound and imagery, making it hard to work out whether the voice-over narration accompanies the imagery being depicted on screen or whether it relates to a different time or place.

​By having the segment focusing on the birth of the universe, Malick pulls us back to the concept that all life is created through turmoil and pain. The universe is chaotic; created by the big bang, our sun is a sphere of hot plasma, and by all accounts, we shouldn’t even be here. Still, here we are, trying to cling onto this tiny blue planet in the vastness of space. While our problems and inner turmoil may seem grand and epic in proportion, Malick reveals to us that our problems are inconsiderable in the grander scale of all that has taken place in our universe. Of course, it’s pretty much impossible to understand Malick’s intended purpose as the director rarely gives interviews. Jack Frisk, Malick’s long-time production designer, has even stated that “It’s impossible for me to guess what is in Terry’s mind.” but that he “was shocked by how personal the story was when I first read it. But when I watched the film, I just thought how universal it is.” Even if you’re not a fan of “The Tree of Life” and believe it is just a pretentious mess, you can still admire the director’s vision.

Ten years later and humanity is still trying to figure out what the meaning of life is. If the last year has taught us anything, it’s that time is precious and that there are bigger forces of nature at play. Sometimes nature can be cruel and ruthless, but we have control over the way we respond to tragedy. As Jessica Chastain’s character sums it up, “The nuns taught us there are two ways through life: the way of nature and the way of grace. You have to choose which one you’ll follow. Grace doesn’t try to please itself. It accepts being slighted, forgotten, disliked. It accepts insults and injuries…They taught us that no one who loves the way of grace ever comes to a bad end.”

Have you seen “The Tree Of Life?” If so, what do you think of it? How has it changed for you ten years later? Let us know your thoughts in the comments section below or on our Twitter account.