How The BAFTA Nominations Could Change Everything 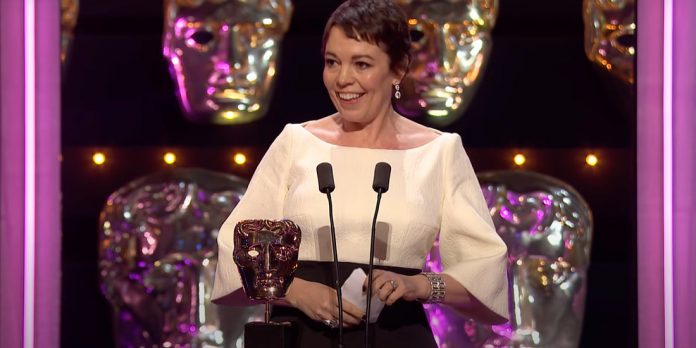 “BAFTA will clear things up.” This is a phrase many of us have replayed over and over in our heads, trying to make our way through the maze that is award season 2020-2021. The nature of this award season is inherently tricky because of the pandemic. But on top of that, the gulf between the critics association’s selections and the televised precursors could not be wider. Additionally, the lineups for the Critics’ Choice, SAG, and Golden Globes have presented a lot of room for interpretation in how to predict the Academy Awards nominees. It has left many of us saying, “It’s all up to BAFTA.”

For starters, no film stands a better chance of skyrocketing at the BAFTAs than “Promising Young Woman.” Considering the BAFTA voter’s history of rewarding British talent making films about problematic American culture, “Promising Young Woman” is an ideal position to pounce and receive a swath of nominations. Evidence to this is the fact that “Promising Young Woman” won a position on about every single BAFTA longlist available this year. The pure goodwill that exists in the world of entertainment for Carey Mulligan and Emerald Fennell, two of the most famous British artists, will likely go a long way. A BAFTA nomination for Best Director for Emerald Fennell could go a long way in solidifying her position in the Oscar race against her naysayers. It is possible that “Promising Young Woman” could achieve anywhere between seven and ten nominations, meaning Focus Features could not ask for better public relations heading into the announcement of Oscar nominations. A strong showing with BAFTA could also put to rest the skepticism a handful of pundits have about the film’s ability to penetrate the ballots of Oscar voters.

BAFTA voters also have consistently demonstrated a sensibility and appreciation for European cinema and more artful-leaning work, which is why “Nomadland” and “Minari” should have a terrific day on the morning of the BAFTA nominations. If these two films underperform, it could indicate weak support among crossover voters at the Oscars. It is significant because both films are on an uphill trend of buzz in the overall race for Best Picture and categories down the ballot. We should expect “Mank” to perform well with, perhaps, double-digit nominations from BAFTA. If it does, much of the “‘Mank‘ does not connect with people!” buzz by Film Twitter types should probably be put to the side. Therefore, if Chloé Zhao, Emerald Fennell, David Fincher, or Lee Isaac Chung miss in Best Director, you know something weird is going on. It is safe to assume Aaron Sorkin will be nominated for “The Trial of the Chicago 7” because I am sure the voters will like the film just as much as any other major group we have seen. But I would not be totally surprised to see his directorial efforts snubbed as a nomination day surprise that makes sense in retrospect.

The sixth spot in Best Director is sure to go to Florian Zeller for “The Father.” There are rumblings that Zeller could be the artful, complex directing choice in the Oscar lineup that bubbles up at BAFTA and then eventually AMPAS after not contending at the earlier shows of Golden Globes and Critics Choice and the more populist Director’s Guild of America. Think “Cold War” in 2018 and how Pawel Pawlikowski stormed the race midway through. But for real: “The Father” is going to be a huge hit at the BAFTA awards – it features the highest level of British talent royalty, hails from roots in European theater and was filmed in London. Expect to see “The Father” perform just as well as it did at the Golden Globes, if not better at the BAFTAs.

The more interesting question in terms of the BAFTA awards relates to the institution’s problematic track record of ignoring Black artists and filmmakers. BAFTA has taken some strides to remedy this problem. For instance, they added an extra nomination slot to some categories, increasing from five to six. One huge divide between the Golden Globe and SAG nominations were films with a primarily Black cast or that were made by Black filmmakers. “Ma Rainey’s Black Bottom,” “One Night in Miami” and “Da 5 Bloods” were granted much higher profile nominations at SAG than at the Golden Globes, which caused a backlash shortly after the Hollywood Foreign Press announced their nominees. Though a leopard never changes its spots, we may see a more concerted effort at decent representation at the BAFTAs.

How these three films perform at the BAFTA Awards will be both interesting and telling. I have the most confidence that “Ma Rainey’s Black Bottom” will earn the most nominations of these three. Its nature of a crafty period piece already lends itself to be competitive in a vast number of categories. But also, with “Ma Rainey’s Black Bottom” being a film of such wide-reaching merit and snob appeal, it leads me to believe it has a decent amount of potential of placing in the Best Film category with only five nominees. If it does, it will be confirmed that the industry is on board with it in, as we have assumed.

On the flip side, “Da 5 Bloods” has failed to maintain its momentum, leaving many of us to drop it from our predictions. If BAFTA goes all in for the film, we will have to reconsider. However, if BAFTA says, snubs Delroy Lindo and Chadwick Boseman in the acting categories, the film’s buzz could continue to dwindle. I do not expect “One Night in Miami” to perform extraordinarily well outside of Leslie Odom Jr. and the film’s screenplay. That being said, if Regina King shows up in Best Director or the film manages any other nominations, it should cause us to sit up and see it as a more thriving film at the Oscars going into winner predictions. At this moment, I do sense the buzz for “One Night in Miami” is more muted than it should be. In fact, the one major category King’s directorial debut has the best shot at winning is Best Adapted Screenplay and, lately, it has lost its footing to the new frontrunner “Nomadland.” BAFTA will either confirm or deny the current trajectories of the buzz for these films in the Oscar race.

Additionally, BAFTA will begin to make sense of the below-the-line categories. Although the guilds always provide the most insight, categories like Film Editing, Art Direction, Costumes, Music/Score, Sound, etc., can always be better discerned in predictions after we see a test run of sorts at BAFTA before proceeding with Oscar predictions. The most interesting category for my money is going to be Best Film Editing. Besides “The Trial of the Chicago 7” and maybe “Nomadland,” no other film has a substantial claim to fame in Best Editing. Whichever films receive nominations from BAFTA will definitely have an advantage heading into Oscar predictions. If “Promising Young Woman” manages to earn a Best Film Editing nomination, it would be a major boost since it missed this category at Critics Choice.

What do you think will be nominated at the BAFTAs this year? Do you think they will have any impact on the Oscar nomination voting this year? Let us know in the comments section below or on our Twitter account.