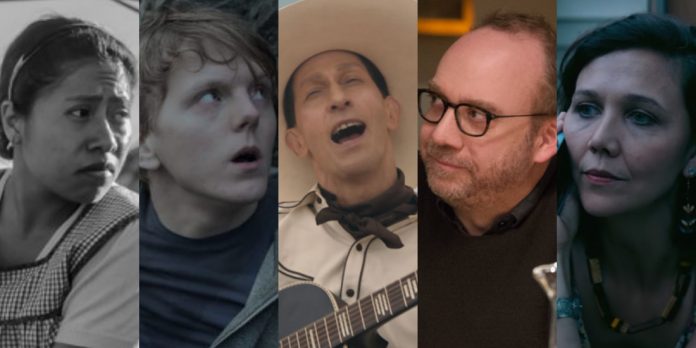 After coming close to a Best Picture nomination last year with “Mudbound” and bringing on a new team of awards publicists to handle their campaigns this year, Netflix is prepared to tackle this awards season harder than they ever have before. Today, Netflix officially launched its awards campaign site and it tells us a wealth of information about who they are campaigning, and what their priorities will be this Oscar season.

Their films are listed not in alphabetical order, but rather, presumably in order of priority this Oscar season.

Roma
Unsurprisingly, “Roma” is listed first. As one of the best-reviewed films of the year, it is Netflix’s best shot at a Best Picture nomination. Netflix has yet to reveal official categories for Alfonso Cuaron’s latest.

22 July
Paul Greengrass’s latest film “22 July,” may have gotten overwhelmed in the hoopla of other festival films, but still managed to receive solid reviews. It appears to be Netflix’s second-biggest push. They are campaigning it for every category it could be eligible for. It is notable, although this is an ensemble piece, Netflix is campaigning Anders Danielsen Lie, the film’s terrorist, as lead, while everyone else is running supporting.

Girl
Netflix has not yet released categories for this one yet.

Shirkers
Apparently, this Sundance hit will be Netflix’s top documentary push this year. Not only is Netflix campaigning the film in Best Documentary, but it is also running the film in Picture, Director, Screenplay, and Cinematography.

Private Life
Notable takeaway: Paul Giamatti (A true co-lead in the film) is running in Supporting.

Quincy
The main takeaway here is that “Quincy” has an Original Song by a multi-Grammy winning Legend. Also, Rashida Jones would get an Oscar nomination if this gets in for Best Documentary Feature.

The Bleeding Edge
No major takeaways

The Land Of Steady Habits
No major takeaways

A 12 Year Night
No categories listed

The Resistance Banker
No categories listed

They’ll Love Me When I’m Dead
No major takeaways

Bird Box
Despite a recently announced AFI Fest premiere, this appears to be about as far down on Netflix’s priorities as it can go based on its list placement. No categories are listed so far.

Outlaw King
No takeaways. But we do now know who composed the score: Grey Dogs

So, it appears Netflix’s biggest narrative pushes are for “Roma,” “22 July,” “The Ballad Of Buster Scruggs” and “The Kindergarten Teacher.” Their biggest documentary push appears to be “Shirkers.” Notable absences from the list include Jeremy Saulnier’s “Hold The Dark,” Gareth Evans’ “Apostle,” and rumored animated contender, “White Fang.”

See the full FYC site here. How many of these films have you seen? How do you think Netflix will do in the awards season this year? Let us know your thoughts in the comments section below.