Annapurna & The Death Of The Mid-Budget Adult Drama 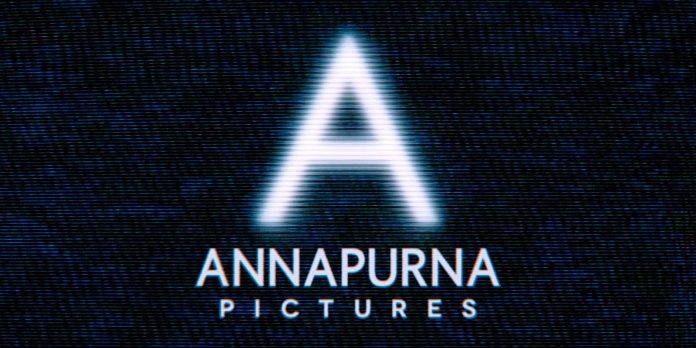 ​Annapurna is in the midst of an apparent crisis, or at least something close to it. On October 9, Annapurna was forced to drop two of its biggest properties: “Fair and Balanced,” the star-studded Fox News Harassment film and “The Hustlers at Scores” a Jennifer Lopez stripper film. On the same day, the studio’s President of Film, Chelsea Barnard stepped down. And suddenly, people had to wonder, is everything alright at Annapurna?

​Although the studio had served as a production company for some time, producing hits like “Zero Dark Thirty” and “American Hustle,” it only recently entered the distribution game. Last year’s “Detroit” failed to gain any traction at the box office despite strong reviews, and “Professor Marston and the Wonder Women” came and went without a peep, while this year, “The Sisters Brothers” has proved to be a dud at the box office and “Sorry To Bother You” couldn’t break $20 million.

The studio has a slew of upcoming projects still, some of the most interesting mid-budget adult dramas on the release docket including their upcoming Richard Linklater film, “Where’d You Go Bernadette.” And one has to wonder if they are in jeopardy right now as well. Unless Annapurna’s “Vice,” “Destroyer” and “If Beale Street Could Talk” are major successes, the studio may have a real problem on their hands. These shake-ups and poor performances suggest a potential cash flow issue.

So why would a studio who is known for producing some of the most interesting projects in the industry be facing financial issues? Because, as many have discussed before, the age of the mid-budget adult drama is all but over. Where the yearly schedule was once populated by films like “Jerry Maguire” and “The Silence Of The Lambs,” those films are few and far between. Most adult fare that still hits theaters is low budget of the under $20 million variety. The studio drama? Well, with a few exceptions, that’s a dying beast. Audiences just don’t go out to see them the way they once did. Studios like Warner Bros. have made it clear that they want to avoid these kinds of projects unless they use proven hands like Clint Eastwood and Christopher Nolan.

Annapurna is just the latest in the long line of studios in recent years who paid the price for trying to buck this trend. STX is licking its wounds after projects like “The Free State Of Jones,” and “Molly’s Game” failed to turn a profit, while Global Road (formerly Open Road) who brought us projects like “Spotlight” and “Nightcrawler” is facing bankruptcy and laying off major chunks of its staff.

A24 seems to be doing fine, but that is largely because they have kept their budgets so low. Everyone loves A24, but if you look at the numbers, they have had very few true box office hits. Only five of their films have broken $25 million at the domestic box office.

Audiences just aren’t turning out for adult dramas in general as they once did. Studios have noticed and are reacting accordingly. When was the last time Disney put out something that wasn’t a remake, sequel, or animated? And as such, for interesting projects that are going to cost more than $15 million to make, today’s most exciting filmmakers are going to TV. And that’s not a bad thing. TV is the future for adult drama. We’ve seen that with shows like “Breaking Bad” and “The Wire” that there is room for extended storytelling and deep character work, without the concern of having to meet box office expectations. Spielberg and Lucas once predicted that cinema would only be the domain of blockbusters one day. Everything else would be streaming. And aside from low-budget indies, that is looking to be the case. TV has long been stigmatized as an inferior medium, but it’s the future of dramatic on-screen storytelling. And many of our best filmmakers realize that.

Here are some of the amazing filmmakers escaping to TV…

Chazelle is basking in the buzz of “First Man,” opening this week, with Variety trumpeting him as “the millennial auteur.” Yet, what is he doing with that “auteur” moniker? Making another film? No. He is working on a TV series for Apple, of which he will write and direct every episode. The plot is being kept under wraps, but as of a few months ago, the project is steaming ahead, presumably as Chazelle’s next project.

Coogler has teamed up with “Short Term 12” helmer Destin Daniel Cretton and poet/playwright Chinaka Hodge for “Minors,” a series that showcases “an unflinching look at institutionalization, examining juvenile facilities and the children who grow up in that system. The series will show how that system shapes young people over a one-year period. Chinaka will write the series, and Coogler and Cretton will direct.”

The director of “The Fly” and “A History of Violence” recently reflected on his grim view of the feature of the theatrical film, reiterating that the collective moviegoing experience in theaters being destined to die and how “he does not care.” But the venerated film director also clarified that he does not think movie-making itself is dying but rather “just evolving.”” Accordingly, he announced his is working on developing his own “long form personal” TV project but is keeping details under wraps.

Alfonso Cuaron is no stranger to streaming, having written and directed “Roma” for Netflix this year. Now, Anonymous Content is developing a horror TV series written, directed, and produced by Cuaron, and starring Casey Affleck.

Immediately after winning his Oscars for “The Shape Of Water,” Guillermo del Toro announced that he would be taking a break from feature directing to focus on TV and producing. So far, he is Showrunning a horror anthology series for Netflix (which he will write and direct episodes for). He is also producing “Wizards” for Dreamworks TV.

Although Ava DuVernay just became the second female director ever to helm a $100 million dollar feature, she has been able to work far more prolifically in TV. She is helming a Netflix series about “The Central Park Five” while busily working on her ongoing TV series “Queen Sugar,” which she produces, writes, and directs, along with an upcoming TV series about Amazon warriors and a comedy series revolving around NFL star Colin Kaepernick.

One of the first A-list directors to make the jump to TV, David Fincher was integral in getting “House Of Cards” off the ground, directing the pilot and dictating the show’s aesthetics. He has since moved on to “Mindhunter”, he will be working on season 2 later this year, before taking a brief foray back to the world of features to direct the opposite of a mid-budget adult drama: “World War Z 2.”

After setting the sci-fi world ablaze on the big screen with the Oscar-winning “Ex Machina” and his less-successful follow up, “Annihilation,” Alex Garland is moving to the small screen, developing a Silicon Valley-set sci-fi project for FX entitled “Devs” which includes actors like Nick Offerman and Allison Pill.

Although the Oscar-winning director is busy promoting his latest film, the low-budget “If Beale Street Could Talk,” he is looking to TV for his more ambitious project, an adaptation of Coulson Whitehead’s “Underground Railroad,” which is moving forward at Amazon. Jenkins will direct every episode of the show.

Following his potential Oscar nomination for “The Favourite,” Yorgos Lanthimos is reteaming with his “The Lobster” and “The Killing Of A Sacred Deer” star Colin Farell for an Amazon miniseries focusing on Oliver North, the disgraced US general involved in the Iran Contra affair.

The notoriously weird auteur made waves last year with comments that suggest that he may be done with big screen film and working entirely on television. He since revised those comments with a slightly more vague view of his future. Regardless, for the time being, his is focusing on TV, between his latest season of “Twin Peaks” and a rumored project with Netflix.

Although Adam McKay is still churning out feature films like (ironically) Annapurna’s upcoming “Vice,” his is deeply embedded in the TV world, showrunning HBO’s “Succession,” which he has written and directed for. He is also developing a series with Will Ferrell for Amazon, which will star Kal Penn and a Netflix series entitled “Dead To Me.”

Peele has smartly used his post-Oscar clout to sign on to a slew of TV shows and feature films. He is currently shooting his feature follow up to “Get Out,” but more interestingly, is the sheer number of TV shows he has become attached to. Peele is currently serving as the new Rod Serling for a “Twilight Zone” reboot that he will also serve as showrunner for. He recently inked a ‘first look’ deal with Amazon TV where he is producing a TV show about Nazi Hunters as well as an HBO horror TV show entitled “Lovecraft Country.”

The “Silver Linings Playbook” director had been developing a massive $160 million dollar TV series with Amazon through Weinstein backing. In the aftermath of last year’s Weinstein scandal, Amazon dropped the project. It seems unlikely that Russell’s TV ambitions have been laid to rest, however.

The iconic director is no stranger to TV, having been involved with shows like “Boardwalk Empire” and “Vinyl” in the past. Having severed ties with Paramount, however, and moved to Netflix to distribute his next film, “The Irishman,” the director seems more embedded with TV and streaming services than ever. He has signed on to helm a big budget passion project focusing on The Roman Empire.

Steven Soderbergh turned heads in 2013 when he announced he was moving away from film, exclusively into TV. As a TV showrunner, he earned raves for “The Knick” and HBO’s “Mosaic.” He has since returned to film, helming “Logan Lucky” and “Unsane,” but he is still deep in the world of TV, co-showrunning a Gregg Araki comedy entitled ‘Now Apocalypse.’

The 80-year old director (who has famously produced a great deal of many tv shows) will make his TV debut, directing episodes of a series entitled “Raised by Wolves” for TNT. The project is a dystopian sci-fi from the writer of “Prisoners.”

In short, the type of directors that were once known for generating our mid-budget adult dramas are flocking to TV, the one place these sort of filmmakers can still find creative freedom and funding. With what we have been seeing with many studios, and most recently Annapurna do you see TV as the future of adult, non-blockbuster storytelling? Let us know your thoughts in the comments section below.

Share
Facebook
Twitter
Copy URL
Previous article
The Next Best Picture Podcast: Episode 111 – The Chances Of “A Star Is Born” Oscar Sweep & The Trailers For “Vice” & “The Mule”
Next article
“22 JULY”