Fantastic Good Will And How To Squander It 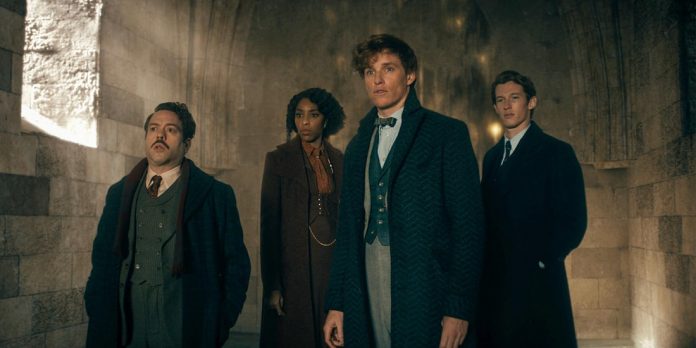 There once was a time when the opening of a new film in the “Harry Potter” franchise was a seismic cultural event. Much like when a new book in the series was released, lines would stretch around theaters, and midnight screenings would be packed with fans. It’s been over ten years since the release of the final “Harry Potter” film, and in its place, a new Wizarding World series has begun – the “Fantastic Beasts” saga. As the release of the third film approaches, the difference in general anticipation between this new film’s opening and that of any of the original “Potter” movies is stark. And while a lot has changed in the general theatrical landscape – not to mention a global pandemic that has impacted the industry in countless ways – the inability of the “Fantastic Beasts” films to capture the general public’s wonder and adoration in the same way as the “Potter” series is mostly a matter of self-damnation. In many ways, the “Fantastic Beasts” series represents some of Hollywood’s worst tendencies when it comes to modern blockbuster filmmaking, which is especially disappointing considering that it’s a pitiful addition to the legacy of the “Potter” franchise, which concluded at its peak.​

The “Harry Potter” film series was and continues to be influential. It kicked off a craze of fantasy-themed movies that have yet to entirely let up, and the niche market of youth-focused books became a ripe source for adaptations, leading to successful franchises such as “Twilight” and “The Hunger Games.” It also was unconventional for a film series at the time to have as many entries as it was planning to have from the beginning. Back at the start of this century, franchises rarely went beyond three or four entries, with horror movies and ill-regarded action films being the notable exceptions. It was once generally assumed that when a series started producing more sequels than can be counted on one hand, the quality would decrease. The first “Harry Potter” film premiered in 2001 when only the first four books had been published. If the series were to see itself through to the end of the written saga, it would take at least seven films. This was stretched to eight, and not only did the series maintain a subjective level of quality, but they were also a consistent box office draw for a solid decade. This long-running franchise model has since become the norm, with major film universes like Marvel and DC stretching their entry numbers into the double digits. The final book – “Harry Potter and the Deathly Hallows” – was adapted into two parts, which became a trend that many film franchises would ape. Not only was the “Harry Potter” series trendsetting in how major tentpoles are pre-planned and released, but it also ended on an undeniable high note. While critical notices were generally positive for the series as a whole, “Harry Potter and the Deathly Hallows – Part 2” capped the eight-movie run with the best reviews of any of the films and some genuine Oscar buzz. It also made more money than any of its magical predecessors, with an astonishing $1.3 billion worldwide. The Potter series had the kind of conclusion that most studio executives could only dream of for their tentpoles. It was successful in every way.
​
But as is the case with modern Hollywood, nothing good can ever lie dormant. In 2016, an additional series in the newly branded Wizarding World had its premiere with “Fantastic Beasts and Where to Find Them.” Inspired by the in-world magical textbook of the same name, this spin-off of the “Harry Potter” films explores the spellcasting universe outside the realms of the story of The Boy Who Lived. The first “Fantastic Beasts” film does a commendable job of keeping itself separate from the Potter series. Unlike the European-set original universe, this film takes place entirely in 1920s America – over half a century before Harry would even be born. All the characters are entirely new. The in-universe terminology is different. It distinctly forges its own path outside of a passing reference to Hogwarts while still existing in J.K. Rowling’s fantastical domain.

In terms of general regard, “Fantastic Beasts and Where to Find Them” was relatively well-received. It has a lower Rotten Tomatoes score than any of the Harry Potter films, with a still-respectable 74%, and it made an extremely admirable $814 million worldwide. Plus, it became the first, and so far only, film in the entire Wizarding World canon to win an Oscar when it unexpectedly won Best Costume Design for Colleen Atwood’s period-appropriate outfits. And while, anecdotally, it may not have had the impact of any of the films in the original series, it seemed to signal an auspicious start to an entirely new wing of the sprawling mansion that is Rowling’s media empire.

Everything changed when Grindelwald attacked. In 2018, we saw the release of the second film in this saga, “Fantastic Beasts: The Crimes of Grindelwald.” Not only was it a marked stepdown in quality from the last film, but it also seemed to signal a betrayal of the independent and distinctly original vision that its predecessor promised. Critics were not impressed, and while it still made the kind of money the average film would dream of, its worldwide gross of $654.9 million is by far the lowest of any of the ten films that make up this universe. The film is, frankly, a mess. It takes on too many plotlines, new characters and ends up being incomprehensible. Not only is it a confusing endeavor, but it’s also dour and dull. None of the performances give off an energy that engages the audience, making the whole film feel like a waste of time. The main problem is Rowling’s screenplay. Unlike any of the adaptations of her “Potter” novels, she’s scribed the “Fantastic Beasts” films herself, and her writing skills are not well-matched to the structures and requirements of screenwriting.

The most frustrating element of “The Crimes of Grindelwald” is how unabashedly it tries to recapture the magic of the “Potter” films. Whereas the first “Fantastic Beasts” is an intentional departure from nearly every element of the original series, besides the general concept of witches and wizards, the second film is stuffed with characters and locations that harken back to the “Potter” stories. Most of the movie is set in Europe, and it even takes a perfunctory side trip to Hogwarts in its meandering second act. Here, the audience is reintroduced to a younger Dumbledore (Jude Law) and is even given a brief glimpse of Professor McGonagall (Fiona Glascott), which is suspiciously gratuitous considering the film takes place eight years before her canonical date of birth. Even the titular villain is depicted as little more than a beta version of Potter’s nemesis Voldemort who enacts the same dastardly purity-of-blood plan of action. The movie is so evident in its desperate attempts to capitalize on the audience’s love of the “Harry Potter” tales.

These would-be crowd-pleasing efforts are typical of modern blockbuster filmmaking. The only type of story that major studios currently seem interested in telling are masturbatory, nostalgia-based romps that attempt to charm by recalling the well-loved movies of yesterday but only come off as increasingly cynical and soulless. Too often, franchises on life support are dragged out for yet another go at the multiplex well beyond their viability – the “X-Men” franchise and specific segments of the DC Extended Universe are perfect examples of this rotten ideology. But the direction that the “Fantastic Beasts” saga is going in may genuinely be the worst of the worst, mainly because it seemed to begin with a somewhat inspired and different vision for the Wizarding World. Not even the beasts are fantastic anymore, only being deployed half-heartedly when the plot calls for them. They come off as mediocre, one-trick “Pokemon” rip-offs that are used to simply justify the title of the series and pretend that it’s anything more than essentially “Harry Potter: Origins.”

Once again, theatergoers will be able to enter the somewhat magical world of British-accented conjurors with the upcoming release of the third film, “Fantastic Beasts: The Secrets of Dumbledore.” The initial word is that it’s a step up from the previous film, quality-wise, although reviews are far from euphoric (Read our review at Next Best Picture and be sure to listen to our podcast review this weekend). After the disappointing splat that was “The Crimes of Grindelwald,” audiences may be hesitant to give the franchise a third go. It also must be mentioned that the most public-facing creative voice of the franchise, J.K. Rowling, has stirred up mountains of controversy in recent years for her outspoken transphobic views, making many of the fans who grew up with the series hesitant to financially contribute to the ultrarich author. In addition, the hiring and subsequent firing of Johnny Depp as the saga’s central villain upset a great many people, most notably the actor’s multitudes of extremely vocal fans. These factors, plus a delay in filming due to COVID-19, have weighed the fantasy series down with real-world drama and dilemmas. Astonishingly, there are two additional “Fantastic Beasts” films planned to follow “The Secrets of Dumbledore.” Time will tell if audiences turn around on this woebegone film series or if it will limp to its ending in a sad reversal of the “Harry Potter” films’ glorious finale.

​What do you think of the “Fantastic Beasts” franchise so far? Have you seen “Fantastic Beasts: The Secrets of Dumbledore” yet? If so, what did you think? Please let us know your thoughts in the comments section below or on our Twitter account.