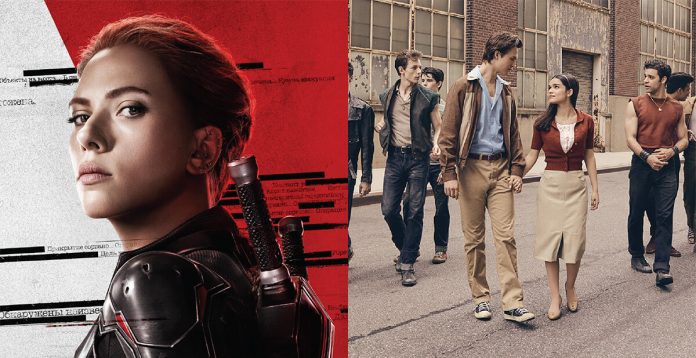 Though it should come with little shock at this point, Disney has announced a slew of new release dates for many of their upcoming films. “Black Widow,” “Death on the Nile,” and “West Side Story” all moved from their upcoming 2020 releases into 2021, sending ripple effects through their 2021 slate. This is further bad news for theaters, who have had little success in reopening this fall.

As noted by Variety, “Black Widow” moved from its November 6th release to May 7th 2021. “The Eternals,” the next entry in Marvel’s Cinematic Universe, was scheduled for February 12, 2021, and now moves to November 5th, 2021. Interestingly, “Shang Chi,” initially scheduled to premiere after “The Eternals,” moved to July 9th, 2021.

Steven Spielberg’s new version of “West Side Story,” moves a full year from December 18th, 2020 to December 10th, 2021. While this should have a significant impact on our Oscar predictions, the move makes sense. December feels like the right time for a big-budget classic musical.

Elsewhere, “Death on the Nile,” Kenneth Branagh’s sequel to “Murder on the Orient Express,” moves just slightly, from October 23rd to December 18th. With smaller box office expectations for “Nile” than for the Marvel films, it’s easier to imagine Disney releasing this to whatever theaters will remain open, and swiftly releasing the film to Disney+ or VOD.

​Most notably, Disney announced nothing regarding Pixar’s “Soul,” currently set for release on November 20th. Reports last week indicated Disney may send the film straight to Disney+, though there was no confirmation of that rumor. While “Mulan” certainly did well in the unique video-on-demand-on-Disney+ situation, it’s understandable that Disney will want to take their time with “Soul.” It’s a film with high box office potential, and high awards potential as well. Without any update today, we can assume Disney is keeping the film in 2020, one way or the other.

What do you think of these new release dates? Do you think “Soul” will head to Disney+, or move to 2021? Let us know in the comments section below or on our Twitter account.