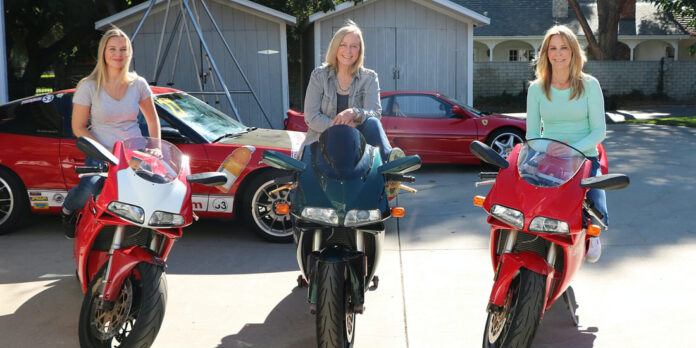 It seems like every year around awards season, film fans ask the same question: “When will the Academy recognize stunt performers?” Sure, they have their own trophy (Taurus World Stunt Awards), a stunt ensemble category at the SAG Awards, and a stunt coordination category at the Creative Arts Emmys, but what about Oscar? Stunt coordinator Jack Gill has been fighting for 29 years to get a stunt category, which Bilge Ebiri says is surprising considering “during that time (1) the film industry has become completely dominated by action movies, which are heavily reliant on stunts, and (2) the Oscars have struggled with decreased viewership and an increased sense of irrelevance, as evidenced by their occasional attempts to find ways to honor more big blockbusters. You would think the Academy’s Board of Governors would have put two and two together by this point and established a Best Stunts category.” The Academy can award Brad Pitt for playing a stunt performer in “Once Upon a Time…in Hollywood,” but they can’t recognize, you know, actual stunt performers? It’s getting old, and April Wright’s new documentary, “Stuntwomen: The Untold Hollywood Story,” proves why stunt performers deserve to be awarded the most prestigious golden statue in Hollywood. In particular, Wright’s focus is on the women who drive the thrills behind the biggest action set pieces of the biggest Hollywood blockbusters. How they risk their lives every day on-screen and fight for equal rights and against sexism and harassment off-screen. While all stunt performers feel unappreciated in Hollywood, female stunt performers also feel so in their own office.

With her documentaries on the movie palaces of old and the ever-decreasing and increasing love of the drive-in, it was inevitable that Wright would tackle an aspect of films themselves, and she found the subject thanks to the novel of the same name by Mollie Gregory. “Fast and Furious” star Michelle Rodriguez provides narration as “Stuntwomen” travels through movie history to highlight the women that made her and many others fast and furious. It’s a captivating film that weaves personal interviews with a treasure trove of archival footage and images. Directors like Paul Verhoeven, Paul Feig, and Anne Fletcher discuss the importance of stunt performances, while the stunt performers themselves, more importantly, get the time to shine. There are interviews with pioneers in the industry like Jeannie Epper (“Wonder Woman” & “Charlie’s Angels“), Julie Ann Johnson (the first female stunt coordinator for a TV show on “Charlie’s Angels”), and Jadie David (“Foxy Brown”); legendary stunt driving sisters Donna Evans (“Total Recall” & “Speed”) and Debbie Evans (“The Matrix Reloaded & “The Fast and The Furious”); those working today on TV and in the biggest franchises like Amy Johnston, Alyma Dorsey, Heidi, and Renae Moneymaker, and Melissa Stubbs who, through her stunt coordination on the “X-Files” revival, we learn how important that role is, like a director, in making the most electrifying, edge-of-your-seat action sequences happen.

“Leaping over walls, playing in traffic, taking a punch, landing a kick, twirling in space, sometimes holding sharp objects, feeling the heat of an explosion. These are just some of the routine dangers they face at the office,” Rodriguez narratives alongside an opening montage with some of our favorite action sequences on film, from “Mad Max: Fury Road” to “Wonder Woman” to “Kill Bill” to “Atomic Blonde.” However, while certainly hard-hitting, this introduction is one of the film’s rough spots. It feels quite jarring as you’re hit with various images very quickly without any time to breathe, with talking-head interviews in between that feel lost, and the original song – written by Diane Warren and performed by Mickey Guyton – that’s thrown in only for a few seconds like they didn’t know how to incorporate it properly.

But the film finds its footing, going through the motions as it backtracks to the 1910s as actress Helen Holmes performs her own stunts on film – the first actress to do so. Along with these pieces of film history, Rodriguez and a couple of stuntwomen watch in awe as these women did what they still do, but without a safety net. The admiration that stuntwomen working today have for those who came before is evident, and it’s a feeling that’s infectious. It’s a treat to hear them discuss these silent movie scenes. The film also dives into history, thanks to TCM’s Ben Mankiewicz, and explains that during this time, stunts were looked at as something to provide humor (think Buster Keaton films), but as the industry grew, stars became too bankable, too valuable to be putting their lives at risk. But as movies grew in popularity, there were fewer women on screen – the business quickly establishing itself as a patriarchal one. However, with the rise of action and disaster films in the ‘70s, along with the wave of feminism reflected in pop culture, women stunt performers were in higher demand. The pioneers of this time talk of their experiences on set and each are incredibly fascinating. While these women opened many doors, the fight to be included and recognized in a man’s business made their work rough. But as one stuntwoman points out, it’s still rough.

Along with clips of various stuntwomen training together, discussing their favorite stunts and demonstrating them, they make a point of emphasizing that unlike men, they must fight through the pain and broken bones because stuntwomen aren’t allowed to feel pain or show weakness. Stuntwomen have to work harder and prove themselves more because they could lose their job to a man. Yes, men putting on a female costume and a wig to double a woman is still a thing. One stuntwoman discusses an experience where a director refused to hire any stuntwomen for a scene where a group of people gets shot. “They have no problem putting a bunch of naked girls on screen, but oh, we can’t have any [women getting shot],” she says. This results in ten stuntmen getting hired, and no women do. Like any industry, these women have to fight for equality and against sexism, while also trying not to be affected by the physical demands of being a woman in Hollywood. These women aren’t immune to the pressures of conformity – they aren’t immune to suffering from body dysmorphia. It seems to come with the territory when working in Hollywood, but it’s harder for them because they have to be thin to physically match their actress, but also muscular in order to perform well at their job. As invaluable as they may feel, this documentary makes the audience have no doubt of their value.

Who could forget Brie Larson accepting her MTV Movie Award for “Best Fight” with her stunt doubles, Joanna Bennett and Renae Moneymaker? It was an empowering moment and a reminder that, as the film states, “stuntwomen have to play actresses playing characters while driving fast and kicking ass.” The film is feel-good in a way as you get to watch these risk-takers live life at full throttle and doing things that feel far from possible. It’s also emotional too, as the veterans struggle with no longer being able to do the crazy things they used to do and you can see the lasting effects of loss endured over the years. Wright’s “Stuntwomen” is a beautiful tribute to the committed performances of the talented artists working today, those who came before, and those who lost their lives for our entertainment. There’s a famous quote applied to Ginger Rogers about how she could do everything Fred Astaire could but “backwards and in high heels.” This is the message “Stuntwomen” carries more than anything.