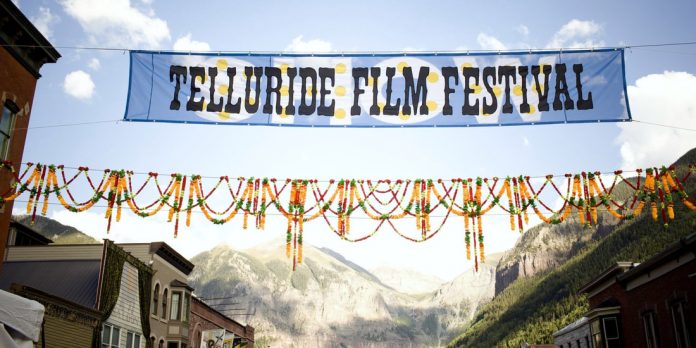 ​I’ve been following the Oscars since 2004. I officially became hooked when my favorite film of all-time (“The Lord of the Rings”) was awarded the Best Picture prize for “The Return of the King” along with 10 other Oscars, tying the all-time win record. It took me awhile to realize that it’s not about my favorite films winning but enjoying the intricacies of the race itself. That race officially kicks off tomorrow (well, technically today if you include the Venice Film Festival) with the launch of the Telluride Film Festival. It’s a festival I’ve dreamed about attending for 15 years and now, finally in 2019 that dream will become a reality.

Serving as a launch pad for many Best Picture nominees and winners (with a massive streak that lasted through the 2010’s until last year’s winner, “Green Book” premiered at TIFF instead of Telluride), attending Telluride should be the dream for any Oscar fan. The question always was though…”How does one attend Telluride?” How do I enjoy myself on the same level as a Sasha Stone or Kris Tapley? Surely, not as a casual festival goer. No. I would have to attend as a member of the press. And then there is another dilemma…”How do I afford to attend Telluride?” I’m still figuring that one out as my wallet is currently crying but my heart is surely singing, for tomorrow I will be up in the Colorado mountains, basking in the beautiful weather and watching my favorite types of movies: awards season contenders.

My anticipation is through the roof as I type this up, 24 hours before my plane is set to land. There has already been a lot of talk about what might play at Telluride this year (the lineup is always a secret until the 1st day of the festival). Thanks to the work by Michael Patterson at his film blog, Jordan Ruimy and other eagle eyed movie lovers who saw which films were classified as world premieres or not at certain festivals, I have a good idea of what to expect this Labor Day Weekend.

And if Michael Patterson’s expertise is anything to go by (the guy pretty much tracks the Telluride lineup year round), here are a bunch of other possibilities which could play at the renowned festival this weekend…

A lot of these are wishful thinking and some of them are all but confirmed. Some, I’ve already had the benefit of seeing such as “Parasite” and “The Report.” Others, I will catch at NYFF such as “Pain And Glory” and “Portrait Of A Lady On Fire.” Who knows what the future holds? All I know, is that I haven’t been this excited since the first time I went to Sundance but this is something different. This is special.

To be an Oscar pundit and to get the chance to go to Telluride is a dream come true for me and honestly, something that I never thought I would be able to do. I cannot wait to re-engage with friends Clayton Davis and Mark Johnson from AwardsCircuit. I cannot wait to finally meet Sasha Stone and Marshall Flores from AwardsDaily. And I also cannot wait to meet Erik Anderson from AwardsWatch. To have Next Best Picture be in the heart of awards season with some of these names who I have been following for years is truly massive for me. I also cannot wait to meet countless others who I have only interacted with on social media (and of course, say hello to a few familiar faces) and to maybe (maybe not) meet some stars in the process.

Wish me luck everyone. I will do my best to keep you all updated on Twitter and hopefully (if the stars align) I will be able to get you all a podcast from on the ground during the festival itself over the weekend. Thank you for your continued support. Off I go!

“So much time and so little to do…wait a minute. Scratch that. Reverse it.”