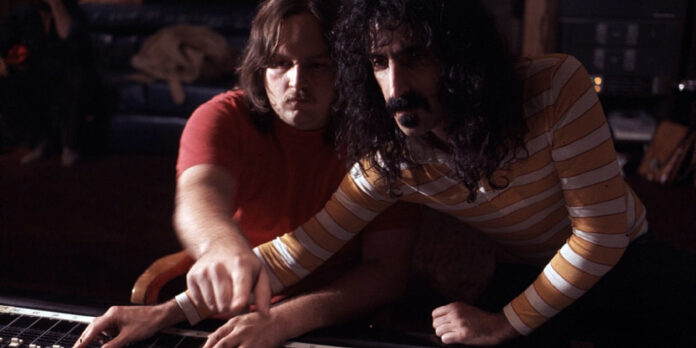 THE STORY – With unfettered access to the Zappa family trust and all archival footage, filmmaker Alex Winter explores the private life behind the mammoth musical career that never shied away from the political turbulence of its time.

​No matter how many things change in the world, the urge to tell the life story of a famous artist is one that will never subside. The landscape has been littered with countless commentaries on the lives of creative people and the complicated conflicts that engulfed their careers. Nowhere is that more prevalent than in the films that look into the flamboyant lifestyles of infamous musicians. It’s a breeding ground for outlandish tales and intense melodrama to be on display and that can become quite successful. “Zappa” does follow in some of these footsteps, but is translated into the medium of documentary. It presents a wide scope of a challenging artist and the battles he fought to fully achieve his daring vision.

As evidenced by the title, the subject of this film is Frank Zappa, the famous musician, and composer whose bold and audacious creativity fueled a unique soundscape throughout many decades of the 20th century. The narrative charts his humble beginnings as a struggling artist, to the formation of the band The Mothers of Invention, to his experimental solo career, all eventually leading to his untimely death from prostate cancer in 1993. What’s presented is a wide range of triumph and turmoil that Zappa underwent to see his creations come to fruition and the personal sacrifices he had to make along the way.

There’s an utterly unique style that runs all through the film and it’s a tone that director Alex Winter (“Bill and Ted”) manages to make quite compelling. Manic energy pulsates throughout the storytelling which gives a more experimental flare to what would usually be a pretty traditional biography. The jarring edits and wild techniques sometimes are grating, but it often gives a deep insight into the personality of its subject. Zappa himself is shown to be a strong individual and the filmmaking often indulges in mimicking this mindset. It helps to not only keep one engaged in the film but also informs the greater context of this life that was lived. Winter does a credible job at taking what could be stale material and infusing a vibrancy to it that makes it all the more appealing.

Still, for as much innovation is attempted in crafting this film, one still cannot disregard the rather pedestrian trappings the story sets for itself. While the execution may be a bit more daring, underneath is still a familiar tale of the life of a famous artist that is quite literally tracked from womb to tomb. The beats that we come to expect in such retellings are all present and while this does document actual events, the presentation still feels somewhat predictable in its delivery. The more expected elements often widen the scope, which allows for several tangents that disrupt the overall flow. Some of these excursions have intriguing glimpses themselves, particularly a collection of extraordinarily vivid animation sequences. However, these more interesting sections are still trapped within a frame that does not deviate from what previous films have done in the past, be they documentary or fictionalized narratives.

However, no matter how formulaic some beats may be, one cannot be resistant to the subject of Zappa himself. He is mainly seen only through a collection of archival footage, with the talking heads appearing few and far between. It really does help to create a greater understanding of his artistic process and how his fiercely independent spirit drove his ambitions. The full insight into his mentality works especially for the uninitiated who may only have a passing familiarity with his life and work. Through this footage, we are treated to one man’s dedication to striving for perfection and the turbulent lengths it took to get there. Once again, it is not the most revolutionary of explorations, but seeing it on display is still captivating to watch. Zappa’s personality can be disagreeable, but he remains a fascinating figure throughout the film.

If one is looking for a wholly original take on the documentation of the life of a famous artist, then “Zappa” is not going to deliver on that front. So much of what is expected in these films, whether documentary or otherwise, is still present and the plotted points are recognizable and fairly banal. However, that is not to say this film is lacking in innovation. The style does bring a flamboyancy to the craft and creates methods that endear one to the brash yet creative persona of this particular artist. The production of these types of stories will never cease, but this one does find enough interesting avenues to justify the light being shown on a difficult yet talented character in history.