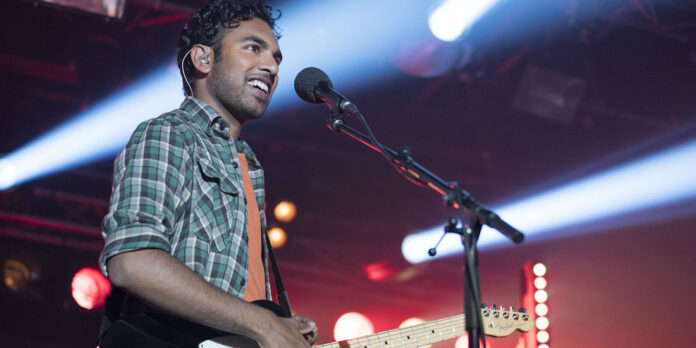 THE STORY – Jack Malik is a struggling singer-songwriter in an English seaside town whose dreams of fame are rapidly fading, despite the fierce devotion and support of his childhood best friend, Ellie. After a freak bus accident during a mysterious global blackout, Jack wakes up to discover that The Beatles have never existed. Performing songs by the greatest band in history to a world that has never heard them, Jack becomes on overnight sensation with a little help from his agent.

​​​With “Yesterday”, Danny Boyle has crafted a type of film which may seem fairly un-Boyle: a happy, crowd-pleasing comedy. The director of such bleak and/or intense films as “28 Days Later,” “127 Hours,” and “Trainspotting,” he has always seemed to enjoy exploring characters operating under the direst of circumstances. “Yesterday” is a surprising reprieve from movies like this. It is a perfectly pleasant film with a brilliantly original concept and charming performances that cannot help but occasionally stray into shockingly typical plot lines.

Without a doubt, the best thing “Yesterday” has going for it is its high concept: a man suddenly finds himself as the only person who has ever heard of The Beatles, and he uses this apparently-unique knowledge to further his own music career. This man is struggling singer-songwriter Jack Malik, played by the winning Himesh Patel, who is just about to give up on his music career when he is literally struck with this newfound ability. He sees rapid success by appropriating the music of The Fab Four, and in doing so leaves behind his small English town, his parents, and his ultra-supportive manager Ellie, played by sunshine-in-human-form Lily James. Unfortunately, fame isn’t what Jack expects it to be, especially when pretending to have written some of the most popular and acclaimed songs in modern music.

If all of this sounds a bit familiar, it is. The inciting incident is very clever, especially as we see Jack struggle to comprehend that nobody else has ever heard of The Beatles. Because of this, the first act of the film is comedic gold, and my audience, in particular, was vocal in their amusement at all the references to anything Beatles adjacent. Unfortunately, once the novelty of this concept wears off, the story that remains to be told can’t help but follow some disappointingly predictable beats. Jack’s struggle to remain artistically true in the world of commercial music, the cynical characters he meets along the way, the distance he feels from his roots the further he gets from his home, the stress about having secrets revealed…it is all a bit familiar to anyone who has seen any number of the “star is born” movies that are out there. The film does take a few brief turns that are unexpected and refreshing, but they are undermined by the predictable moments that got us there.

The biggest casualty of such familiar screenwriting is James’s character, Ellie. The strife that she and Jack go through thanks to his rapid success is conventional to the point of being boring. Lucky for the film, James is possibly the most delightful and charming actor working today, and she sells her character’s stress as best she can without being tiring. She and Patel also have great chemistry, which further saves their moments together from being completely wasted.

Despite these lulls, the film is thoroughly engaging from start to finish. Patel is an exciting find for film audiences, who may be unfamiliar with his extensive work on British television. With a great singing voice and charming personality, he is easy to root for, even when his character is essentially selling a lie. Director Danny Boyle keeps the tone light and, in his signature way, the pace is pleasantly quick and kinetic. It may not have the visual flair of his “Slumdog Millionaire,” but it never feels anything less than the fun romp it is, even when it dips into those previously-mentioned familiar tropes.

If you have even a passing affection for The Beatles, you’re sure to enjoy hearing their songs in a new interpretation from Patel’s character. Fun performances and a zany concept, along with Boyle’s bouncy direction, help keep “Yesterday” highly watchable. Despite my misgivings, this is guaranteed to be a crowd-pleaser.