A Revolution: How The Beatles Changed Cinema Forever 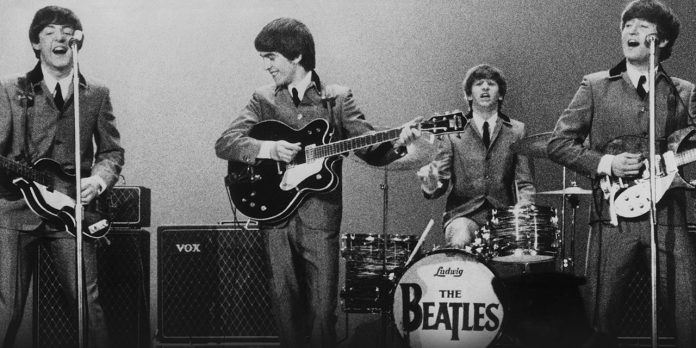 ​When it comes to popular culture, there’s the Beatles and then there’s everyone else. To merely call them influential would be to downplay the ways in which they’ve shaped our current world. Their innovative approach to songwriting and recording changed the way we listen to music, while their dry wit and willingness to challenge social norms ushered in the era of the postmodern celebrity.

It doesn’t stop there. In between their droll press conferences and chart-topping singles, the Beatles also found time to innovate on film. They starred in five releases between 1964 and 1970, and with each, they managed to break down cinematic barriers, create entire subgenres, and co-opt techniques that would later become industry standard. Danny Boyle’s new film “Yesterday” shows us a world where the Beatles’ music never existed; but as the group’s resume proves, a world without their film work would be just as bleak. ​

John, Paul, George, and Ringo burst onto the screen with 1964’s “A Hard Day’s Night.” The film started out as a blatant attempt to capitalize on Beatlemania, with UA figuring they could rely on the soundtrack to sell tickets. That was the formula as far as rock-based films were concerned: thin plots, thinner acting, and lots of new songs. Elvis Presley had been doing it for years. However, adhering to a formula was not what the Beatles and director Richard Lester hand in mind.

The group’s intellect and energy were evident from their first TV appearance, and Lester knew that for him to succeed meant finding a way to highlight these attributes. His solution? Make a rock film that parodies other rock films. “A Hard Day’s Night” is a hilariously self-aware romp, poking fun at the mythos of the genre while celebrating its simpler pleasures. The Beatles play themselves, deploying snarky comments to reporters and cheeky grins to fans who chase them from gig-to-gig. They also mock each other endlessly, whether it be a crack about Ringo’s nose or Paul’s love life. They cut right through the fluff of those earlier Elvis films and established a biting take on stardom that’s still being used today. “This Is Spinal Tap”, “Walk Hard: The Dewey Cox Story” and “Popstar” wouldn’t be the same without it.

From a technical standpoint, the Beatles and Lester changed the way musical performances were shown on film. In an effort to maximize their tight shooting schedule, the director used a multi-camera technique during most of the group’s songs. He gave his cameramen free rein throughout, and the shots they came up with included crowd reactions, profile angles, and close-ups of the musicians’ hands and feet. These shots gave the performances an intimacy that had never before been seen, and rock has never looked back. The Beatles took this practice a step further in 1966 when they teamed with Michael Lindsay-Hogg to release the proto-music videos for “Paperback Writer” and “Rain.” George later joked that the group “invented” MTV, and truthfully, he’s not far off.

The Beatles reunited with Lester for 1965’s “Help!” The film boasted a larger budget, gorgeous tropical scenery, and a technicolor sheen that remains stunning to this day. It also had to contend with four stoned leads. The group had been introduced to pot since wrapping “A Hard Day’s Night”, and their humor takes on a more surrealist tone as a result. The opening sequence of “Help!” is a perfect example: the Beatles use four separate doors to enter the same flat, which is broken up into color-coded sections. John tidies up his reversible bookcase before sinking into a floor bed. George reads a paper while a man with chattering teeth cuts the indoor grass, and Paul plays a rising organ decorated with comic books. “A Hard Day’s Night” looks like a documentary by comparison. 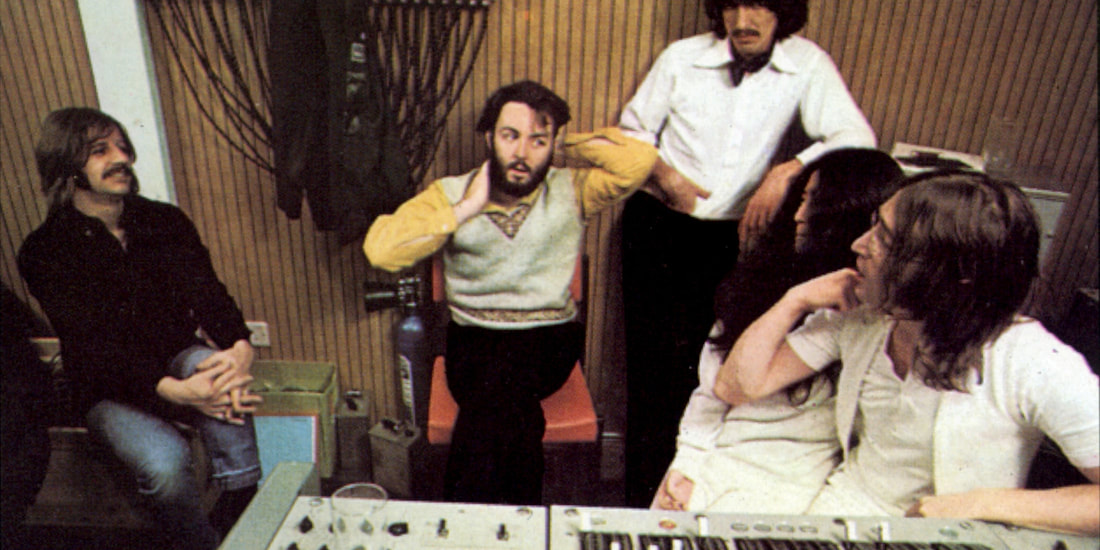 The premise is similarly absurd: Ringo stumbles upon a cursed gem, and the group must outrun the Indian cult who want to reclaim it and make the drummer their human sacrifice. Lester takes stylistic cues from silent-era slapstick and the comedy of the Goons (a troupe led by Peter Sellers) to string these outlandish bits together, and it makes for the Beatles’ funniest overall effort. There are clever sight gags and double entendres packed into each scene, and while it may lack the sophistication of the previous film, its influence on campy shows like “Batman” and “The Monkees” cannot be overstated. The finale, where all the characters come together for a massive fight, hints at the same anarchic glee that would later be found in Mel Brooks’ “Blazing Saddles” and “Monty Python and the Holy Grail.”

The Beatles took over directing duties on their next release, 1967’s “Magical Mystery Tour.” They had become fully engrossed in psychedelia by now, and it shows, as the film is brimming with abstract songs, surreal imagery, and hordes of bizarre, nameless characters. Anyone puzzled by the oddity of “Help!” will be thoroughly turned off here, as “Magical Mystery Tour” veers from one baffling scene to the next without much logic. In one scene, John plays a waiter who serves his patrons spaghetti with a shovel. In another, the Beatles play wizards with unusually high-pitched voices. Don’t bother asking why. You never get an answer.

“Magical Mystery Tour” was derided by critics and fans alike when it was released on the BBC, marking the first time the group had taken a creative “misstep.” Nevertheless, the film has gained a cult-like reverence over the years, influencing the likes of Monty Python (again) and Steven Spielberg (!!!), who reportedly told Paul that he studied it while he was in film school. It remains the most vexing and inaccessible of the Beatles’ releases, and for that alone, it’s a fascinating watch.

Where “Magical Mystery Tour” saw the Beatles take artistic control, 1968’s “Yellow Submarine” sees them contribute little more than their likeness. They were not enthusiastic about doing another film and only agreed to do so because they needed to fulfill their UA contract and an animated feature would be less taxing than live-action. They were pleasantly surprised, however, when they saw the work that director George Dunning and his animation team had done. They donated a batch of new songs to the soundtrack (chief among them the slinky rocker “Hey Bulldog”) and agreed to make a live-action cameo in the final scene.

​Despite their minimal involvement, “Yellow Submarine” was another instance where the Beatles were on the cutting edge. The animation is a stunning fusion of influences, ranging from psychedelia and pop art to minimalism. It provides a lavish backdrop for some of the group’s most beloved singles, like “All You Need Is Love” and the title track. The content of the film was also groundbreaking, as it mixed childlike whimsy with darker, adult themes that were not widely accepted in mainstream animation at the time. The success of “Yellow Submarine” would serve as a major influence on subversive classics like “South Park” and “The Simpsons” (especially the episode “Last Exit to Springfield”). Pixar co-founder John Lasseter has also credited the film with helping bring interest to animation as a serious art form. Not bad for a supposed filler project.

The Beatles’ film career came to a somber end with 1970’s “Let It Be.” The documentary follows the group as they record songs for what would be their final studio album. It offers perverse, fly-on-the-wall glimpses into the Beatles’ late period, but seeing as it is not a fictional narrative, there’s little to glean in terms of influence. (Peter Jackson said that he’s working on his own cut of the film with previously unused footage.)

That the Beatles’ films are still being analyzed and repackaged some fifty years later is a testament to their originality. It is also a testament to the group’s collaborative spirit. They were smart enough to work with directors like Richard Lester and Michael Lindsay-Hogg, or animators like George Dunning, who shared their hunger for reinvention and constantly refined their best ideas. Together, they transcended music and film and reached that rare, euphoric space where art has no boundaries.

Have you seen “Yesterday” yet? What do you think of The Beatles? Let us know your thoughts in the comments section below or on our Twitter account.