Will The Oscars Be Cruel To “Cruella?” 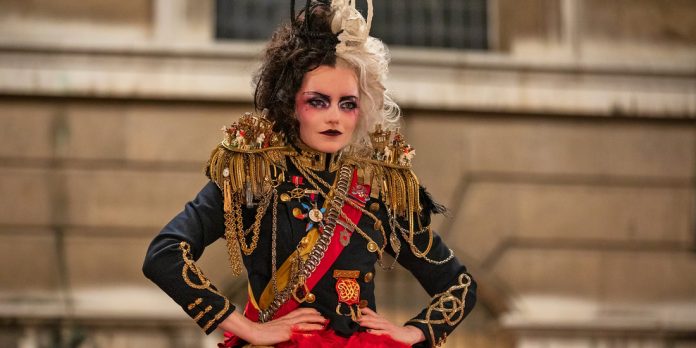 This week, “Cruella,” the live-action prequel centering on the origin story of the classic Disney villain Cruella de Vil, enters both theaters and the Oscar race in a few below-the-line categories. After the trailer dropped, it was obvious Disney had another contender on its hands for categories such as Costume Design and Production Design. But what are “Cruella’s” chances of victory? A live-action retelling of a classic Disney animation has proven as of late to be a good way of receiving Best Costume or Production Design nominations and sometimes both!

Here are the live-action Disney property-based films that received nominations in these categories. * marks an Oscar win.

Only “Alice in Wonderland” was able to pick up a win in either category. For “Cruella,” it’s most likely going to receive a Best Costume Design nomination since it is set against the backdrop of the fashion industry, and the Academy loves to nominate films that center on that (“The Devil Wears Prada,” “Phantom Thread,” etc.). The film’s designer is an industry favorite, Jenny Beavan, who’s reaped 10 Oscar nominations, winning twice for “A Room with A View” (in 1987 with John Bright) and most recently for “Mad Max: Fury Road” (in 2016).

“Cruella’s” scenery could also end up amongst the five Best Production Design nominees. Fiona Crombie (production designer) and Alice Felton (set decorator) were most recently nominated for another Emma Stone film, “The Favourite” (2018). But unlike the movies listed above, “Cruella” isn’t the only live-action based on its source material: “101 Dalmatians” (1996) starring Glenn Close was unable to receive a nomination in either category, even with the villain’s legendary Dalmatian outfits and set design.

One last category is to look out for “Cruella” to make its mark in is Best Makeup and Hairstyling. Disney based properties have done as well in this category with nominations only going to “Maleficent: Mistress Of Evil” and most recently, “Pinocchio,” with no wins. The good news for the villain origin tale is that “101 Dalmatians” was able to score a BAFTA nomination in this category. Unfortunately, there were only three Oscar nominees in that category at the time, and the Academy eventually snubbed the film for a nomination. But now that the category has been expanded to five nominees, there’s a good chance we could see “Cruella” strike a nomination in Best Makeup and Hairstyling as well.

What do you think? Do you believe “Cruella” will score any of these design nominations? Have you seen the film yet? If so, what did you think? Let us know in the comments section below or on our Twitter account.