Will “The Crown” Reign Supreme At The Emmys? 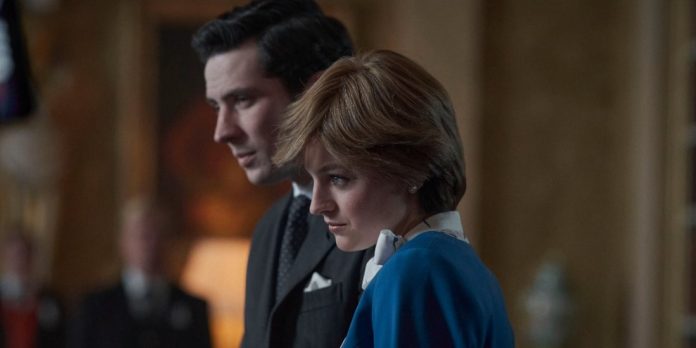 The Emmy Awards are exactly a month away, and Netflix’s “The Crown” earned a whopping 24 nominations for its fourth and most acclaimed season. Each of the previous three seasons received 13 nominations, making this year almost double their usual nomination haul. Season four was its most highly anticipated with the debut of Princess Diana and the Iron Lady, Margaret Thatcher. After failing to get that first big win in the Drama Series category, “The Crown” has risen to the occasion and is now the frontrunner for the category. With COVID taking out most of its competition, a new question has emerged: Can “The Crown” sweep the top awards at the Emmys?

Due to the pandemic, the competition isn’t as fierce as usual, thus making “The Crown” the overwhelming favorite to win Outstanding Series. It has already won the Golden Globe, Critics Choice Award, and various guild awards this season. Why stop there? Helping its case is the absence of last year’s winner, “Succession,” which was sidelined due to the pandemic. Peter Morgan, who’s nominated for the fourth time for writing “The Crown,” looks to also benefit with the two-time winner “Succession” out of the running for the season finale “War.” For the six-time Emmy nominee, two-time Oscar nominee, and Tony Award nominee, this is his opportunity to win a major writing award in the U.S finally.

When it comes to Outstanding Drama Directing, this is where things could get complicated for “The Crown” as they’re double nominated for the episodes “Fairytale” and the season finale, “War.” Series, Directing, and Writing wins have been a package deal on four occasions in the past six years. “The Crown” could be at a disadvantage as on only three of these occasions has one episode swept writing and directing: “Mother’s Mercy” for “Game of Thrones (2015), “Battle of the Bastards,” also for “Game of Thrones” (2016), and “For Offred,” the pilot of “The Handmaid’s Tale” (2017). Only “Succession” last year (2020) was able to win writing for their season finale, “This Is Not For Tears,” and directing for a different episode, “Hunting.” “Succession’s” directing win was an upset over the presumed frontrunner, “The Crown’s” Benjamin Caron, who was nominated last year for the episode “Aberfan.” But if the sweep trend should continue, look for “The Crown’s” Jessica Hobbs to walk away victorious. Either way, recent history favors a win that would bring “The Crown’s” total so far to three at this point.

Gillian Anderson’s performance as the Iron Lady has proven to be unbeatable; she’s won a Golden Globe, SAG Award, and Critics Choice Award for her commanding performance as the first woman Prime Minister of the UK. Two other ladies from “The Crown” also received Supporting Actress nominations: Helena Bonham Carter for her portrayal of Princess Margaret received her second nomination, and Emerald Fennel, on the strength of her recent Oscar win (Best Original Screenplay for “Promising Young Woman“), received a nod for her work as the other woman, Camilla Parker Bowles. Anderson is the obvious choice, but she needs to be a little concerned about Carter, as she’s most likely amongst the other nominees to upset. Either way, “The Crown” should take Outstanding Drama Supporting Actress, bringing their total wins now to four.

Next up, Tobias Menzies received his first-ever career nomination as Prince Philip in “The Crown” in the Supporting Actor race. Menzies may not have the momentum of Anderson, but the field isn’t as stacked as usual. Helping Menzies is his status as a character actor, appearing in the wildly popular “Game of Thrones,” “Outlander,” and other shows like “Catastrophe,” “The Night Manager,” and “Rome.” But he’ll need momentum on his side if he’s going to pull off a win. If he does pull it off, this category might signal for the rest of the night of an impending sweep.

Josh O’Connor’s character, Prince Charles, went from supporting to lead between seasons three and four, thanks to the storyline focusing on his marriage to Princess Diana, played by relative newcomer Emma Corrin. The pair may play an unhappily married couple, but they’ve reaped the benefits, winning a pair of Golden Globes and Critics Choice Awards as well as receiving SAG Award nominations. The two of them are frontrunners to win Outstanding Actor and Actress. It’s rare on the Drama side for a series to sweep the lead races. The last to do so was “Homeland” in 2012 when Claire Danes and Damian Lewis were triumphant. It may be time for another duo to win, but Corrin will have to look out for her onscreen mother-in-law Olivia Colman and her performance as Queen Elizabeth. Either way, this would still potentially give “The Crown” a sweep of the lead races.

If sweeping the top seven is hard, then taking all nine top awards is almost unthinkable. Why? The Guest races are always unpredictable; you never really know what will happen till it happens. Claire Foy may have won an Emmy for Lead Actress (2018) for her performance as the young Queen Elizabeth, but she’ll face stiff competition if she’s going to win Guest Actress this year. Also, in Guest Actor, another “Game Of Thrones” alumni, Charles Dance, may get the drama moving in season four as Lord Mountbatten, but that doesn’t necessarily mean he will win an Emmy.

Whatever you make of these last two races, they’re the cherry on top of what would be a historic evening for “The Crown.” It will still be impressive should “The Crown” win six to nine of the top Emmy Awards. However, its chances at history are not just in the top categories: 12 wins would tie “Game of Thrones” for most wins, but 13 would give them the all-time drama series record. What will happen in a month? Please tune in for all of our continuing Emmy coverage over these next couple of days as we do our best to predict where precisely these races are heading. Let us know your thoughts in the comments section below or on our Twitter account.