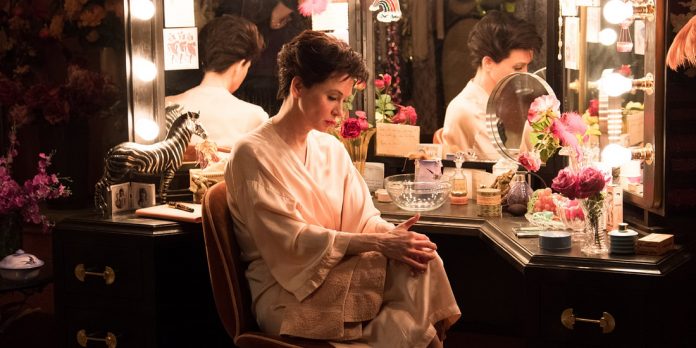 Renée Zellweger returned to the Oscar race this year with her portrayal of Judy Garland in the film “Judy.” And after receiving her fourth Oscar nomination, she’s enjoying being the current front runner after winning the Critics Choice Award & the Golden Globe. But before the Oscars is the Screen Actors Guild Awards, where she has a unique opportunity at history.

​Should Zellweger win as expected, she would be the first woman with three individual SAG wins. ​

Zellweger’s first SAG nomination was in the Supporting Actress category for “Jerry Maguire” in 1997; she would lose to Lauren Bacall for “The Mirror Has Two Faces.” Her next nomination in 2002 was in Lead Actress for “Bridget Jones’s Diary.” This time, she would lose to eventual Oscar winner Halle Berry for “Monster’s Ball.” The following year, however, Zellweger would upset winning Lead Actress and as part of the Ensemble for “Chicago.” (The Oscar would go to Nicole Kidman by a nose for “The Hours”). Zellweger would continue her streak by making history the subsequent year, becoming the first actress to win back to back, this time in Supporting for Cold Mountain (she would also go on to win the Oscar that alluded her). Now, 16 years later, she’s on the brink of history with a third possible win at SAG.

Other actresses have had the chance at winning a third individual SAG Award, too. Frances McDormand won Lead Actress for “Fargo” in 1997 and made history as the first actress to win in the category twice for “Three Billboards Outside Ebbing, Missouri” (2017) (which also picked up a win for Ensemble). But it’s her two losses in Supporting Actress for “Almost Famous” and “North Country” that kept her from making more history.

Kate Winslet won her first SAG Award for her supporting performance in “Sense and Sensibility” in 1996, and again for “The Reader” in 2009, making history as the first to win twice in the Supporting category. Winslet had six additional chances to rack up an additional win but lost four times in Lead Actress for “Titanic,” “Eternal Sunshine of the Spotless Mind,” “Little Children,” and “Revolutionary Road,” and lost twice in Supporting Actress for “Quills” and “Steve Jobs.”

Like Winslet, Helen Mirren has had multiple chances at winning three individual SAG Awards. Mirren won her first film award in Supporting Actress for “Gosford Park” in 2002 and also picked up an Ensemble prize. Mirren would soon be promoted to the Lead Actress category, winning in 2007 for her performance as Queen Elizabeth II in “The Queen.” But Mirren has had four more chances: She came up short with three Lead Actress nominations for “The Last Station,” “Hitchcock,” “Woman in Gold,” and a Supporting nomination for “Trumbo.”

Cate Blanchett joined Mirren, Winslet, and Zellweger with a Supporting win for “The Aviator” in 2005, and a Lead Actress prize in 2014 for “Blue Jasmine.” Like Winslet, Blanchett has had six additional chances to win a third SAG Award: three in Lead Actress for “Elizabeth,” “Elizabeth: The Golden Age” and “Carol,” along with three in Supporting Actress for “Bandits,” “Notes on a Scandal” and “I’m Not There.”

Should Zellweger win, she would join Daniel Day-Lewis as the only other actor to accomplish winning three individual SAG Awards on the film side. Although Day-Lewis’s were all for Lead Actor – “Gangs of New York,” “There Will Be Blood” and “Lincoln.” But, Zellweger will still have bragging rights since she’s been a part of a winning ensemble whereas Day-Lewis has not.

Zellweger knows all too well not to count her awards before the envelope has opened, as BAFTA proved to be her Achille’s heel, losing for both “Bridget Jones’s Diary” and “Chicago.” Zellweger’s only BAFTA win was for “Cold Mountain.” It would be understandable if she didn’t want to celebrate making SAG history, instead focusing her attention on the critical BAFTAs which re still to come.

Will Renée Zellweger prevail tonight and become the first actress to win three individual SAG Awards on the film side? Let us know in the comments section below or on our Twitter account.