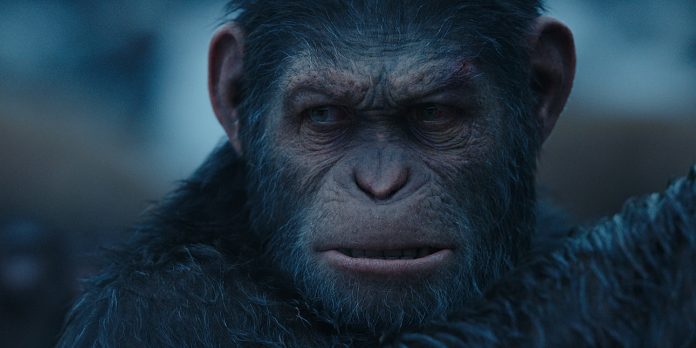 With a close awards season nearing an end, there’s a category that doesn’t get talked about too much. Whereas the popular categories get the utmost attention and discourse, the Best Visual Effects category is rather muted but just as exciting in a much more technical scale. The scope of work that goes into the fine, artificial details brings characters and productions to full form. They’re what’s in front of us on screen, always giving life to even the smallest nuances. Imagery is captured and can later be manipulated byways of 3D modeling, animation, and digital mapping. What was once thought impossible in the industry is now groundbreaking territory. The VFX nominations for the 2018 Oscars have the chance to surprise us, but maybe, just maybe, the throne’s already won. 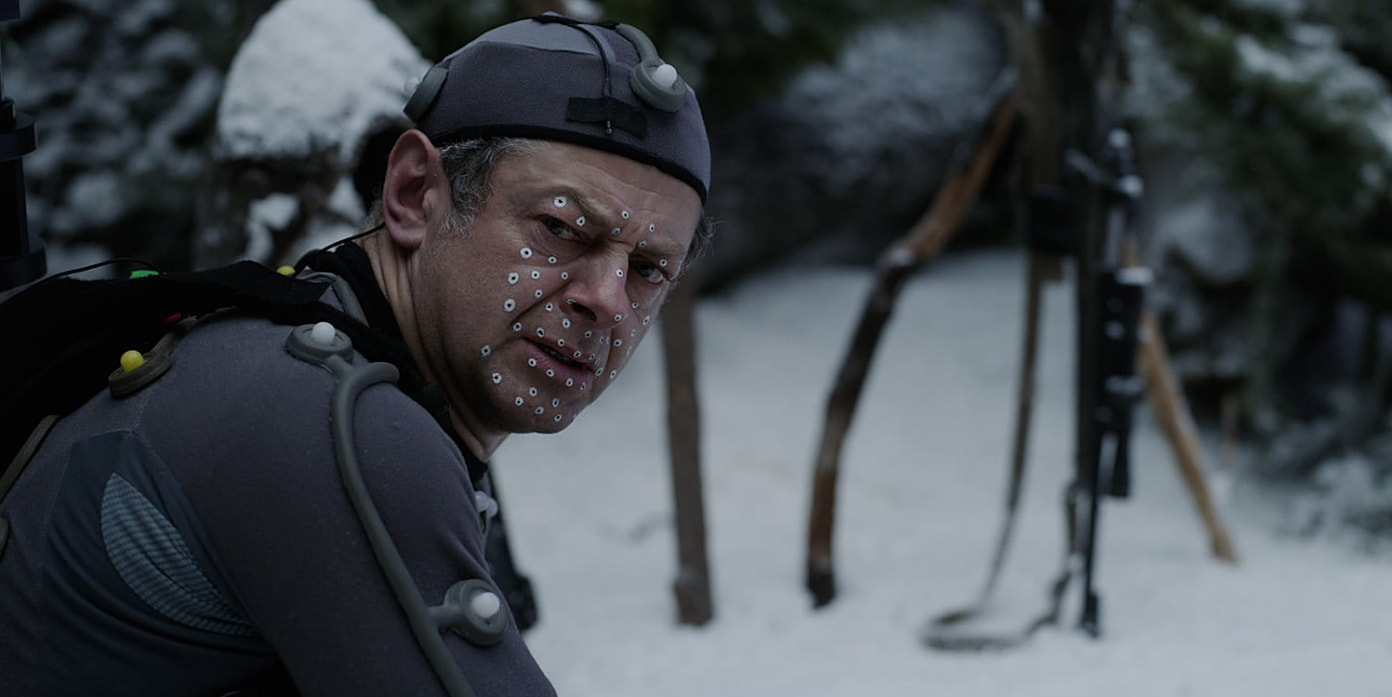 What could possibly top Joi’s ethereal existence in “Blade Runner 2049?” The merge of her holographic being with the body of Mariette’s before an intimate scene is easily one of the film’s most defining moments. When she mimics the motion of hands and peeks in and out of focus through the skin, it becomes a mesmerizing sequence. The intricacy is beautiful, but how does the competition rise against the digital matte paintings used in the environments of “Star Wars: The Last Jedi?” Here we have layer upon layer of epic space elements and vast land all coming together in a huge collaborative effort. It’s easy to single out these two films and weigh in on the prospects among the other nominees, but “War For The Planet Of The Apes” looks to be leading the way into awards night- and rightfully so!

It cannot be stressed just how revolutionary the technology behind this franchise has evolved. Undeniably, its latest film is making visual effect history. The use of motion capture data has been seen before in films like “Avatar,” “The Lord of the Rings” trilogy, “Chappie,” and “The Polar Express,” to name some. The staple use of ‘mo-cap’ in a live set was when Andy Serkis dawned the tight suit for Gollum in “The Lord Of The Rings: The Two Towers.” Serkis went on to become a motion performance enthusiast, reprising Gollum for the next film and entering the ‘Ape’ realm as the chimpanzee, Caesar. In similar innovative history, the rotoscoping technique was used in 1938 to create “Snow White And The Seven Dwarfs.” This allowed artists to draw over live action frames that were filmed on set to translate it into graceful movements of the characters. In 2017, “War For The Planet Of The Apes” continues to carry the weight of VFX achievement through the performance-capturing art.

With each installment, we’ve seen Caesar grow and become a powerful and exacting leader of the apes. Rage engulfs him and he begins to look damaged. “War For The Planet Of The Apes” breaks down a layer of his morality that can only be seen through precise motion capture. We see moments where his eyes have been adjusted to look more red and his cheeks flushed when he is in a struggling state. The attention to detail amplifies the emotional complexity of the film and gives a great deal of character to Caesar. From concept art to the final shots, the process is completely interactive. WETA Digital is the motion-capturing company behind it all. The advances in the technique allow actors to wear suits as well as motion capturing markers on the face. Cameras and scanners all around the set allow not only their facial recognition to be seen but also the 360-degree body movements. The camera’s movement through the set is also recorded so that digital animators can later bring the forest and mountains to life. 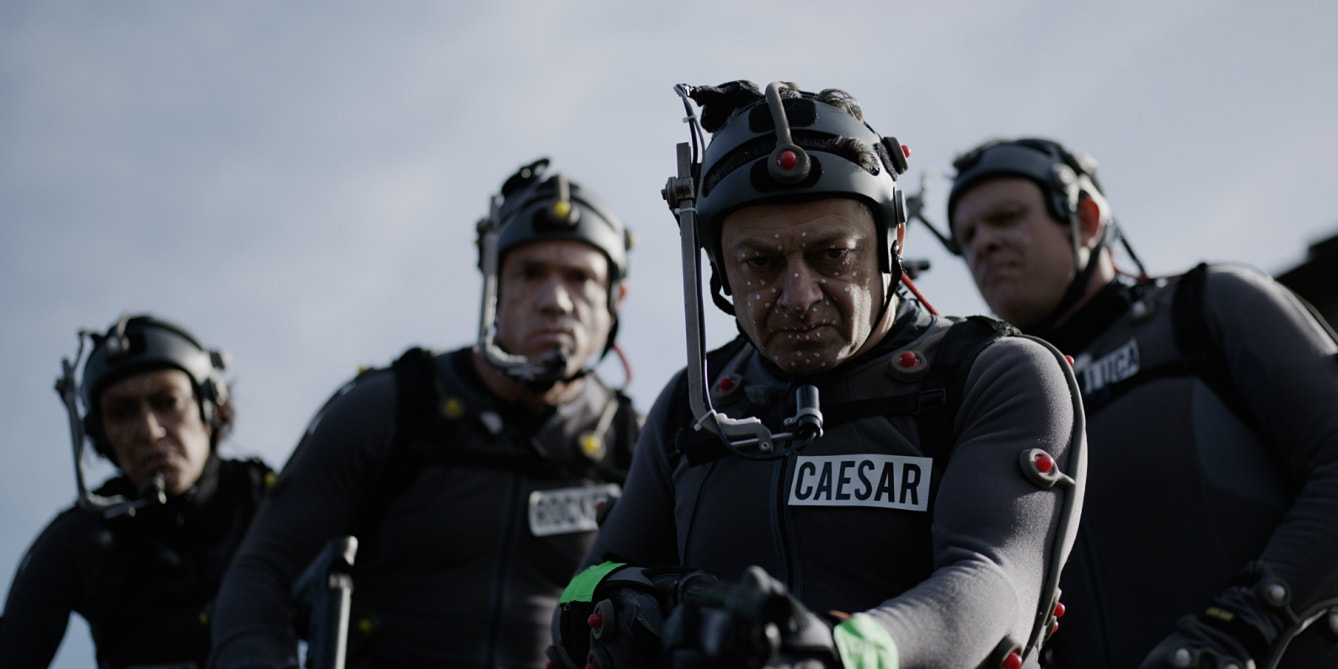 Probably the most striking effects are that of emotion on the face. Keep in mind, the film isn’t ignorant of the structure and nature of the real-life animals. These characters are apes, but we grow to sympathize with them in their world. Chimpanzees, orangutans, and gorillas are fleshed out of concept art models and designed to overlay the actor’s data. The process is then lent to the texture department, where the smallest of details are applied. Hands, feet, and the body’s entirety are carefully animated over the actor’s movements. Everything from the muscle fat to the natural textures and wrinkles of a species’ skin is recognized through the visual effects department. Muscle contractions, skin fat movement, and species dynamic is all handled with close attention. One thing you’ll find so amazing in the film is the way the elements of nature exist on these animals. The flickering of firelight on the skin to the rain dropping at night, and to the snow falling and melting on the fur, it is something to marvel at. We find ourselves blinded by the performance of not only the actors in suits but by the outstanding technology that allows it.

Why is it so different from the other nominees, you ask? Well, because if it were the 1940’s, we would think that somehow, through some wizardry, animals were really acting on the screen before us. If we didn’t know any better, we would not be able to distinguish a difference. It neither alienates the live action actor nor excludes high sentiment. The franchise continues to push the boundaries to make each film’s effects better. The sensors that decorate the cheekbones, smile lines, foreheads, and lips all coincide in the VFX department. The way these CGI characters interact with their surroundings also becomes believable on all levels. The crutch-like pegs the actors hold onto help the VFX crew give their ape a photorealistic form and stance. It gives us the payoff of feeling as immersive and primal as these characters do. Andy Serkis inhabits Caesar once more, better than ever. (Why he wasn’t nominated for Best Actor is a whole other discussion.)

If we’re being honest, it was a no-brainer that it got nominated for the Oscar this year. When “Rise Of The Planet Of The Apes” was released in 2011, its visual effects work was nominated for an Academy Award, as well as the BAFTA (British Academy of Film and Television Arts) award. “Dawn Of The Planet Of The Apes” was met with identical stats in 2014 when it was nominated for both the Academy Award and the BAFTA award in the VFX category, as well. Joe Letteri, Daniel Barrett, Dan Lemmon and Joel Whist are representing the film’s achievement this year (Three of whom have worked on the previous two films). “War For The Planet Of The Apes” seems to have this one in the bag come March 4th. I mean, where else are you going to get truly realistic competition? In a field of top-notch sci-fi effects, what is more, convincing than convincing us that a film about apes is the real heavyweight here?  That is the undeniable element at play. Not you, “Kong: Skull Island.”

So do you agree or disagree with me? Is it going to be “Blade Runner 2049?” Or “War For The Planet Of The Apes” for this year’s Oscar for Best Visual Effects. Let us know your thoughts in the comments section below.