Why “Little Women” Is Deserving Of Awards Consideration 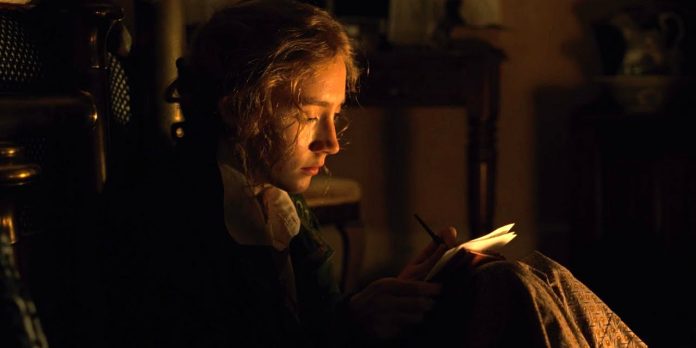 ​​As a classic of American literature, “Little Women” by Louisa May Alcott perfectly captures the period during and after the American Civil War and the complex experiences of women during an inherently patriarchal time in history. There have been several film versions, each an interesting reflection of the time it was made, and Greta Gerwig’s 2019 adaptation is no different when it comes to the interpretation of this enduring story.

It’s an interpretation that has garnered praise from critics and audiences but the industry has so far all but ignored the film this awards season. With the film recently opening in theaters and more audiences giving it the seal of approval that the industry has  not so far, now is the perfect time to write this FYC article. I shouldn’t have to write it but Gerwig’s follow up from her Academy Award nominated work on “Lady Bird,” rightfully deserves it.

Set in the mid-1800s, “Little Women” follows a poor American family with four daughters who are each exploring the limited options available to women at the time. Meg (Emma Watson) gets married to a teacher, Jo (Saoirse Ronan) struggles against the societal limitations of becoming a published writer, Amy (Florence Pugh) dreams of being an artist but knows that the best thing she can do is marry well to support her family, and Beth (Eliza Scanlen) dies young after several debilitating illnesses. The story explores their relationships and dreams while providing an accurate picture of what it was to be a young woman at that time in history. It’s loosely based on Alcott’s own life and was the first of her novels to be published.

Gerwig’s version of “Little Women” embraces a modern style by setting up the film as a series of flashbacks with the central story focusing on the women as adults. For some, it will feel far too modern with its outspoken characters who blatantly state the status and experiences of women during that time – too close to the current reality for comfort – but it’s a fairly accurate representation of Alcott’s own perspective according to her later works and public statements.

To best capture this timeless quality, Gerwig was able to cast a group of actors who have reached the perfect time in their careers to represent these beloved characters. Saoirse Ronan and Florence Pugh, in particular, give performances that blatantly embrace a more modern viewpoint, allowing the viewer to understand the core message of both the novel and the film. They’re both currently in the hunt for Best Actress and Best Supporting Actress nominations respectively but neither one of them are considered “locks,” especially after each missed a Screen Actors Guild (SAG) nomination.

​With “Little Women” being her first novel, Alcott was quite limited in what she could include in the book, which is acknowledged by the film. In her later novels, she was much less restrained in her statements regarding the place of women in that society. The film does its best to delicately balance this perspective with a loving recreation of the best scenes in the book, and for me, it felt like a perfect amalgamation of a modern tale with classic material. The Oscar nominations have yet to be announced, but it’s by no means out of the running. With its skillful adaptation of a true classic, Gerwig deserves consideration for a Best Adapted Screenplay nomination at the very least; but at this point, she’s still building the necessary momentum to make it to the final goal. She also stands a chance to make Academy Awards history by becoming the only women in 92 years to become a repeat female nominee for Best Director.

The critics are surely on her side. “Little Women” is currently sitting with a 96% fresh approval rating on Rotten Tomatoes and has received several wins from various critics groups. It also received 9 Critics Choice Award nominations, including Best Picture, Director and Adapted Screenplay. However, it was shut out at SAG, the Costume and Production Designer guilds. Adding insult to injury, the Golden Globes barely recognized the film as they only nominated the film’s score by Alexandre Desplat and Saoirse Ronan’s lead performance, while completely disregarding Greta Gerwig in the Screenplay and Director categories. Some have blamed this on the screeners being released late, coupled along with the condensed awards season. However, recent reports have stated that (predominantly) male voters are willing ignoring the film, either because they’re not interested or feel the film is not catered to them. It’s a sad state for such a brilliant adaptation and film to find itself in, especially by 2019 standards. As I said before, I shouldn’t have to be writing this but here we are.

With “Little Women,” Greta Gerwig has managed to capture a perspective that is often overlooked. It embraces the reality of the past, while also looking at it through the lens of our current society without vilifying those who lived before us. As a period piece, it’s gorgeous with a lovely score, cinematography, costumes, production design and a cast that is able to evoke the attitudes of the past without condoning those perspectives. It’s rare that a director and writer, who so thoroughly understand the limitations inherent in such an adaptation, has access to create this kind of movie and it’s a great example of the kind of film that deserves recognition in the awards race. Hopefully, at the last minute, voters will catch up in time to see what the rest of us so clearly see.

Have you seen “Little Women” yet? If not, are you planning on seeing it over the holidays? Do you know anyone who will not see it? Why? For those who have seen it, what did you think of it? Let us know in the comments section below or on our Twitter account.