Why “Just Mercy” Could Be Our Next best picture Winner 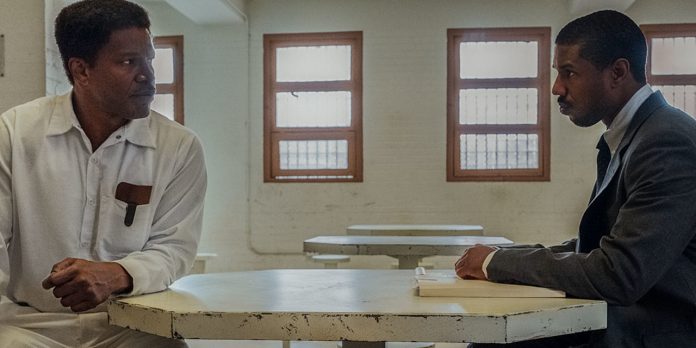 ​Can you feel it in the air? Awards season is kicking off! Telluride Film Festival kicks off this Friday. Toronto International Film Festival starts in a week. In all likelihood, our next Best Picture winner premieres in the next two weeks. Now, with almost no contenders seen yet, the season is full of possibilities. This time last year, few had “Green Book” on their radar (it was a simpler time). Anything could be a winner. We’ve got plenty of wild guesses at what films will or won’t make it through awards season, but for me, one movie makes the most sense as our winner: “Just Mercy.”

Directed by Destin Daniel Cretton, “Just Mercy” tells the true story of attorney Bryan Stevenson as he fights for the release of Walter McMillian, a prisoner on death row who claims to be wrongly convicted of murder. Fights for justice are always timely, but a film that potential looks at needed criminal justice reform could make this a hit. The aforementioned “Green Book” put a sour taste in the mouths of bloggers for its treatment of race issues, but went on to win Best Picture. A film with a more nuanced message about both race and the justice system could land really well, uniting the old and new guards alike. Courtroom dramas can be crowd-pleasers, but none have won Best Picture since “Kramer vs. Kramer.”

“Spotlight” is the obvious comparison for “Just Mercy.” Both are small-scale dramas about a search for truth in the face of injustice. Just like “Spotlight,” “Just Mercy” has all the right elements to stand out in a crowded awards season full of flashier films. While “Mad Max: Fury Road” and “The Revenant” may have been more exciting or interesting to look at, “Spotlight” was more universally moving.

Let’s also not forget the cast. Michael B. Jordan stars as Bryan Stevenson in a role that is sure to garner plenty of attention. Jordan is one of those young performers that’s been so incredibly consistent that we’re all just waiting on his first nomination so we can root for a win. Don’t get me started on his snub for “Creed.” It’s very easy to see a path to a nomination, and a win wouldn’t be far out of reach. He snagged plenty of nominations for the very unlikely role of Killmonger in “Black Panther” last year, and many predicted him to get the Oscar nomination. It didn’t happen, but proved that he’s right on the cusp of an awards breakthrough. Additionally, no black man has won Best Actor since Forest Whittaker in 2006 – 13 years!

We also have two Oscar winners ready for their next nominations: Brie Larson and Jamie Foxx. Larson has had a lot of blockbuster success this year between “Captain Marvel” and “Avengers: Endgame,” and this film could bring her back into the awards race. Since winning her Oscar for “Room” in 2015, Larson has been mostly absent from awards contention. With the right role, the Academy could be ready to welcome her back into the fold.

Similarly, Jamie Foxx hasn’t truly been back in the race since 2004, when he won Best Actor for “Ray.” His only other nomination was that same year for “Collateral.” He came somewhat close for Django Unchained, but ultimately missed out on any major nominations. His role as wrongly-convicted death row inmate McMillian fighting for his life seems tailor-made for a Supporting Actor nomination.

Most prominently, it’s director Cretton that raises my confidence in the film. His film “Short Term 12” is one of the best films of the decade. It’s raw and honest, and features a groundbreaking performance from Larson before her turn in “Room.” Though his follow-up, “The Glass Castle,” suffered from a lack of focus, it showed that Cretton still had style and could direct phenomenal performances. Marvel even snagged him to direct “Shang-Chi and the Legend of the Ten Rings” next. With Jordan in the lead, this film has so much potential to land right in the Academy’s sweet spot, and they could reward an emerging director and an up-and-coming star with their first nominations – or hey, maybe even wins.
​
“Once Upon A Time In Hollywood” feels too good to be true as our winner. “Marriage Story” could be too small-scale. Scorsese’s already won Best Picture, so maybe “The Irishman” isn’t going all the way. Look, I know it’s early, but if you ask me what’s winning Best Picture on February 9, 2020, “Just Mercy” has all the right pieces. But hey, this time last year, I thought “The Front Runner” was going to win Best Picture. What do I know?​