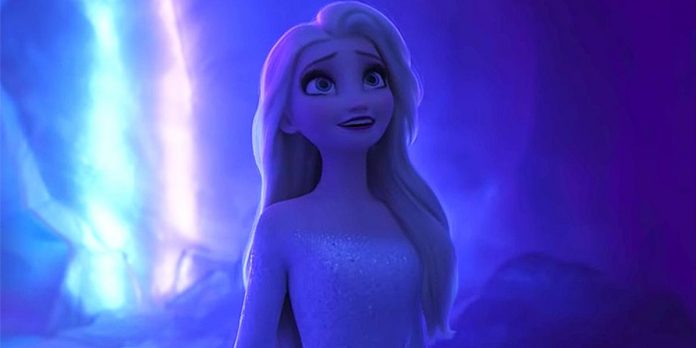 ​​Even before the hotly anticipated sequel to the instant-classic, “Frozen,” was released, Disney made clear its intentions for their campaign strategy. Back in the summer, the rumblings began swirling about “Into the Unknown” as the big push for Disney to recapture the Best Original Song trophy at the Academy Awards. The original film won that category for “Let it Go” in 2014, along with Best Animated Feature. However, now that audiences have had the chance to see the finished product of “Frozen 2,” there seems to be a resounding consensus that this decision was a miscalculation. “Show Yourself” is the stronger submission for “Frozen 2” to win Best Original Song, and Disney should reverse course in their awards season campaign before it’s too late.

“Frozen 2” hasn’t exactly been met with the same critical acclaim as “Frozen” did six years ago. One of the consistent criticisms the film has faced since its release is: nothing “Frozen 2” offers is comparable to the original film, including not producing a breakout song on the level of “Let It Go” – to be fair, it left an insurmountable cultural footprint. Additionally, the criticism continues with “Into the Unknown,” in particular. Some believe it’s an unworthy follow-up to “Let It Go,” failing Disney’s intentions of recreating that magic. In a way, yes, the song feels manufactured as a safe and simple option that would both ignite a friendly response from children in the theaters and play on the radio. More importantly, it was a song that wouldn’t rock the boat in any way that could inspire backlash, but that, unfortunately, backfired with less enthusiastic impressions overall. “Into the Unknown” does, in fact, play as a fun scene within the film; it’s constructed to lean into the fantastical elements of the “Frozen” universe and it’s a consequential moment in the plot, setting the story off on its rising action. However, it does lack substance as an original song, as there are many parts that come off as spoken dialogue and make more sense within the plot of the scene but not necessarily as a standalone musical effort.

Many believe “Frozen 2” will lose Best Original Song if Disney keeps promoting “Into the Unknown,” which I think reaches almost a trolling-level of a hot take. (We get it. You didn’t like the movie.) If Pixar can win for the basic, sparsely used “Remember Me” from “Coco,” Idina Menzel returning as Elsa with “Into the Unknown” will win, at the very least, by a name-check and familiarity. But others are less convinced, dropping it like a hot potato from predictions as a competitive player in, not only Best Original Song but Best Animated Feature, too. Many attribute this to the film’s reviews being a clear step backward from those of the original film. It’s a fair argument, but one lacking context for the film’s massive financial gains, the timing of the release, and its thematic importance. On a side note: I think the criticism of the film has been too harsh. Jennifer Lee took immense care in writing the screenplay with a concise yet dense plot and heavy character arcs that aren’t being appreciated.

However, some are more willing to consider “Show Yourself” as a potential winner than “Into the Unknown.” The universal response has characterized “Show Yourself” as the superior achievement and the best scene in the film. Like I said above, regardless of which song is backed by Disney, it will probably win based on name recognition and the fact that “Frozen 2” was released during peak awards season. But if “Show Yourself” becomes the song that shows up at the Academy Awards, there’s likely to be a stronger argument and more urgency to predict it on the basis of quality.

Setting aside the general audience and critical preference, there is a good reason to believe “Show Yourself” is a strong competitor in the Best Original Song category. The content in “Show Yourself” is more substantial than “Into the Unknown.” The former occurs in the finale and serves as the primary scene for Elsa’s character arc, which inherently lends itself to having a more memorable reputation. While “Into the Unknown” does serve a role in setting the plot into motion, “Show Yourself” has the character heft, urgency, and emotional weight that “Let It Go” had. In addition, something that’s vital in separating the two songs is the number of lyrics. As I indicated earlier, “Into the Unknown” operates more like a scene in the film, with a lot of spoken dialogue and it doesn’t make as much sense out of the context. While that song may be skimpy on lyrics and uses additional music and effects to create the energy and flow, “Show Yourself” thrives in having lengthy, wordy, well-developed lyrics that dig deep in Elsa’s characterization. This is also represented in the length of each: “Into the Unknown” is about 3 minutes and 15 seconds and “Show Yourself” is 4 minutes and 21 seconds.

“Show Yourself” is like the sister song, or deliberate succeeding chapter to “Let It Go” thematically. While the first film notably took on LGBTQ themes with Elsa’s character, “Frozen 2” doesn’t feature as much of a prominent allegory, that is until the “Show Yourself” sequence. “Let It Go” could be read pretty straightforward as a coming-out ballad, a song about acknowledgment and the freedom of a surface identity and obvious repression. It was direct and to the point in what it was trying to say in terms of the LGBTQ experience. “Show Yourself” is the natural next step to that journey of self-discovery. It takes the arc further by detailing the experience of empowering oneself on the basis of said identity. As a gay man, this took the form to me as the representation of when LGBTQ people try to function in a heteronormative environment that perhaps acknowledges that identity, but isn’t a habitat for allowing one to truly be themselves, empower them to express who they are or become self-actualized without shame. “Show Yourself” densely and potently tells that story.

One may look at the two songs and think the thematic message in “Show Yourself” is repetitive, but they’re wrong. “Show Yourself” is specific, real, and relatable. For me, there may not be a more powerful scene in a movie all year. Elsa’s mother looking down to her, supporting her, and singing, “You are the one you’ve been waiting for all your life,” overlaid with Elsa singing, “I am found,” tapped into something visceral for me and my experience, and I know other members of the LGBTQ community could feel the same. Electing “Show Yourself” to the honor of Best Original Song at the Academy Awards would be validating Disney’s representation. It would be rewarding what is important, in addition to something that’s spectacular.

The soundtrack of “Frozen 2” is an embarrassment of riches. I don’t want to build up “Show Yourself” at the expense of tearing down “Into the Unknown.” Both songs are deserving of nominations. As does “Lost in the Woods,” another song in the film that has received rapturous applause from critics, deserves to be acknowledged; however, that won’t be, since most studios only choose one song from a film with many of them to minimize chances of vote splitting. There was much speculation about “A Star is Born” possibly taking up to three slots last year, until the studio chose to zone in on “Shallow.” If this were the olden days, all three songs could and should be nominated, as in 2007, when “Enchanted” took up three slots in the category.

Even if Disney chooses to stand by it’s For Your Consideration campaign for “Into the Unknown,” this course may be self-corrective. Sometimes when a studio pushes one song that’s perhaps flashier, a more character-driven tune with firmer lyrics from the same film overtakes the passion, and the former ends up snubbed for the latter. Recent examples are “The Place Where Lost Things Go” hijacking the pronounced push for “Trip a Little Light Fantastic” from “Mary Poppins Returns” and “Take it All” being substituted in place of “Cinema Italiano” from “Nine.” We could see “Into the Unknown” at the initial precursors and “Show Yourself” appear in a month in the Oscar nominations.

​Do you agree with me that Disney should make the change? What songs do you have currently predicted Best Original Song at the moment? Let us know in the comments section below or on our Twitter account.