“WHERE THE CRAWDADS SING” 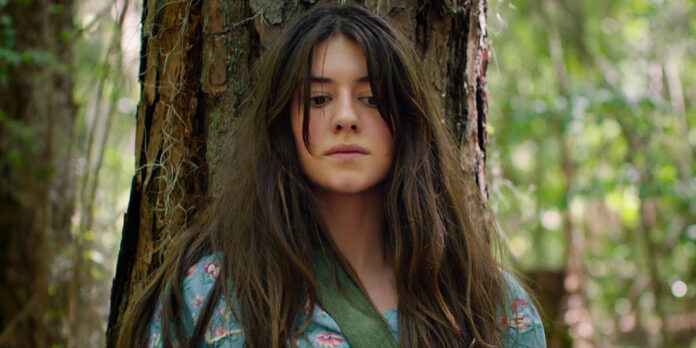 THE STORY – Abandoned as a girl, Kya raised herself in the dangerous marshlands of North Carolina. For years, rumors of the marsh girl haunted Barkley Cove, isolating the sharp and resilient Kya from her community. Drawn to two young men from town, she opens herself to a new and startling world.

​​​​​​​​Barkley Cove, North Carolina, 1969. When Chase Andrews (Harris Dickinson), the local high school’s star quarterback, is found dead, suspicion turns to “the marsh girl”: Catherine Danielle Clark, or Kya (Daisy Edgar-Jones), a mysterious young woman who lives out on the marsh all by herself and is reviled by the townspeople for her poverty. But the townspeople don’t understand Kya and what she’s been through. She was forced to raise herself after everyone left her – first her mother, then her four siblings, and finally even her abusive father, who caused all the others to leave in the first place. Only four people have ever been nice to her: Local shop owners Jumpin’ (Sterling Macer, Jr.) and his wife Mabel (Michael Hyatt), who buy mussels from her and give her clothes from their church donation box; local lawyer Tom Milton (David Strathairn), who encourages her to go to school because she has just as much of a right to be there as everyone else, even if they do make fun of her; and Tate Walker (Taylor John Smith), who fished with his father out in the marsh, and took a shine to Kya, starting up a relationship with her when they got older, even teaching her to read and write. Now, it’s up to Milton, who thought he was retired, to prove Kya’s innocence over the anecdotal evidence against her. Will the jury be able to overcome their prejudices and focus on the facts? And if Kya didn’t kill Chase, then who did?

“Where the Crawdads Sing” is many things – a murder mystery, a courtroom drama, a female empowerment story, a coming-of-age tale – but the one thing it is above all else is a melodrama. Melodrama isn’t an inherently bad thing. It’s an old literary tradition, and the genre has provided many classic films. But only in the film’s first act does it really feel like a melodrama, and while every choice made is the most obvious one possible, the opening section with young Kya (Jojo Regina) and the budding romance between Kya and Tate effectively put across the big emotions that are melodrama’s bread and butter. After that, however, director Olivia Newman undercuts the melodrama of her film’s story at every turn with a muted naturalism clearly meant to elevate the material. Not that the material couldn’t use some elevating, but the tension between the material (based on the best-selling novel by Delia Owens, adapted by Oscar nominee Lucy Alibar) and the direction is palpable, and not in a good way. The film’s second-half struggles with pacing in large part because several big emotional moments are downplayed in an attempt to wrangle the story into the shape of a serious drama instead of embracing the melodrama inherent in the scenario.

Sadly, Newman’s failure of nerve trickles down to the actors, too. Dickinson manages to bring surprising depth to a character that could easily be dull, but he’s the only one of the supporting cast to do so. Hyatt, Strathairn, and Garret Dillahunt (as Kya’s father) play the one note of their underwritten roles passably well, offering stalwart support and little else. Smith is easy on the eyes but cannot bring anything else to Tate than wan sweetness. The film is ultimately all about Kya, though, and Edgar-Jones is in the unenviable position of trying to make Kya feel like a real, flesh-and-blood human being. She’s not helped by the script, which saddles her with arch voiceover narration about the natural world that strains to connect the marsh’s flora, fauna, and human civilization. She’s also not helped by the very glamorized style in which Kya’s poverty is treated. While Regina’s young Kya appears suitably dirty enough to look and feel like an outsider to the community, Edgar-Jones looks meticulously clean, with nary a speck of dirt on her striking face, and never wears the same (extremely well-fitted) outfit twice. Gone is the tangled mass of hair she had as a child, replaced by enviably well-groomed locks of golden brown. She carries herself like someone who has been raised in society, not someone who essentially raised herself on the outskirts of it. She appears as an ordinary teenage girl, which may be the point, but begs the question of why anyone would consider such a sweet, delicate young woman worthy of scorn. Given all that, it is a minor miracle that Edgar-Jones manages the balance of childlike innocence and adult strength necessary to invest in Kya’s story. Unfortunately, though, the direction of the film’s second half leaves her stranded, forcing her into a state of grounded introspectiveness for scenes that should play up the moment’s outsized emotions.

While Edgar-Jones is never less than fully believable, the film deflates in the second half without the extra oomph from Mychael Danna’s syrupy score and Polly Morgan’s sun-dappled cinematography. These elements heighten the drama and increase our emotional connection to the story in the first half, but fall away in the second when things get more complicated, leaving the audience to sit and stew in the story’s ever more murky morality. While this direction may seem admirable, it’s not what the material calls for. “Where the Crawdads Sing” the novel may have had serious ideas on its mind, but its plot is pure melodrama, and in distilling the novel into a two-hour film, there isn’t much time for anything else. Thematic elements like Kya’s attachment to her mother and her connection to the wildlife of the marsh, which might have had resonance being threaded throughout the length of a novel, are here brought up just at the beginning and at the end missing for the bulk of the film. Had the direction fully embraced the melodrama of the plot instead of trying to elevate it, “Where the Crawdads Sing” could have been an enjoyable piece of entertainment. Instead, it sinks under the weight of its ambitions.