What’s Next For Marvel Studios? 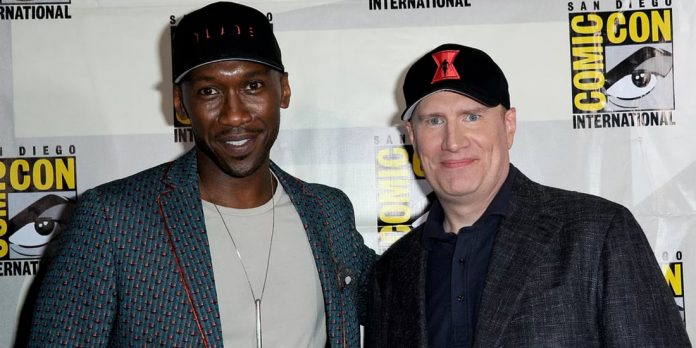 ​The end of Tony Stark, or rather, Robert Downey Jr. playing Tony Stark along with the end of Chris Evans playing Captain America, is quite the hallmark for the Marvel Cinematic Universe. Killing off a beloved and major character and aging another so there is no chance of him taking up the shield again, is quite a big decision. With “Spider-Man: Far From Home” guiding us into a post “Avengers: Endgame” world, countless possibilities are now open for the MCU. Thanos and the Infinity Stones were a great storyline to thread all of the previous films together, culminating in one colossal climax. But with the Tony Stark and Steve Rogers we once knew now gone along with Marvel’s established big baddie, where do they go now?

It is clearly shown in “Spider-Man: Far From Home” that the world is mourning the death of Stark quite heavily. Now while this seems to be a large point made, one can’t help but wonder, what is going to be the connecting force between all of the upcoming Marvel projects? Will the MCU move towards just one-off storylines from the comics with their established heroes and slowly introduce new faces as well? Or will they try to create another 22 movie run with an overarching story? While at Comic-Con a ton of new exciting information was revealed, what exactly is going to be Marvel’s next big play?

Next year we will only see two Marvel titles instead of the three we’ve been seeing for the past few years. “Black Widow” directed by Cate Shortland and “Eternals” directed by Chloe Zhao. Some rumors have said that “Black Widow” will take place after the events of “Captain America: Civil War.” Since the character of Black Widow is killed during “Avengers: Endgame,” it seems we may not see anything that pertains to the overarching story of the Marvel universe, unless of course, Marvel has something incredibly surprising planned. Personally, I’m quite excited for “Black Widow.” She’s an interesting character and has a lot of great moments in the comics that can come out fantastically on screen.

I think “Black Widow” will be a nice break from the typical Marvel formula. The cast is stacked with a ton of stars but it seems that the film will not revolve around any outside threat from Space. It may be a more grounded project, which has me very excited. But, Marvel will not keep that going for long because that same year they will immediately come back with the project “Eternals.” The Eternals is a bit more of an unknown comic book series but it revolves around a group of Celestials called The Eternals. If you remember, we saw the first Celestial during “Guardians of the Galaxy Vol. 2.” Peter Quill’s true father, Ego, was a being known as a Celestial which as we saw are basically God-like beings. The Eternals act the same way as Ego did, infecting planets with a seed, only the Eternals have a more optimistic motive. Their seed allows the planets to flourish and even sometimes give the inhabitants of said planet superpowers.

This is the big key to what I think may lead to Marvel’s next big bad guy. Personally, I was hoping they would take a more low-key route in terms of villains. Dr. Doom is a popular villain who is human and does some pretty large scale destructive acts in the comics. This would be a nice change of pace from the all-powerful space being Thanos was. Since Disney has acquired Fox, which means they now have the Fantastic Four, they could easily introduce Dr. Doom into the fold. But with them choosing to introduce the Eternals so early after the post-Endgame era, it feels like we’re going to head into another all-powerful space being antagonist…

​Galactus is a rather famous Fantastic Four villain but in several comic series, he has been a villain of any and all of the Marvel heroes. One of the main reasons that Galactus was created was so that he could devour the planets that the Eternals were planting their seed on so that balance could be set within the universe. It feels pretty likely that some mention or introduction of Galactus or at least Silver Surfer, Galactus’ herald, will arise in “Eternals.”

Of course. this is all simply speculation. Marvel could go in countless directions. But considering that they have just acquired the Fantastic Four and the X-Men characters, it seems like a great time to introduce another huge villain that would require the abilities of those heroes to help our already known heroes. On top of “Black Widow” and “Eternals,” Marvel also announced the rest of their Phase Four films which include “Shang Chi: The Legend of the Ten Rings,” “Doctor Strange: The Multiverse of Madness” and “Thor: Love and Thunder.” Which also brings up another question: could Marvel be moving toward starting the comic storyline of “Secret Wars?”

Secret Wars is a series of comics where all of the favorite Marvel heroes fight a ton of huge and terrible villains, including Galactus. Secret Wars also is the first series to introduce us to Spider-Woman and Spider-Man in the black suit. It was confirmed that in “Thor: Love and Thunder” they would introduce Natalie Portman as Mighty Thor. That character does have some appearances in the Secret Wars run, so could they be building to this? This feels like a much larger stretch than Galactus. Secret Wars would be quite the task to take on, considering how many heroes and villains are involved in the comic. I’m sure the storyline is in the back of Marvel’s mind but it is also something I hope they move towards a bit further down the road.

Marvel’s final announcement that came at Comic-Con was a total shock to all of us and that was the announcement of a new Blade movie with Mahershala Ali set to star in the titular role. This is quite possibly the greatest casting decision that could have ever happened and one that I am personally very excited for. I’m a huge fan of the original Blade movies and cannot wait to see a new interpretation of the character and stories from Kevin Feige’s universe.

What do you think Marvel is moving towards? Which big-time villain would you like to see get added to the MCU? Let us know in the comments section below and on our Twitter account.