What The Legacy Of Chadwick Boseman Means To Me 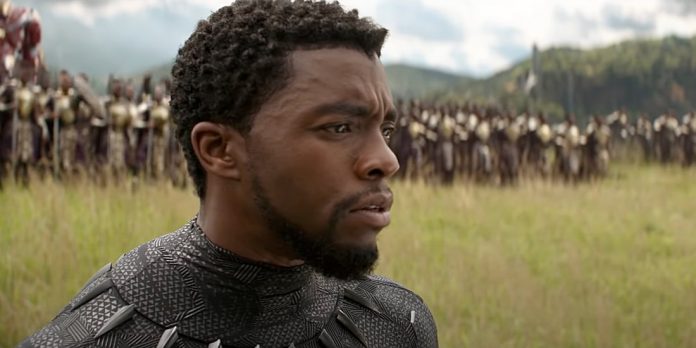 I usually thought that the idea of being heartbroken about the death of a celebrity felt like a silly endeavor. That is not to say there isn’t a place to mourn the loss of an artist and what they have contributed, but becoming so emotionally invested in the death of a person you have never met rings the tiniest bit as inauthentic. However, sometimes exceptions are made. Because there are moments when the life of one person whose path you’ve never crossed has had such a profound impact that knowing they are gone is meaningful. It had been quite some time since I last felt that. That sharp pain was felt again a few days ago when the world learned of the death of Chadwick Boseman.

It’s the type of news that hits you on many levels. First is the utter shock that an actor whose stock was only rising was taken at the young age of 43. Then there is the revelation of his cancer diagnosis that was kept hidden from the public for the last four years. Then begins the re-contextualizing of his entire career from his breakout performance in “42” all the way to his most recent on-screen portrayal in Spike Lee’s “Da 5 Bloods.” Going through all of this gives one such an appreciation for his tireless efforts as an actor and the significant effect he had on the culture, specifically Black culture.

The list of Black superheroes, both real and fictional, that Boseman chose to inhabit could almost seem satirical at first. Playing the likes of Jackie Robinson, James Brown and Thurgood Marshall cements a reputation of being attracted to biopics. It is easy to view this in a cynical lens of grasping for prestige. However, it never came across that way in his portrayals of these characters. There was always an honest sincerity to bring these people to life in a cinematic way and Boseman could always find a way to infuse his natural charm along with respecting the heavy legacies these men bestowed onto the world. It was a Herculean task every time and it’s marvelous to see how Boseman rose to the occasion at every turn.

No doubt that his own lasting legacy will be “Black Panther” and the enormous critical and financial success that followed, but what strikes me about that film, time and time again, is not just its strength of storytelling and filmmaking. It’s that there is a monument to Black communities that can see themselves as the heroes they idolized as children. The world often sets standards of what to expect to see in the people we find aspirational in movies. For decades, Black children had to find joy in heroes who didn’t look like them. But “Black Panther” changed that for generations to come. No amount of box office receipts or Oscars won can match that significance and having Boseman acknowledge that responsibility and celebrate it was incredibly heartwarming.

Still, it’s not just that towering importance that makes appreciating the work feel more meaningful. Knowing that he would contribute to these works while undergoing the grueling treatment for his cancer signifies a strength that is hard to imagine. It was a strength not to just earn another paycheck or squeeze out a bit more notoriety. It was a recognition of how necessary it was to shine the light on Black people that deserved to be seen. It was to show the history of important figures and become invested in their stories of struggle and triumph. It was to give the precious gift of hope to Black kids that they didn’t have to pretend someone who had their skin color was underneath the suit. To realize the importance of that, to put oneself through the physical demands of making these huge movies while struggling with your own health and to do it privately with dignity is an immeasurable amount of strength.

We’re lucky when we get artists who take on work that speaks to their own lives and mortality. It’s difficult to say whether or not his role in “Da 5 Bloods” had any such commentary, but there is an added melancholy now watching him as a figure from the past, long deceased, whose inspiring and healing words stay with us decades later. This role, as well as the numerous he took on since his diagnosis, does feel like a man who knew his time was limited and chose to get the most out of life when he could. He would also do it while maintaining the grace of a humbled heart and the knowledge of the emotional connection it meant to so many communities.

Many have taken the time to celebrate the career of Chadwick Boseman that has spawn notably in the past seven years. It is simultaneously impressive that such an impact was made in a short amount of time but also incredibly tragic that only a fraction of his true potential was seen. The work will still be there. The characters he brought to life will continue to delight and inspire generations through his masterful performances. The imprint he had on the culture in recognizing Black artistry and the excellence of stories that empower these perspectives will never fade away. It’s rare to find an artist who embodies all of this. It’s sad when that light is snuffed out so soon. However, all one has to do is look at the countless other lights that only intensify because one rose up. It’s an enviable legacy to leave and no doubt, his will be remembered fondly.

What is your favorite Chadwick Boseman performance? Let us know in the comments section below or on our Twitter account.