What (If Anything) Can Take Down “Nomadland” For best picture? 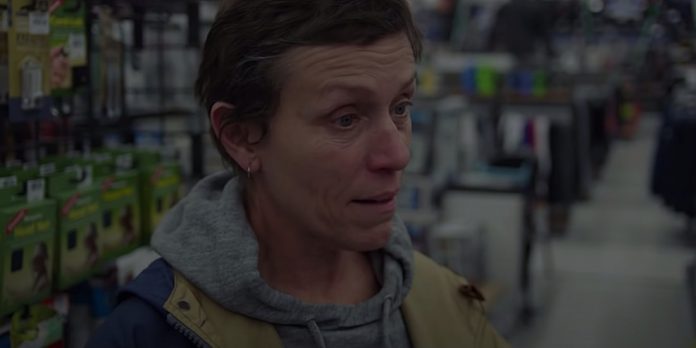 After the long marathon leading up to Oscar nominations, a slightly shorter one towards Oscar night is finally underway. However, it could be a very anticlimactic sprint to the finish, at least for Best Picture. After a season where many have wondered if “Nomadland” will be embraced by the industry like it was with critic awards groups, the industry and the Academy have paved the way not just for a “Nomadland” victory, but perhaps an overwhelming one long before the last envelope is opened.

If Chloe Zhao, Frances McDormand and “Nomadland’s” screenplay all win before the final presenter comes out, the Oscars should have their least suspenseful finish in a long time. Even if there is an upset or two, a lot has to go a certain way for any Best Picture nominee but “Nomadland” to have a shot at the 11’th hour.

​Now that the nominations are out, it is clear that only a few categories and a few movies stand in the way of a “Nomadland” sweep. For those who would like to see a little more of a photo finish at the end, here are the only categories that could make one possible if the right winners prevail.

Best Original Screenplay
This has been the big category for “Nomadland’s” top challengers from the very beginning. Nothing changed with the nominations, except that “Mank’s” Screenplay snub likely ended the last hopes of the 2020 Oscar nominations leader to pose a real threat in Best Picture.

This race is likely what it has been for months – a two-way showdown between “Promising Young Woman” and “The Trial of the Chicago 7.” But the recent surge for “Minari” has made it a potential spoiler, and if it keeps going all the way to a Screenplay upset, its Best Picture chances would rise up considerably. At this point, however, it needs to make a far bigger move on the two frontrunners very soon.

Any Best Picture hopes for “Minari” likely ride on a Screenplay victory. Yet as it stands, that might be the case for “The Trial of the Chicago 7” as well.

With Aaron Sorkin’s Best Director snub and with Sacha Baron Cohen now playing catch-up to Daniel Kaluuya for Best Supporting Actor, “The Trial of the Chicago 7” might well have to do what “Spotlight” did and hope a Screenplay win is the only one it needs before winning Best Picture. That hope would end immediately if “Promising Young Woman” beats it here like it has among the majority of critics groups so far and might repeat soon with the WGA.

For most of the season, playing spoiler to “The Trial of the Chicago 7” in Screenplay was considered the most likely way that “Promising Young Woman” could influence the Best Picture race. Just as the socially conscious Film Twitter darling “Get Out” stopped “Three Billboards Outside Ebbing, Missouri’s” Best Picture hopes with an Original Screenplay win in 2017, socially conscious Film Twitter darling “Promising Young Woman” has a chance to do the same against “The Trial of the Chicago 7” in 2020.

But one of the biggest stories of nomination morning was how the path is clearer for “Promising Young Woman” to do more than that afterward – should this major category and another go its way.

Best Actress
Carey Mulligan and McDormand may be neck-and-neck to the very end, as they have been the entire season. If McDormand inches ahead for a historic third Best Actress win, it might well be the final blow towards a “Nomadland” Best Picture win, especially if expected wins in Best Director and Best Adapted Screenplay precede it.

If Mulligan wins instead, that alone might not do much damage in the big picture. Yet if Mulligan wins after a “Promising Young Woman” Original Screenplay win, though, that will all but certainly, make it the last film standing in “Nomadland’s” way.

In that scenario, “The Trial of the Chicago 7” will likely be eliminated without a Screenplay win, and so might “Minari” as well. With “Mank” already fading after its Screenplay snub, and with “The Father” “Judas and the Black Messiah” and “Sound of Metal” as Best Picture long shots, even if they pull off acting wins, the process of elimination becomes very clear.

Maybe winning Best Actress and Best Original Screenplay still won’t be enough for “Promising Young Woman” to finish a Best Picture comeback. In fact, the odds are still fairly long that it would, especially if “Nomadland” still wins for Director and Adapted Screenplay. But in this scenario where both “Nomadland” and “Promising Young Woman” would have two above-the-line wins before Best Picture is announced, there’d be no doubt that Best Picture would come down to just them.

“The Trial of the Chicago 7” could still get two above-the-line wins too, but Kaluuya’s recent Supporting Actor dominance makes that less likely by the day. In any case, it is easier to see it winning Best Picture with only one other Oscar for Screenplay than it is for the less traditional “Promising Young Woman” and “Minari,” as they likely need two big wins to stay alive to the end.

For “Minari” to achieve that, it needs an early triumph elsewhere.

Best Supporting Actress
The most chaotic above-the-line category of the year also seems to be the least important for Best Picture, especially since frontrunners Maria Bakalova and Glenn Close are both in films without Best Picture nominations. Yet if Yuh-jung Youn defeats them both, as she has most of the time during critic awards season, then it might well be a sign of things to come.

If Yuh-jung loses to Bakalova or Close, it doesn’t bode well for “Minari” beating both “Promising Young Woman” or “The Trial of the Chicago 7” in Screenplay. On the other hand, if “Minari” truly has the kind of passion vote that can give Yuh-jung a historic victory, that same passion could also be enough for a surprise in Screenplay as well. It might need to be, since winning for only Best Picture and Best Supporting Actress has never been done before.

“Minari” could lose in Supporting Actress, win for Original Screenplay and still get Best Picture, but the odds aren’t very favorable. Winning a Supporting acting trophy and a Screenplay award, like “Moonlight” and “Green Book” did in the last two even-numbered Oscar seasons, would be a far more promising path to take.

If “Minari” has any hopes of taking that path, it will find out very early on when Yuh-jung’s fate is decided. Should she win, then this year’s Supporting Actress category could be remembered not just for its season-long madness but for being the first domino to fall in “Minari’s” favor.

Nonetheless, “Minari’s” snub in one last important category has cast doubts on its chances, no matter what happens to its supporting actress or its screenplay.

Best Film Editing
“Minari” got snubbed in this category, unlike both “Promising Young Woman” and “The Trial of the Chicago 7” Should one of them prevail here, that could be the early sign they need for a far bigger night to come. At the least, they have an extra chance to get ahead than “Minari” does.

If “Nomadland” beats both of them in this category, it might be the first sign of a night-long sweep. But if “Sound of Metal” or “The Father” wins instead, it won’t be as much of a blow for “Promising Young Woman” or “The Trial of the Chicago 7“, though it would be a less ideal outcome than either of them winning.

Since “Nomadland,” “Promising Young Woman,” “The Trial of the Chicago 7” and “Minari” all have only six Oscar nominations each, they need to take any possible win they can get. At this time, “Nomadland” is the clear favorite to have more major wins than any of them before they even get to Best Picture – which is a potential gap that can’t be any wider than it has to be.

Four categories will likely reveal which, if any, of those scenarios pan out and whether the Oscars will be a fight to the finish or a mere coronation. It’s getting harder to see it being anything but a coronation nowadays, but the paths are still there for “Promising Young Woman,” “Minari” and “The Trial of the Chicago 7” to spoil a “Nomadland” celebration.

Nonetheless, there is very little margin for error left on those paths, to the point where they have to be absolutely perfect to keep any suspense left by 11 p.m. est on the night of April 25th.

Do you think “Nomadland” is going to win Best Picture easily or do you think there are still paths the other contenders could take it win in an upset? Check out the NBP Team’s Oscar predictions here and let us know your thoughts in the comments section below or on our Twitter account.