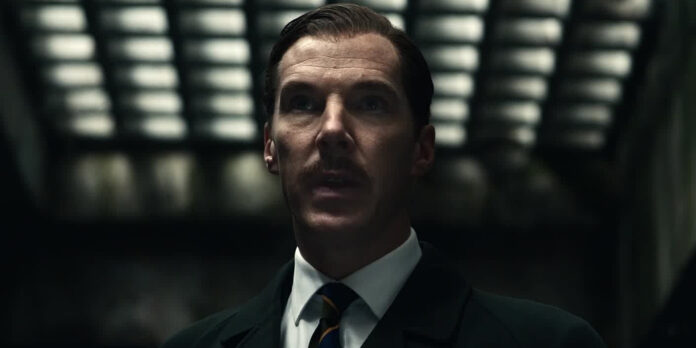 THE STORY – The true story of a British businessman unwittingly recruited into one of the greatest international conflicts in history. Forming an unlikely partnership with a Soviet officer hoping to prevent a nuclear confrontation, the two men work together to provide the crucial intelligence used to defuse the Cuban Missile Crisis.

​For as long as there has been war, there have been those individuals embedded across enemy lines to gain vital information in order to get the upper hand. The world of espionage is a fascinating subject and one whose output is not solely relegated to massive franchises like the James Bond or Jason Bourne films. There’s a diverse array of films that cater to much more intimate, character-focused stories that manage to build tension through quiet intensity instead of opulent action spectacle. It’s a wonderful opportunity to explore an intriguing web of political ties that usually illuminates some impressive turns from a capable ensemble. “The Courier” aims to be such an example as it features some riveting sequences centered around a highly commendable performance.

It is the height of the Cold War in the early 1960s and the friction is only intensifying. Oleg Penkovsky (Mareb Ninidze) is a high-ranking official in the Soviet Union who senses the questionable decisions being made by his government. He covertly reaches out to foreign intelligence agencies intending to supply information and eventually defect. Both the CIA and MI6 agree to a plan that involves recruiting a civilian salesman, Greville Wynne (Benedict Cumberbatch), as using his business communications with Penkovsky as a cover. Though hesitant at first, Wynne manages to fly under the radar and successfully smuggle messages out of The Soviet Union. However, suspicion inevitably grows as the spotlight on these two men grows. Wynne must soon face the difficult choices concerning his safety and that of a reliable confident who is risking so much more.

The centerpiece attraction here is obviously Cumberbatch and it’s such a wondrous delight to watch him turn in a truly great performance. He presents a natural charisma that feels grounded and authentic, which leads to an everyman persona that he easily slips into. An ordinary citizen’s casualness being introduced to a complex world of secrets and spies is fascinating to see displayed, and Cumberbatch does a magnificent job at grasping this portrayal. Towards the end of the film, the dramatic stakes rise and he impresses, once again, to deliver some soul-crushing moments of sobriety. However, the skill at which he can deploy a sharp wit along with effective melodrama makes this a dynamic and engaging portrayal. It should easily be characterized as a career highlight.

Even though the film is obviously a demonstration for its central protagonist, there are many nice turns from the supporting ensemble. Ninidze displays an enjoyable comradery with Cumberbatch and successfully inhabits a role that requires charm and stoic dedication. It isn’t necessarily a bombastic performance, but he still manages to have a captivating screen presence that is inviting. Jessie Buckley does have a predictable role of the supporting wife to Wynne and, truthfully, not much on the page deviates from what is typically seen. Still, she utilizes a credible character that makes her turn compelling, particularly with the warm chemistry she has with her co-star. The rest of the supporting players are filled with adequate actors who may not deliver extraordinary work but successfully detail this landscape with absorbing characters.

Director Dominic Cooke commands this material with a hand that is never too stylish but is overall effective. There is a steadiness to the tone that creates an engrossing narrative of intrigue, giving the tension and drama an impressive impact. Even the more mundane character moments are utilized well to create a complex portrait of these individuals living within an environment of harsh rules and dangerous decisions. The filmmaking works well with Tom O’Connor’s playful script that is full of energy and consistently makes the suspense interesting.

Even still, the script is where the major faults of the film lie. Most of these are only slight demerits, particularly with some on-the-nose dialogue that can be a tad groan-worthy. However, as the story progresses, the scope gets wider and the stakes dramatically increase. In doing so, much of the intimacy between the characters gets lost and the more conventional spy craft becomes dry. The final act sees a very dramatic turn of events, and while it gives a great showcase for the performances, the pacing loses a tremendous amount of momentum as it crawls to the conclusion. There is much to admire still, but so much of the attractive storytelling is weakened by the finale as it becomes a drag to cross the finish line. It’s a shame that things don’t end as strongly as they begin, despite a truly enticing plot through most of the film.

The feeling one has when walking away from “The Courier” is one of thorough satisfaction. It has its flaws within a story that struggles to break free of familiar conventions, contributing to some stilted writing and a less successful conclusion. However, the sturdiness of the filmmaking is respectable and compliments the alluring plot mechanics and fine performances. With those performances, it is Cumberbatch who is the main attraction. He delivers such a relatable turn that is naturally stimulating and a treasure to watch, to the point where it’s easy to call this his finest hour. While it may not rival the glossier and more fast-paced spy thrillers in the world, this effort is still very much worthy of discovery.