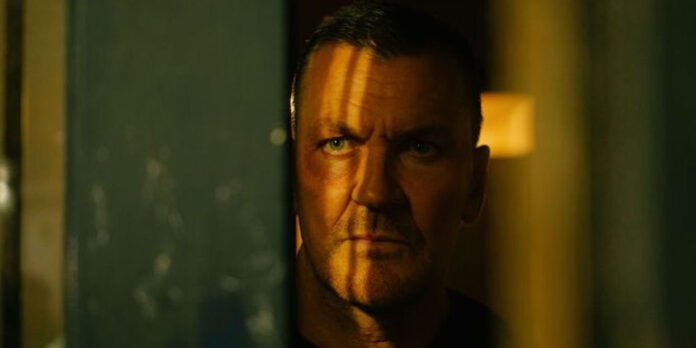 THE STORY – Eddie Franks is a former criminal who attempts to help his family by reconnecting with his daughter and clearing his brother’s debt. Despite his efforts, he is drawn back into a criminal way of life, with devastating consequences.
​
THE CAST – Craig Fairbass, George Russo, Izuka Hoyle, Robert Glenister, Nicholas Aaron, Tomi May & Jade Asha

​​​The exploration into the world of gangsters is a tried and true genre that seems to never run out of inspiration. There is a fascination with this world of shady morality and ultra-violence that can be as strangely intoxicating to an audience as it is to its deplorable characters. As with every genre, there are several subcategories one can find within this vast array, and one is taking a sharp look at the English criminals. Many filmmakers have taken their talents to tell stories about this grimy underworld, and “Villain” sets out to be yet another. Unfortunately, it mines familiar territory that feels stale and uninteresting.

The story revolves around Eddie Franks (Craig Fairbrass), a common thug who has just been released from a prison sentence that has taken several years from his life. Despite his shadowy past, he sets his sights on reform and wants to choose a path of legitimacy going forward. He reconnects with his brother Sean (George Russo) who has taken over the bar that Eddie left him when he was sent away. However, Sean’s drug addiction and bad habits have plunged the establishment into debt. Making matters worse is Sean’s troubles with local gangsters and Eddie’s contentious relationship with his daughter (Izuka Hoyle). Eddie tries desperately to find his way to redemption on a very treacherous route.

Fairbrass should be given credit for centering the film in a somewhat believable way, even if the character himself doesn’t present a lot of opportunity for such a showcase. There is an effective intensity that he brandishes in the role that works well for this archetype. It’s not exceptional work, but it is in service for the role provided. Russo does capture the pathetic and meek nature of a foil to Eddie, though there isn’t a whole lot of nuance or complexity to his portrayal either. Truthfully, the only member of this ensemble that makes any kind of impact is Hoyle. She inhabits the only character that seems grounded and relatable, and her performance comes across as quite endearing. She manages to sell complete devotion to this portrayal despite the material not providing that in the slightest.

That material is what contributes to the majority of the film’s issues. The story of a reformed criminal who finds himself slipping back into a life he’s trying so desperately to avoid has been seen countless times, and unfortunately, the script never finds any unique methods to unravel this tale. The plot moves along at a lethargic pace and the characters feel dull and often indistinguishable. Every element indulges in vague details that are all too familiar tropes of this genre, and that lack of creativity is sorely felt throughout. Philip Barantini’s direction is competent enough to keep the scenes well shot, but it doesn’t compensate for a story that doesn’t offer many variations in terms of motivation. Not to mention an unpleasant sense of the male gaze in regards to the treatment of the sparring female characters. With unearned tonal shifts throughout, it all results in a screenplay that is ill-defined and poorly executed.

“Villain” offers many components one can find in typical films that came before it. That description can be applied to countless other works, but it is still notable how little attempt is made to bring any distinction to the way this particular story is told. The script is hampered by conventions of the past without ever finding new methods to innovate, and it leaves the whole thing feeling languid in how it unfolds. The performances from the cast are fine, but few are exceptional and are handcuffed by weak characterizations on the page. Even the one performance that does shine is in spite of what is written, but because of it. In the end, the film just ends up being yet another disposable entry to a genre that has seen its fair share of variety. It’s just a shame that his one doesn’t aspire to be anything more than what came before.