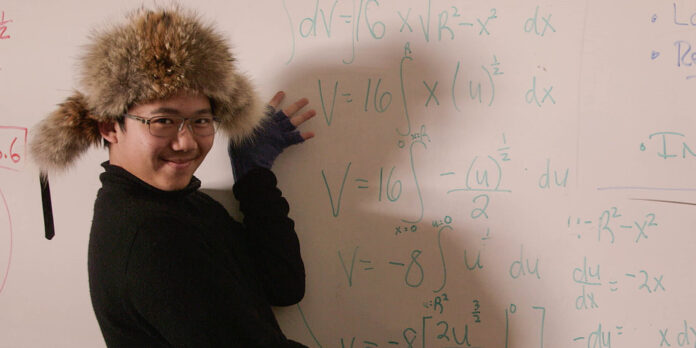 THE STORY – At Lowell High School, the top public high school in San Francisco, the seniors are stressed out. As they prepare for the emotionally draining college application process, students are keenly aware of the intense competition for the few open spots in their dream colleges. They scrutinize how every element of their application, from their classes to their extracurricular activities to their racial identities, might be read by admission officers. At Lowell—where cool kids are nerds, nearly everyone has an amazing talent, and the majority of the student body is Asian American—the things that usually make a person stand out can feel not good enough, even commonplace.

THE CAST – The 2020 Class of Lowell High School

I would imagine it’s not controversial to say that the college admissions process was perhaps the most stressful time in many of our lives, mine included. A documentary that focuses on that moment in time for a group of current high schoolers may seem like an easy way to unlock residual anxiety. But don’t worry. I’m here to tell you that “Try Harder!” is a funny, moving, and surprisingly joyful look at that moment in your life where the world seems both terrifying and full of possibilities. It may even help its audience to look back on that period with more affection.

Director Debbie Lum’s latest documentary focuses on a year or so in the life of a recent senior class at San Francisco’s Lowell High School. And while it may look like any old high school from the outside, it’s far from it. This magnet school is legendary for its high-achieving students and their above-average acceptance to prestigious universities. It’s also populated by a majority of Asian-American students, with this group making up nearly 70% of its student body. With pressure coming from both their parents and the expectations that come with their pedigreed education, Lowell’s students work extremely hard at all times, but never more than during the infamous college admissions process. “Try Harder!” captures the senior class as a whole, but specifically focuses on a small number of students as it documents their school and home life during this dreaded application period.

Part of what makes this film so shockingly exuberant is its general tone of optimism and snappy editing. By their own words and demeanors, these kids may be stressed at every waking hour, but the film also always reminds its audience that these are still children with their whole lives ahead of them. Sure, they spend most of their time studying (a common refrain amongst students is how often many of them stay up until 3 a.m., frequently with their parents beside them), but Lum is careful to include a good number of scenes to show them having fun in the cheerful, charming, and cringey way that teens do. Lum smartly captures an exhausting amount of footage across the school year, which is evident by how the film quickly cuts to any number of student activities and classes. We see flashes of after-school clubs, performances, and numerous different classrooms in a way that keeps the film’s momentum going and echoes the fast-paced world of these students.

While the film is mostly upbeat in what it shows and how it shows it, there’s still an element of social commentary present. This is to be expected with a school mostly made up of minorities, but the film does it in a way that is subtle and lived in. These students are aware that they face higher expectations from the outside world because of their ethnicities, but this notion isn’t expressed at all times. It’s just another challenge in their already high-pressure lives and showing us that these children have internalized this unpleasant truth and have been forced to attach it to their general worldview makes the reality of subtle, constant bigotry even more upsetting. “Try Harder!” does what most films, documentary or narrative, can only hope to achieve: It forces the audience to naturally acknowledge the point that the film is trying to make. These levels of discrimination aren’t exclusively coming from the outside world either; Lum doesn’t shy away from showing how students can affect other students with aggressions, both blatant and small. One of the most compelling subjects in the movie is Rachael, a multiracial student. In one noteworthy interview, she talks about the ways she’s made to sometimes feel like an outsider even at a school made up of mostly racial minorities. The film doesn’t just explore how race can impact the lives of even our youngest citizens; it also examines disparities of class, opportunity, and access and shows how all of these factors intersect in insidious ways.

The accomplishments of “Try Harder!” are extraordinary. It’s full of life and little details, which brings crackling electricity and vitality to the film. Both entertaining and enlightening, it portrays a time in life that many would like to forget but from which we still have things to learn.