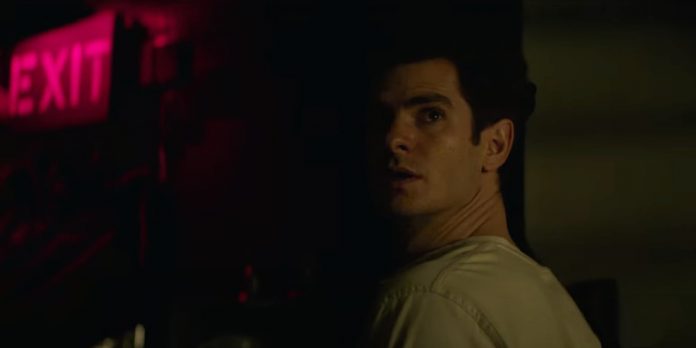 Plot Synopsis: Andrew Garfield plays Jon, a young theater composer who’s waiting tables at a New York City diner in 1990 while writing what he hopes will be the next great American musical.  Days before he’s due to showcase his work in a make-or-break performance, Jon is feeling the pressure from everywhere: from his girlfriend Susan (Alexandra Shipp), who dreams of an artistic life beyond New York City; from his friend Michael (Robin de Jesús), who has moved on from his dream to a life of financial security; amidst an artistic community being ravaged by the AIDS epidemic. With the clock ticking, Jon is at a crossroads and faces the question everyone must reckon with: What are we meant to do with the time we have?

What do you all think of the trailer? Since this is the feature directorial debut of global superstar Lin-Manuel Miranda (who is truly having a moment this past year with the release of the musical phenomenon “Hamilton” on Disney+ and “In The Heights” set to open this weekend), the anticipation for this one is very high. I really like the construction of this trailer with the musical songs only being teased, and the pace is cut to the sound of a ticking clock. Although I was a bit let down by the visuals on display, Lin’s staging at least looks dynamic and interesting for some of the sequences (mainly, the shot of Garfield in the pool with the musical notes). Andrew Garfield looks to be stretching himself once again to provide yet another lively performance. Let’s hope he’ll be a bit more reigned in than he was in his latest performance in the critically underwhelming “Mainstream.” Based on the semi-autobiographical musical of the same name by “Rent” creator Jonathan Larson, I’m very excited to see yet another musical added to what looks to be a banner year for the genre. What do you think, though? Let us know your thoughts though in the comments below or on our Twitter account.