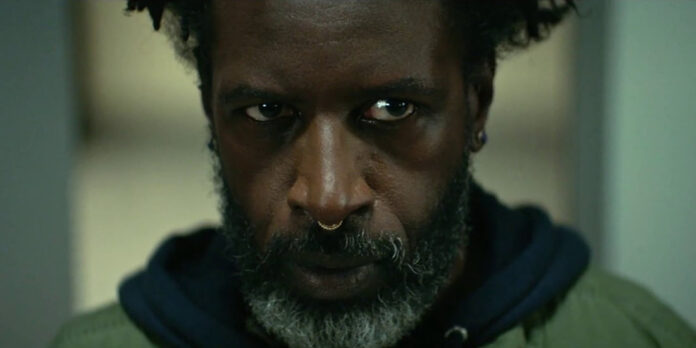 THE STORY – A drug dealer finds his moral code challenged when he interrupts an armed robbery and captures one of the gang members who is a 15-year-old boy.

When one hungers for the opportunity to see diversity initiatives in storytelling, sometimes it can merely boil down to seeing familiar tales that can be told with unique perspectives. Not everything needs to be a revolutionary experience. Still, the offering of entertaining escapades with a diverse set of characters is always welcomed, even if the material itself may be wholly inventive. “Akilla’s Escape” is a film that operates in this space, utilizing a premise that has trappings of several genre exercises that came before it while also employing a setting that speaks to a particular perspective. Unfortunately, that does not end up resulting in a captivating piece of cinema.

The film center’s around the titular Akilla (Saul Williams), a mid-level criminal who is looking to make an exit from the lucrative weed business on the verge of it becoming a legitimate enterprise. On one eventful night, he interrupts an armed robbery and ends up capturing one of the thieves (Thamela Mpumlwana). He discovers this young Jamaican boy is caught up in schemes that are far beyond his control, and Akilla feels the sense of obligation to help the boy find a way out of this harsh life. As we see occasional flashbacks to Akilla’s own troubled youth (scenes in which Mpumlwana also plays the younger version), he clearly sees the young man’s path of redemption mirroring his own. It will be up to Akilla to see it completed.

The neo-noir tone is palpable throughout the film, and director Charles Officer does manage to employ that aesthetic mainly through the strong cinematography. There’s a striking look to the film that helps texture the gritty world. Unfortunately, this does little to mask the empty genre tropes and thin characters. Officer and Wendy Brathwaite’s screenplay lacks a strong emotional connection to the story, with muddled motivations and stale dialogue being less than compelling. This is not helped by decisions made by these characters, which can often seem irrational in the moment. When one adds in the disrupting flashbacks used to create a forced and unearned thematic parallel between the two timelines, what is presented is some impressive filmmaking that barely compensates for a hollow script.

Williams does manage to carry a good amount of screen presence that makes him an alluring figure to watch. There isn’t much here that is a valid showcase for a lot of range or depth, but the stoicism he embodies fits the role well. Seeing Mpumlwana in a duel role is a bit distracting, particularly as he is mostly mute in the present-day timeline and has absolutely no real complexity. Yet as the younger Akilla, he finds a way to be as fascinating as his older counterpart. In this specific role, both actors are able to make the most out of very little, though their impact is still severely limited by the writing. They are by far the only highlights to this ensemble, peppered with forgettable performances hamstrung by generic characters. This is most severely felt with the few women that do appear, reduced to little more than victims used as a convenient motivation for the men. One would certainly not blame these actors for the material given, but they still leave little to no impression.

“Akilla’s Escape” ends up being a disappointment in how it fails to deliver on its potential. While the story itself may not be particularly groundbreaking, the chance to see such a specific cultural viewpoint ensconced in a noir thriller is an intriguing notion. Some of the aesthetics are admirable, and there is a welcoming screen presence from the lead. However, the story itself crumbles due to the lack of characters worthy of investment. The themes explored lack nuance, the storytelling doesn’t craft an engaging pace, and the performances are near-universally bland. While the efforts put forth here have a unique perspective that can be applauded, the execution leaves much to be desired.