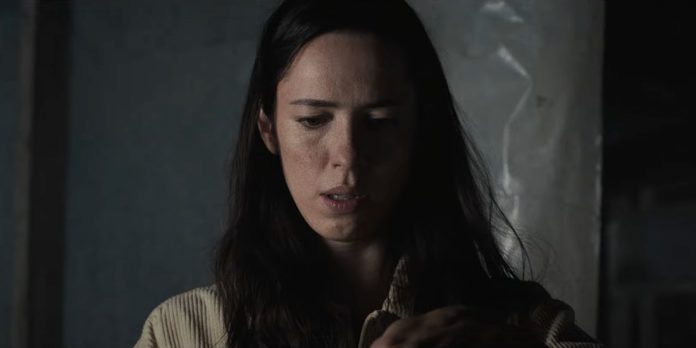 Plot Synopsis: Reeling from the unexpected death of her husband, Beth (Rebecca Hall) is left alone in the lakeside home he built for her. She tries as best she can to keep it together – but then nightmares come. Disturbing visions of a presence in the house calling to her, beckoning her with a ghostly allure. Against the advice of her friends, she begins digging into her husband’s belongings, yearning for answers. What she finds are secrets both strange and disturbing – a mystery she’s determined to unravel.

What do you all think of the trailer? I was lucky to see this film at the 2020 Sundance Film Festival where I can honestly say, it scared the ever living hell out of me with some of the most unnerving sound design I’ve ever heard in a horror film. Rebecca Hall is expectedly excellent but I worry that she and the film overall will face inevitable (and unfair) comparisons to Elisabeth and “The Invisible Man.” Both should be taken on their own terms and if so, I think horror fans will find a lot to appreciate with “The Night House,” especially considering this is Searchlight Pictures first real dive into the horror genre (the studio, now owned by Disney, is usually more accustomed to releasing films which will contend for awards during Oscar season). Let us know your thoughts though in the comments below or on our Twitter account.