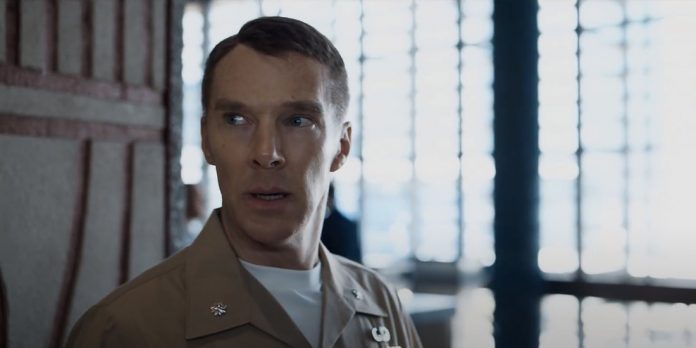 By Matt Neglia
​
STXfilms has released the trailer for “The Mauritanian” starring Jodie Foster, Tahar Rahim, Zachary Levi, Saamer Usmani, Shailene Woodley & Benedict Cumberbatch. It is being distributed by STXfilms and financed and executive produced by 30West and Topic Studios in partnership with BBC Film. It will be released on February 19th 2021.
​
​Click below to see the trailer.

​Plot Synopsis: Captured by the U.S. Government, Mohamedou Ould Slahi (Tahar Rahim) languishes in prison for years without charge or trial. Losing all hope, Slahi finds allies in defense attorney Nancy Hollander (Jodie Foster) and her associate Teri Duncan (Shailene Woodley). Together they face countless obstacles in a desperate pursuit for justice. Their controversial advocacy, along with evidence uncovered by formidable military prosecutor, Lt. Colonel Stuart Couch (Benedict Cumberbatch), eventually reveals a shocking and far reaching conspiracy. Based on the New York Times best-selling memoir, this is the explosive true story of a fight for survival against all odds. ​

What do you all think of the trailer? This looks like a well constructed thriller from Kevin Macdonald (“The Last King Of Scotland” & “State Of Play”). The film is being released right before the February cutoff date for this year’s awards season, so is it a late breaking contender anywhere or will it release and fizzle out (as something like “The Report” did, which strikes a similar tone as this). Let us know your thoughts in the comments below or on our Twitter account.