Trailer – “The Hand Of God” 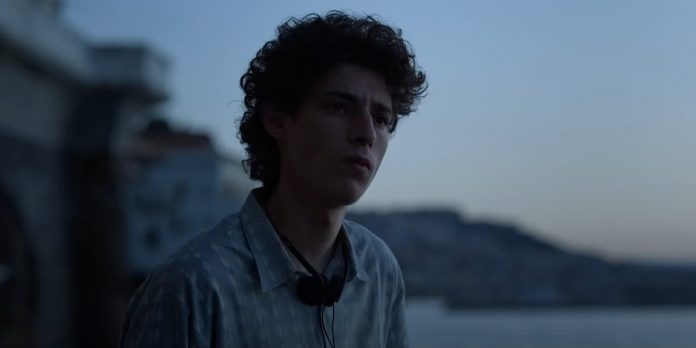 By Matt Neglia
​
Netflix has released the trailer for “The Hand Of God” starring Filippo Scotti, Toni Servillo, Teresa Saponangelo, Marlon Joubert, Luisa Ranieri, Renato Carpentieri and directed by Paolo Sorrentino. The film will have its world premiere at this year’s Venice International Film Festival. it will then come to select cinemas in Italy on November 24th and then in the rest of the world on December 3rd, making its streaming debut on Netflix on December 15th, 2021.
​
​Click below to see the trailer.

Plot Synopsis: From Academy Award-winning writer and director Paolo Sorrentino (The Great Beauty), comes the story of a young man’s heartbreak and liberation in 1980s Naples, Italy. The Hand of God follows Fabietto Schisa, an awkward Italian teen whose life and vibrant, eccentric family are suddenly upended—first by the electrifying arrival of soccer legend Diego Maradona and then by a shocking accident from which Maradona inadvertently saves Fabietto, setting his future in motion. Sorrentino returns to his hometown to tell his most personal story, a tale of fate and family, sports and cinema, love and loss.

What do you all think of the trailer? I must admit, I’m pretty blown away by some of these visuals on display from Sorrentino. While his film “The Great Beauty” won the Oscar for Best Foreign Language Film in 2013, this is the kind of personal story for the acclaimed Italian filmmaker which could propel him to the Best Director race this year. Netflix certainly knows what running a similar campaign is like with Alfonso Cuaron for “Roma,” which also incorporated elements of his childhood. I expect this will be a major hit with international audiences as it makes its way through the fall film festivals. While the premiere at Venice has been confirmed, I have a feeling it will also play at Telluride. We’ll have to wait and see, but one thing is for sure: this trailer showcases that this has all of the goods to catapult it straight to the top of the Best International Feature Oscar race. What do you think, though? Let us know your thoughts though in the comments below or on our Twitter account.