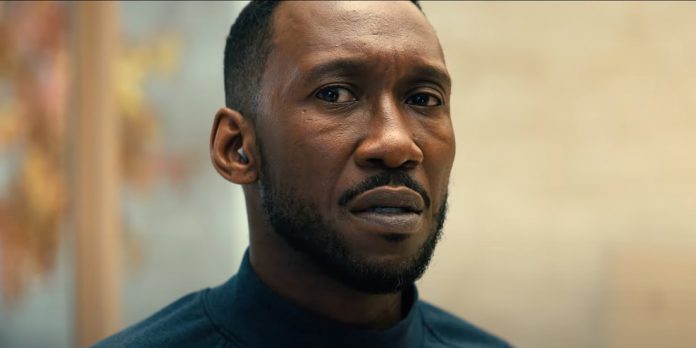 By Matt Neglia
​
Apple has released the trailer for “Swan Song” starring Mahershala Ali, Glenn Close, Naomie Harris, Awkwafina, Adam Beach. The film will have its world premiere at this year’s AFI Fest, then be released in theaters and on Apple TV+ on December 17th 2021.

​Plot Synopsis: Set in the near future, “Swan Song” is a powerful, emotional journey told through the eyes of Cameron (Mahershala Ali), a loving husband and father diagnosed with a terminal illness who is presented with an alternative solution by his doctor (Glenn Close) to shield his family from grief. As Cam grapples with whether or not to alter his family’s fate, he learns more about life and love than he ever imagined. “Swan Song” explores how far we will go, and how much we’re willing to sacrifice, to make a happier life for the people we love.

What do you all think of the trailer? Not to be confused with the independent Udo Kier starring film that came out earlier this year of the same name, Benjamin Clearly’s film looks much different than I anticipated. I especially love the cinematography and framing of many of the shots with their composition and striking simplicity. Having Mahershala Ali in a leading role as opposed to a supporting role is long overdue considering he’s now a 2-time Oscar winner and the supporting cast around him looks reliable as well with talents such as Naomie Harris, Glenn Close (Calm down! This is not going to get her that elusive Oscar) and Awkwafina. Also, we’re getting two Mahershala Ali’s?! What could be wrong with that? The only question is whether or not the script will be too sappy and steer into cringe melodrama, but we’ll know when the film has its world premiere at AFI Fest in a few days. What do you all think, though? Let us know your thoughts in the comments section below or on our Twitter account.