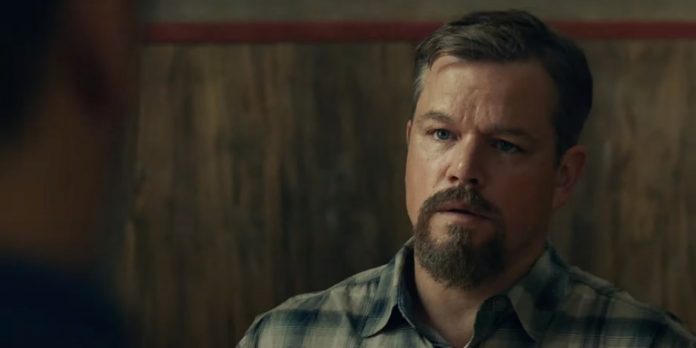 By Matt Neglia
​
Focus Features has released the trailer for “Stillwater” starring Matt Damon. The film is written and directed by Tom McCarthy and marks the director’s first feature since his Academy Award-winning film “Spotlight.” The film will be released in theaters on July 30th.

Plot Synopsis: A dramatic thriller directed by Academy Award winner Tom McCarthy and starring Matt Damon, “Stillwater” follows an American oil-rig roughneck from Oklahoma who travels to Marseille to visit his estranged daughter, in prison for a murder she claims she did not commit. Confronted with language barriers, cultural differences, and a complicated legal system, Bill builds a new life for himself in France as he makes it his personal mission to exonerate his daughter.

What do you all think of the trailer? Matt Damon and Jesse Plemmons comparison jokes aside; I have to admit that this looks like one of Damon’s better roles in quite some time. While I wasn’t a big fan of the accent, we know Damon is working with a very solid storyteller (“The Cobbler” withstanding) who can get the best out of his actors. It’s been a while since we saw “Spotlight,” and expectations are pretty high to see what Tom McCarthy will deliver with “Stillwater.” The July release, pre-festival season, has me concerned, but here’s hoping it can be a decent bit of adult counter-programming over the summer. What do you think? Let us know your thoughts though in the comments below or on our Twitter account.