Trailer – “Pieces Of A Woman” 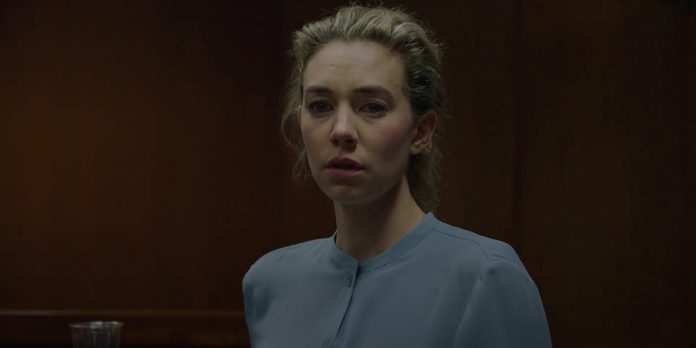 By Matt Neglia ​
​
Netflix has released the trailer for “Pieces Of A Woman” starring Vanessa Kirby, Shia LaBeouf, Molly Parker, Sarah Snook, Iliza Shlesinger, Benny Safdie, Jimmie Fails & Ellen Burstyn. Directed by Kornél Mundruczó (“White God,” winner of the 2014 Prix Un Certain Regard Award), written by Kata Wéber, and executive produced by Martin Scorsese, “Pieces Of A Woman“ is a deeply personal, searing, and ultimately transcendent story of a woman learning to live alongside her loss. Netflix will release the film in select theaters beginning December 30th and it will be on Netflix January 7th, 2021.
​​
​Click below to see the trailer.

​
​Plot Synopsis: Martha (Vanessa Kirby) and Sean (Shia LaBeouf) are a Boston couple on the verge of parenthood whose lives change irrevocably when a home birth ends in unimaginable tragedy. Thus begins a yearlong odyssey for Martha, who must navigate her grief while working through fractious relationships with her husband and her domineering mother (Ellen Burstyn), along with the publicly vilified midwife (Molly Parker), whom she must face in court.

What do you all think of the trailer? Having seen the film, I can tell you that Vanessa Kirby and Ellen Burstyn deliver very powerful and dramatic performances that will surely garner them Oscar nomination. The opening take (which lasts over 20 minutes) is undoubtedly the highlight of the film and will be talked about a lot for its raw emotional power. While the rest of the movie fails to recapture that opening scene’s quality filmmaking, the performances carry this one through. Let us know your thoughts in the comments below or on our Twitter account.