How “Hillbilly Elegy” Could Survive Its Damaging Reviews

By Ryan C. Showers
​
We knew a storm was coming – and it finally arrived. The embargo on reviews for “Hillbilly Elegy” was lifted, and critics have weighed in on Ron Howard’s latest project. Netflix, Howard, and company were welcomed to a tornado of criticism as film journalists from major publications to small-time bloggers slaughtered “Hillbilly Elegy.” But make no mistake, a film from an Oscar-winning writer and director, starring two of the industry’s most celebrated actresses, in a film based on a successful memoir receiving these severe scores from Rotten Tomatoes and Metacritic is truly something notable and even astonishing.

Was this onslaught from film critics fair on Howard’s “Hillbilly Elegy?” I have not seen Hillbilly Elegy for myself yet, but my guess is probably not. There have been a few pockets of goodwill from a handful of voices, some of whom I wouldn’t have expected to be so fair on the film. As someone who lives in central Pennsylvania, in a blue county that surrounds a sea of red ones, it doesn’t quite sit right with me that a majority of coastally-located film critics minced this film with such disdain. Though I recognize arguments against the film, the online hostility for “Hillbilly Elegy” feels as though it extends beyond its measurable quality.

The truth of the matter is “Hillbilly Elegy” may have just come along at the wrong time in history to be met with a clean slate. And yet, had President Donald Trump been re-elected, this sweeping, hive-mind reaction may make more sense. Instead, even if the film is as bad as people say, the decisively antagonistic critical response perhaps does more to deepen urban-rural cultural divides than it does summarize the film. I’m fairly confident that when mainstream audiences watch “Hillbilly Elegy” they will probably be along for the ride and not have the same level of objections on a cultural level most film critics have raised in their analyses.

Will the reviews matter in terms of the film’s standing in the awards season? My guess is there will be an impact, but in a conclusive way as the reception might suggest. Reviews will continue to trickle in for “Hillbilly Elegy” until it’s provided for a wider audience through streaming on Netflix on November 24. Therefore, the overall reception may mellow out over the next few weeks. Films with this low of scores from Rotten Tomatoes and Metacritic typically would never see the light of day. But there are two exceptions: the fact that “Hillbilly Elegy” is being released by Netflix during the COVID-19 pandemic in an unusual year for film award season; and Oscar-bait films that insight a culture have a recent track record of standing apart from their reviews or criticism from “woke” voices. Remember, “Bohemian Rhapsody” is the champion of not only four Oscars but a 49 Metacritic score. 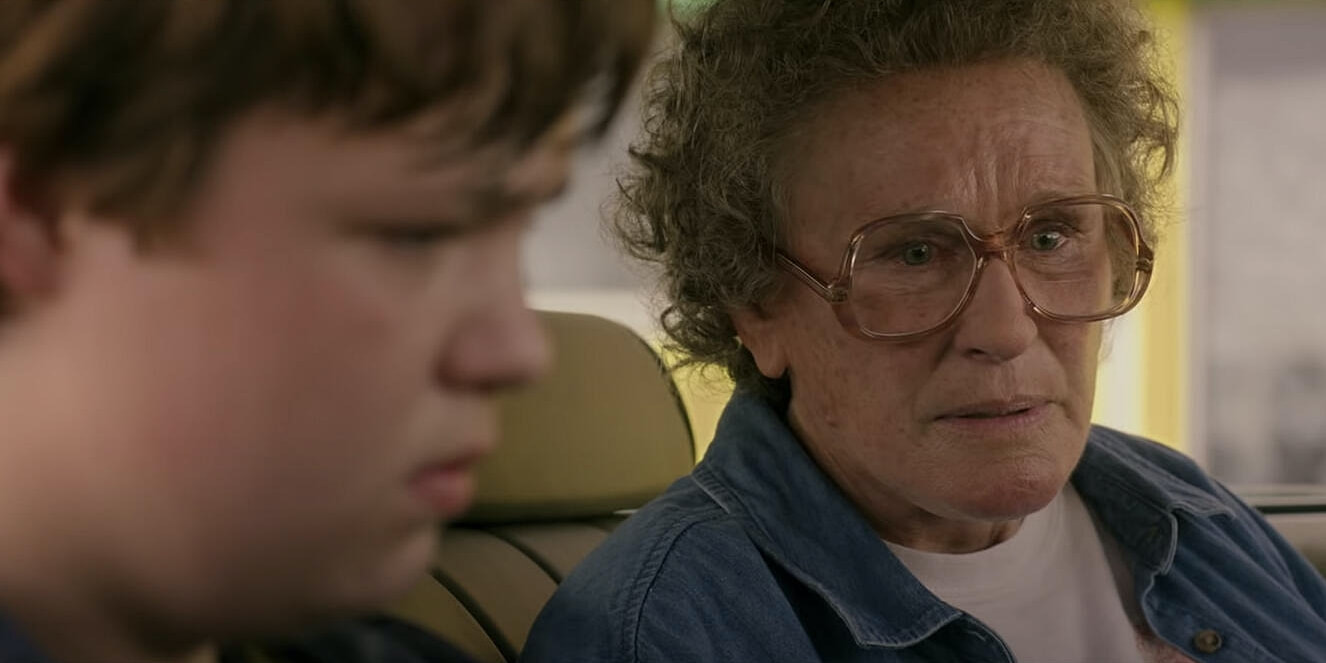 However, for now, I do believe it’s safe to proceed with predicting Amy Adams in Best Actress, Glenn Close in Best Supporting Actress, and the film for Best Makeup and Hairstyling. These three aspects have been consistently praised in the otherwise abhorrent reviews. Actors within the Academy are likely to respond to the unmistakable efforts put forth by the two popular actresses inhabiting these rough characters. The makeup and hairstyling’s “ugly-fying” of Adams and Close play right into the hands of this branch of the Academy. This would put the film in the territory of receiving the same nominations as “Bombshell,” another culturally controversial film about conservative characters that received pushback by the woke brand of film criticism. Matt Neglia first made this comparison between “Hillbilly Elegy” and “Bombshell,” and now with the reviews being as extreme as they are, it could eerily pan out this way.

The not-so-subtle elephant in the room regarding Adams and Close is the fact that neither has won an Oscar, despite Adams’ six nominations and Close’s seven. Complicating matters, even more, is the fact that two years ago, Close was expected to finally win Best Actress for “The Wife,” but was famously upset by Olivia Colman for “The Favourite.” Many pundits, including myself, see no other alternate narrative to Close finally winning for “Hillbilly Elegy,” considering the bait-y role she has to play and the fact that there’s also no strong alternative to derail her. I expect there to be a broad consensus of approval around Close’s performance, even among those who dislike the film. Concurrently, I expect there to be a bitter divide concerning Adams’ performance.

​In a way, “Hillbilly Elegy” could mirror “August: Osage County.” Not only are the setting and surface-level themes similar, but that film also got Best Actress and Best Supporting Actress nominations despite a weaker critical response. I expect the reaction to Adams and Close in “Hillbilly Elegy” to mirror the way people reacted to Meryl Streep and Julia Roberts, respectively. Most people embraced Roberts’ performance, while Streep’s heavily delivered portrayal was more divisive.

Another awards scenario many are suggesting now is Glenn Close in Best Supporting Actress and the film receives no other nomination. It’s difficult to discern whether that’s trolling on the part of pundits or a legitimate reaction to the poor Rotten Tomatoes and Metacritic scores. My educated guess: Adams will remain in the competition for Best Actress. This model could likely be true when the regional critics’ groups reveal their lineups in the coming weeks. Critics will likely ignore “Hillbilly Elegy” entirely or simply feature Close here or there. However, it would be unwise to write the film off for the televised awards based on those hypothetical exclusions.

We won’t know the exact durability of “Hillbilly Elegy” until the Golden Globes and Screen Actors Guild nominations. If Adams and Close show up with those voters, expect them to survive the film’s negative reviews. I predict both Adams and Close will make the SAG shortlists. Additionally, Film Twitter better brace itself for the Golden Globes to reward this film. It has two beloved stars (Adams and Close have a combined 23 Golden Globe nominations) and a big-name celebrity writer-director in Ron Howard. Together, this equation is Golden Globes dynamite. Also, keep in mind, the Hollywood Foreign Press has come down on the side in support of all the major controversial films in recent years: “Vice,” “Bohemian Rhapsody,” “Green Book,” “Joker,” and “Three Billboards Outside Ebbing, Missouri.” If “Hillbilly Elegy” plays well for the guilds, expect the Academy to follow suit.

Have you seen “Hillbilly Elegy” yet? if so, what did you think? Do you think it could be nominated for any Oscars? Let us know in the comments section down below or on our Twitter account and be sure to check out our latest Oscar predictions here.