Trailer – “News Of The World” 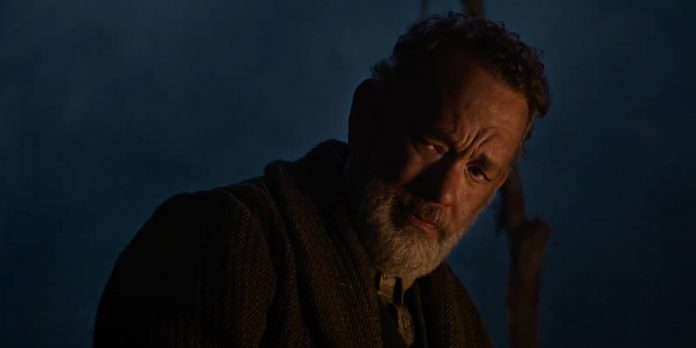 By Matt Neglia
​
Universal Pictures has released the trailer for “News Of The World” starring Tom Hanks and Helena Zengel. The film is set to be released December 18th.
​
​Click below to see the trailer.

​Plot Synopsis: Five years after the end of the Civil War, Captain Jefferson Kyle Kidd (Tom Hanks), a veteran of three wars, now moves from town to town as a non-fiction storyteller, sharing the news of presidents and queens, glorious feuds, devastating catastrophes, and gripping adventures from the far reaches of the globe. In the plains of Texas, he crosses paths with Johanna (Helena Zengel), a 10-year-old taken in by the Kiowa people six years earlier and raised as one of their own. Johanna, hostile to a world she’s never experienced, is being returned to her biological aunt and uncle against her will. Kidd agrees to deliver the child where the law says she belongs. As they travel hundreds of miles into the unforgiving wilderness, the two will face tremendous challenges of both human and natural forces as they search for a place that either can call home.

What do you all think of the trailer? Considering this is one of the few major studio releases this holiday season that isn’t from Netflix or Amazon Studios, this has already sky rocketed to the top of people’s Oscar predictions. This is the first time that Tom Hanks and writer/director Paul Greengrass have reunited since “Captain Phillips” and while that film (shockingly still to this day) did not get a Best Actor nomination for Tom Hanks, perhaps this is the vehicle which could bring him back to the Best Actor category since his nomination for “Cast Away” back in 2000. Helena Zengel also looks to be a breakout star from this, while the cinematography from Dariusz Wolski looks gorgeous. In this age where we have to deal with politicians telling us what is real and fake news, Greengrass and co-writer Luke Davies (“Lion“) look to be tackling that head on in a genre western film that promises to be a decent drama come this holiday season. Let us know your thoughts in the comments below or on our Twitter account.