Trailer – “The Life Ahead” 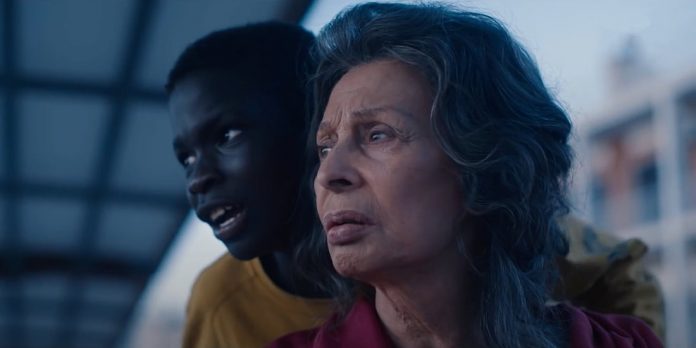 By Matt Neglia
​
Netflix has released the trailer for “The Life Ahead” starring Sophia Loren, Ibrahima Gueye, Renato Carpentieri, Iosif Diego Pirvu, Massimiliano Rossi, Abril Zamora and Babak Karimi. The film is set to be released ​November 13, 2020.
​
​Click below to see the trailer.

Plot Synopsis: In the colorful Italian port city of Bari, the streetwise 12-year-old Senegalese orphan Momo (Ibrahima Gueye) has ambitions to make his fortune in the underworld of the town’s shady alleyways. One day, he steals a bag of items from the elderly Madame Rosa (Sophia Loren), a Holocaust survivor who makes a meagre living raising the children of prostitutes with whom she once shared the streets. When Momo is forced to apologize to Rosa, she reluctantly agrees to take him in temporarily and the two lonely individuals find an unlikely family in each other through a deep and unconventional bond. The kindred spirits become connected to a common destiny that will change the course of their lives.

Confirmed as an Italian production, if selected by Italy, the film could be a contender for Best International Feature Film. Seeing the trailer also highlight Diane Warren is a huge boost considering we’ve been waiting for the 11-time Oscar nominee to win her first Academy Award. And of course, there’s Academy Award winner Sophia Loren who has not been in a feature length film since 2009’s “Nine.” All of them look like potential Oscar contenders from the look of the things but what do you all think of the trailer? Let us know your thoughts in the comments below or on our Twitter account.