Trailer – “Marcel The Shell With Shoes On” 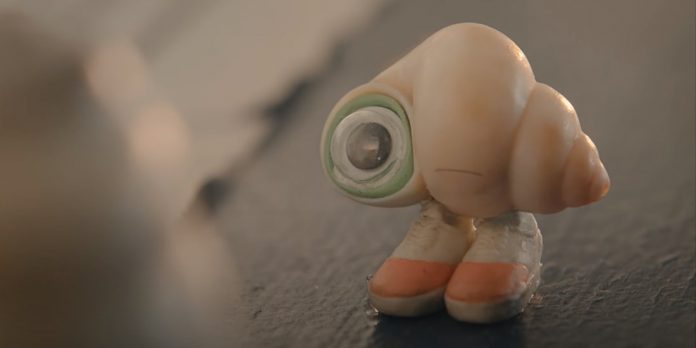 By Matt Neglia
​
A24 has released the trailer for “Marcel The Shell With Shoes On,” starring Jenny Slate, Rosa Salazar, Thomas Mann & Isabella Rossellini. The film is set to open in theaters on June 24th, 2022.
​
​Click below to see the trailer.

​Plot Synopsis: Marcel, a one-inch-tall shell, searches for his family with the help of a documentary filmmaker.

What do you all think of the trailer? I was fortunate enough to see this heartwarming film (based on the viral short of the same name) at the Telluride Film Festival for its second screening after the world premiere was met with an enthusiastic response from Scott Menzel, Tomris Laffly, and a few others. I was honestly unprepared for how thoughtful, funny, and touching this blend of animation and documentary filmmaking would be. Jenny Slate delivers one of the best vocal performances of the year or a character that is one of the cutest and most endearing I’ve ever seen in a film. I laughed, I cried, and I think many will too when they finally see this precious discovery of a film. What do you all think, though? Let us know your thoughts in the comments section below or our Twitter account.