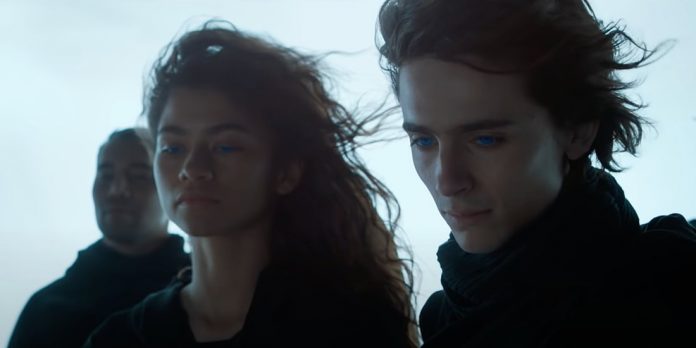 Plot Synopsis: A mythic and emotionally charged hero’s journey, “Dune” tells the story of Paul Atreides, a brilliant and gifted young man born into a great destiny beyond his understanding, who must travel to the most dangerous planet in the universe to ensure the future of his family and his people. As malevolent forces explode into conflict over the planet’s exclusive supply of the most precious resource in existence—a commodity capable of unlocking humanity’s greatest potential—only those who can conquer their fear will survive.

What do you all think of the trailer? It’s been almost a year since we got the first one, and I know we’ve all been starving for some new content for this movie. I was lucky enough to see this in IMAX, along with the film’s first 10 minutes, and I’m telling you all right now, this is going to be something special. This is everything I want in a movie. An epic scope, a world you can get lost in, a simple internal story backed by a far more complicated external one. The design, the visuals (Greig Fraser!!), the score! Everything. Just everything. My god, I cannot wait! This has been my most anticipated film for 2020 and now 2021, and I cannot believe it is almost here. From a technical standpoint, this has Oscars written all over it. The box office will determine if it can crack into above-the-line categories such as Best Picture, Best Director, and Best Adapted Screenplay. Still, I have faith that audiences will show up for what will be the cinematic event of 2021. What do you think, though? Let us know your thoughts though in the comments below or on our Twitter account.