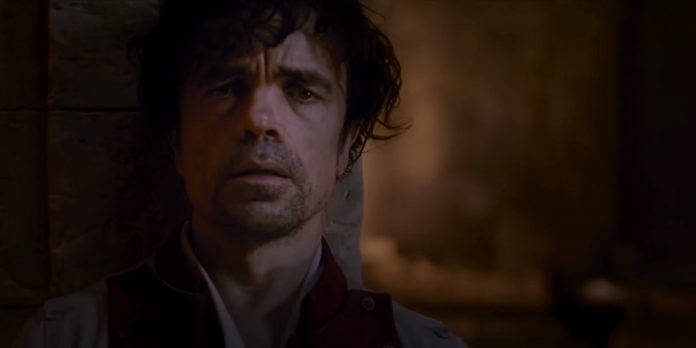 Plot Synopsis: Award-winning director Joe Wright envelops moviegoers in a symphony of emotions with music, romance, and beauty in Cyrano, re-imagining the timeless tale of a heartbreaking love triangle. A man ahead of his time, Cyrano de Bergerac (played by Peter Dinklage) dazzles whether with ferocious wordplay at a verbal joust or with brilliant swordplay in a duel. But, convinced that his appearance renders him unworthy of the love of a devoted friend, the luminous Roxanne (Haley Bennett), Cyrano has yet to declare his feelings for her — and Roxanne has fallen in love, at first sight, with Christian (Kelvin Harrison, Jr.).

What do you all think of the trailer? I was lucky enough to see this at its world premiere at the Telluride Film Festival. While I think Peter Dinklage is extraordinary in the famous role of Cyrano de Bergerac, I was a bit mixed on the movie overall. It certainly has many elements which people will find endearing, including but not limited to its iconic unabashedly romantic love story, the costumes, staging, and cinematography. You can tell while watching it that Wright and his team shot this during the pandemic, but it wears its heart on its sleeve in such a way that you can’t help but fall in love with it. As mentioned before, Dinklage is worth the price of admission as he delivers his best on-screen performance since “The Station Agent,” which has put him in the Best Actor race. How far exactly will the rest of the film go? That’s to be determined, but those who have been a fan of Dinklage’s for many years will definitely be pleased with the heartbreaking work he’s putting on display here. What do you all think? Let us know your thoughts in the comments section below or on our Twitter account.