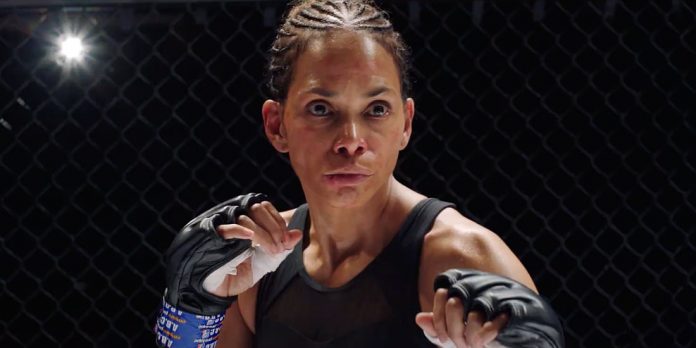 ​Plot Synopsis: Jackie Justice (Halle Berry) is a mixed martial arts fighter who leaves the sport in disgrace. Down on her luck and simmering with rage and regret years after her fight, she’s coaxed into a brutal underground fight by her manager and boyfriend Desi (Adan Canto) and grabs the attention of a fight league promoter (Shamier Anderson) who promises Jackie a life back in the octagon. But the road to redemption becomes unexpectedly personal when Manny (Danny Boyd, Jr.) — the son she gave up as an infant — shows up at her doorstep. BRUISED marks the directorial debut of Academy Award winner Halle Berry and also stars Adriane Lenox, Sheila Atim, Valentina Shevchenko, and Stephen McKinley Henderson in a triumphant story of a fighter who reclaims her power, in and out of the ring, when everyone has counted her out

What do you all think of the trailer? After sitting on the shelf for over a year since it screened in-person only at the Toronto International Film Festival, Netflix has finally released Halle Berry’s directorial debut. Based on early word and from what we see in the trailer, Halle looks to be a certified badass, kicking ass and taking names as an aging MMA fighter looking for one last shot at redemption. It’s a familiar story that does not look like it will break any new ground, but I’m curious to see Berry’s direction and, of course, her performance. What do you all think, though? Let us know your thoughts in the comments below or on our Twitter account.