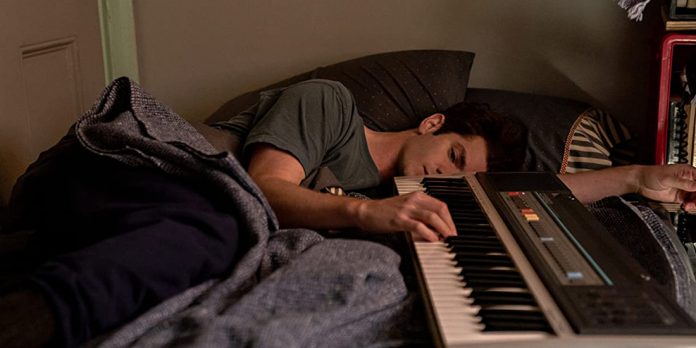 The AFI Film Festival has announced its full lineup this year after playing exclusively virtual last year. Passes for the festival are now available here. Individual tickets will be available to AFI members on October 19th and the general public on October 20th. The festival is set to take place November 10th till November 14th.

BRUISED
Marking the directorial debut of Academy Award winner Halle Berry, BRUISED is a triumphant story of a fighter who reclaims her power, in and out of the ring, when everyone has counted her out.

KING RICHARD
Based on the inspiring true story, KING RICHARD follows the journey of a family whose unwavering resolve and unconditional belief ultimately deliver two of the world’s greatest sports legends – Venus and Serena Williams.

PARALLEL MOTHERS
Two women, Janis and Ana, are both single mothers that meet in the hospital before giving birth to their daughters. Their bond quickly becomes complicated in the latest drama from Spanish auteur Pedro Almodóvar.

SWAN SONG
Cameron (two-time Academy Award winner Mahershala Ali), a loving husband and father diagnosed with a terminal illness, is presented with an alternative solution by his doctor to shield his family from grief.

TICK, TICK…BOOM!
Pulitzer Prize and Tony Award winner Lin-Manuel Miranda makes his feature directorial debut with tick, tick…BOOM!, an adaptation of the autobiographical musical by composer and playwright Jonathan Larson, who revolutionized theater as the creator of “Rent.”

WORLD CINEMA
The best in contemporary cinema from renowned storytellers and new voices from across the globe.

AHED’S KNEE
Filmmaker Y has just arrived in the remote Arava Valley to introduce a retrospective of his films at the local library when librarian Yahalom presents him with a waiver restricting certain topics.

ALI & AVA
In this working-class romance filled with rich performances, Ali and Ava must navigate the emotional turmoil of their pasts to keep their newfound passion alive.

CASABLANCA BEATS (HAUT ET FORT)
A group of young students in Morocco begin a passionate journey of self-discovery and artistic expression by practicing rap as they confront the social issues explored in their lyrics.

CINEMA SABAYA
Rona is an Israeli teaching a film class to a diverse group of eight women. The class becomes the catalyst for deeper discovery as these women bond over their shared experience.

COSTA BRAVA, LEBANON
In this feature debut from Lebanese filmmaker Mounia Akl, a whimsical, close-knit family eludes the political and environmental crises of Beirut by isolating in the remote mountains – until their peaceful days are disrupted.

DRIVE MY CAR
Based on a Haruki Murakami short story and awarded Best Screenplay at Cannes, Ryusuke Hamaguchi’s epic explores what is left behind when a love is lost and a city is decimated.

THE GIRL AND THE SPIDER
Lisa is moving out of the apartment she shares with Mara. Friends and neighbors arrive to assist and unspoken tensions simmer just beneath the surface.

GOOD MADAM
In Jenna Cato Bass’ psychological thriller steeped in remnants of postcolonialism and apartheid, Tsidi moves in with her estranged mother Mavis, a housekeeper under the spell of her mysterious and reclusive Madam.

GREAT FREEDOM
Winner of Cannes’ Un Certain Regard Jury Prize, this unlikely love story by director Sebastian Meise depicts the engrossing life of Hans, a man in postwar Germany who is continuously imprisoned for being gay.

HAPPENING
Winner of the Golden Lion at the Venice Film Festival, Audrey Diwan’s timely adaptation of Annie Ernaux’s autobiographical novel depicts a young woman caught between her ambitions and an unexpected pregnancy in 1960s France.

HIT THE ROAD
An endearing yet frenzied family of four embarks on a mysterious road trip to an unknown destination in this distinctive and surprising debut from Panah Panahi, the son of acclaimed Iranian filmmaker Jafar Panahi.

HOLY EMY
Living in Athens and keeping to themselves, Emy and Teresa live a simple life centered around attending mass, working in a fish market and avoiding the locals, but the outside world soon encroaches.

ÎNTREGALDE
The mission of three humanitarian aid workers is diverted when they offer a ride to an elderly man along the side of the road and find themselves suddenly stranded.

JOCKEY
An aging jockey hopes to win one last title for his longtime trainer who has acquired what appears to be a championship horse. But the years – and injuries – have taken a toll on his body, throwing into question his ability to continue his lifelong passion.

LINGUI, THE SACRED BONDS
Despite abortion being illegal in Chad and forbidden in Islam, Amina is determined to support her teenage daughter’s decision to end her pregnancy and must navigate the fragile fabric of female support within a patriarchal society.

MEMORIA
While visiting Bogotá, Colombia, Jessica (Tilda Swinton), a Scottish orchid farmer grappling with deep existential unease, becomes tormented by a sound only she can hear.

PARIS, 13TH DISTRICT
A response to a roommate ad and a case of mistaken identity blossoms into a complex web of love and friendship in this modern, panoramic tale by director Jacques Audiard.

PETITE MAMAN
In Céline Sciamma’s (PORTRAIT OF A LADY ON FIRE) enchanting and poetic coming-of-age story, eight-year-old Nelly – mourning the recent death of her beloved grandmother – meets a girl building a tree fort, like her mother once did.

PLEASURE
In this raw and powerful debut feature, Bella arrives in Los Angeles from Sweden to pursue her dreams of stardom – in the adult film industry.

RED ROCKET
In Sean Baker’s bold and provocative new film, Simon Rex gives a hypnotic performance as an adult film star and hustler returning to his hometown in search of a fresh start.

SUNDOWN
Opting to stay on permanent vacation instead of tending to family, wealthy heir Neil Bennett quietly fights to control his life in a world where violence and leisure are one and the same.

THE TSUGUA DIARIES
Friends Crista, Carloto and João are building a greenhouse for butterflies, cleaning out an above-ground pool and participating in spontaneous dance parties when there is a sudden global virus outbreak.

UNCLENCHING THE FISTS
In a remote mining town, Ada is coming of age in a deeply dysfunctional family isolated by the men that surround her. The welcome attentions of a local boy present the possibility of new experiences, and a potential escape.

VERA DREAMS OF THE SEA
Reeling from her husband’s suicide, sign language interpreter Vera (Teuta Ajdini) must summon untapped strength when her inheritance is violently challenged by a male in-law in deeply patriarchal Kosovo.

WHAT DO WE SEE WHEN WE LOOK AT THE SKY?
Alexandre Koberidze’s Berlinale FIPRESCI Prize winner follows Lisa and Giorgi who fall in love at first sight, only for a curse to strike the pair, leaving them unrecognizable to one another.

WILDHOOD
Link, an indigenous Mi’kmaw teen, and his younger half-brother go on a journey to find Link’s long-lost mother. Joining their trek, Pasmay, a two-spirit teen, awakens something new inside of Link.

THE WORST PERSON IN THE WORLD
This modern dramedy chronicles four years in the life of Julie, a young woman navigating love and life in Oslo.

DOCUMENTARIES
The most engaging and powerful real-life stories depicted in global nonfiction cinema that enlighten, educate and entertain.

BERNSTEIN’S WALL
Director Douglas Tirola documents the life of composer Leonard Bernstein (WEST SIDE STORY) from his early life in New England, to his early orchestral career, his work on television and his constant advocacy of worthy causes.

COW
A mother. A provider. A cow. AFI Alumna Andrea Arnold’s first-ever documentary is a visceral, up-close portrait of Luma, a singular dairy cow who despite her tenacity is subject to the whim of others.

THE FIRST WAVE
In early 2020, New York City is the number one hotspot for COVID-19 in the United States. Academy Award®-nominated documentary filmmaker Matthew Heineman takes a poignant look at the turmoil and resilience on the hospital frontlines.

A NIGHT OF KNOWING NOTHING
In Payal Kapadia’s semi-fictionalized experimental documentary, the diary of a student to her absent lover recounts a period of political upheaval in India, her own heartbreak reflecting that of a generation of students.

SIMPLE AS WATER
Oscar-winning director Megan Mylan documents a handful of courageous refugee families affected by the Syrian civil war and the efforts to rebuild their lives in new surroundings around the world.

WHO WE ARE: A CHRONICLE OF RACISM IN AMERICA
Filmmakers Emily Kunstler and Sarah Kunstler chronicle ACLU lawyer Jeffrey Robinson’s essential deep dive into America’s 400-year history of white supremacy and anti-Black racism.

The full lineup including shorts can be seen here. What do you think of this year’s lineup? Which world premiere are you most excited to see? Let us. know your thoughts in the comments section below or on our Twitter account.