Trailer – “Being The Ricardos” 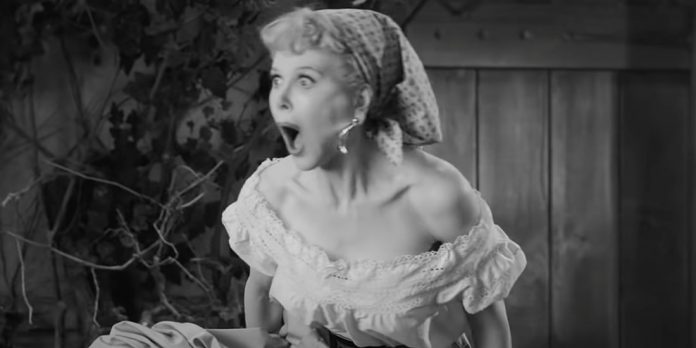 By Matt Neglia
​
Amazon Studios has released the trailer for “Being The Ricardos” starring Nicole Kidman, Javier Bardem, J. K. Simmons, Nina Arianda, Tony Hale, Alia Shawkat, Jake Lacy & Clark Gregg. Written and directed by Aaron Sorkin, the film will be released in theaters on December 10th, 2021, prior to streaming on Prime Video on December 21st, 2022.

​​Plot Synopsis: Lucille Ball (Nicole Kidman) and Desi Arnaz (Javier Bardem) are threatened by shocking personal accusations, a political smear and cultural taboos in Academy Award®-winning writer and director Aaron Sorkin’s behind-the-scenes drama Being the Ricardos. A revealing glimpse of the couple’s complex romantic and professional relationship, the film takes audiences into the writers’ room, onto the soundstage and behind closed doors with Ball and Arnaz during one critical production week of their groundbreaking sitcom “I Love Lucy.”

What do you all think of the trailer? This is a tricky one. I adore Aaron Sorkin as a screenwriter but have found his directing to be incredibly lackluster. This is his third directorial effort and his second within two years (after his Oscar-nominated “The Trial Of The Chicago 7“). Is he running the risk of being overexposed for a movie that many people have problems to begin with due to its casting? There are a lot of elements working against him, and I’m wondering if, like how the teaser holds off on revealing Nicole Kidman’s Lucille Ball if Amazon Studios should’ve waited in releasing this film until Spring or Summer of 2022. Will audiences really be in the mood for another Aaron Sorkin offering this soon? I don’t think so, but one shouldn’t count out the immense talents of Kidman and Javier Bardem. I’ve also heard word that J.K. Simmons is supposedly fantastic in this. Maybe this will be a delightful surprise for all of us late in the awards season game after all? What do you all think, though? Let us know your thoughts in the comments section below or on our Twitter account.