“THE SUMMIT OF THE GODS” 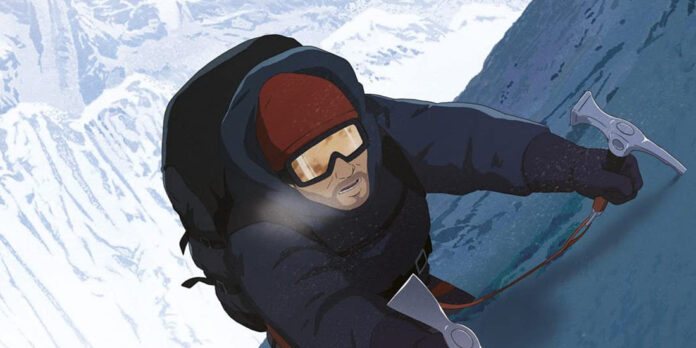 ​​​​​​​​Given how much success Netflix has had with both their animated endeavors (“BoJack Horseman” & “Castlevania”) and content produced in foreign countries (“Money Heist” & “Squid Game”), it stands to reason that a synthesis of two of the streamer’s most lucrative divisions would be equally exemplary. The Oscar-nominated “I Lost My Body” already proved that this could be the case in 2019. Still, this year’s “The Summit of the Gods” fantastically fine-tunes that formula, depicting a daring work of animated art from French filmmaker Patrick Imbert. He affectionately adapts the manga series of the same name in this mightily emotional epic. What begins as a journalist’s journey to seek out what very well be the story of a lifetime, morphs into an enlightening exposé on the psyche and perilous pursuits of elite mountain climbers, anchored by arresting animation that fully immerses you in this terrifying – yet thrilling – environment.

Our story begins when the aforementioned journalist – a rookie reporter named Fukamachi Makoto (Damien Boisseau) – becomes captivated by a camera that may hold the answers to one of history’s burning questions – were George Mallory and his companion Andrew Irvine the first men to scale Everest on June 8th, 1924? Only the images captured by that Vestpocket Kodak camera can tell. However, when it falls in the hands of Habu Jôji (Eric Herson Macarel), a legendary mountain climber believed to have been missing for years, Fukamachi makes it his mission to track this man down, devising a plan to combine his coverage of Mallory’s mystery and Jôji’s reappearance in one powerhouse piece. Such a scheme ends up being easier said than done as, upon meeting Jôji, Fukamachi is enveloped in a world beyond his wildest imagination and becomes endlessly enthralled with the motivation of mountain climbers who are driven to defy the odds, time and time again, for little reason other than their own inclination to achieve the impossible.

Though the story here gets off to a bit of a slow start, things pick up terrifically with the introduction of Macarel’s Habu Jôji, an enigmatic yet endlessly entertaining individual who mesmerizes us in mere moments with his sour but still striking demeanor, later revealed to be a result of past pain he has endured throughout his trials and tribulations as a mountain climber. Boisseau’s Fukamachi is a pleasing protagonist, but he primarily serves as a vessel for the audience to inhabit as they become acquainted with Jôji’s lifestyle – and the lifestyle of elite mountain climbers in general. As such, while Boisseau turns in a touching vocal performance, it’s Macarel and Jôji who steal the show, impressing with both their incredible insight into these individuals’ inscrutable identities and their profusely poignant pull as the layers of Jôji’s personality are unearthed. Though some may call these men crazy, Macarel’s Jôji makes us truly understand what would cause a person to attempt such audacious feats – and how they don’t believe their lives would be worth living if they ignored their innate calling to climb these mountains.

Complementing this powerful poignancy is “The Summit of the Gods'” undeniably jaw-dropping animation style, which authentically approximates these shivery settings with near-hyperrealism and thoroughly convinces us of the cruel chilliness of these conditions, forcing us to feel the sting of these winter storms alongside Fukamachi and Habu when the two eventually take off on a trek together in the third act. It is here where the film truly becomes something special, inviting us on a stupefying spectacle for the senses enhanced by an unexpected emotional undercurrent, a sincerely stupendous score (courtesy of Amin Bouhafa), and spine-tingling sound work. As Imbert works to place us in his protagonists’ perspectives with his creative use of color (particularly brutal blacks to signal the ominous nature of an oncoming storm and raw reds to help us picture Fukamachi and Habu’s physical pains), he reverentially recreates an elite mountain climber’s experience as credibly as he can, balancing both the anxiety and awe that accompanies such an event.

This final section of the film may be without much dialogue – as Imbert chooses almost solely to rely on visual storytelling – but its passionate potency is perceived by the audience regardless, and it leads to a rousing resolution that brings the entire chronicle full circle in deeply felt fashion. The story in “The Summit of the Gods” is relatively sparse and doesn’t bring anything new to the table narratively. Still, this simplicity is the ace up the film’s sleeve as it allows the cast and crew to focus more on the specific emotions of the characters and the sheer stupefaction generated by these extreme exploits. Eventually, it taps into touching themes about one’s ability to feel most alive when accomplishing the seemingly “absurd.” And, above all else, “The Summit of the Gods” easily stands as one of the most astonishing achievements in animation in not just 2021 but of the past decade – and it’s worth watching for that alone.