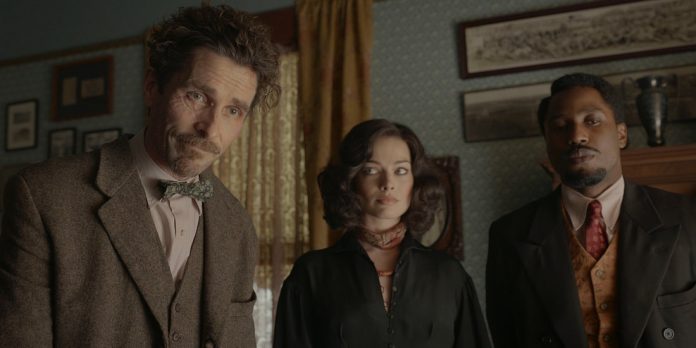 ​Plot Synopsis: A fascinating and richly intricate tale that brilliantly weaves historical fact with fiction for a timely, cinematic experience, 20th Century Studios’ and New Regency’s original crime epic about three close friends who find themselves at the center of one of the most shocking secret plots in American history will open exclusively in theaters November 4, 2022.

What do you all think of the trailer? Director David O. Russell has been at the center of numerous controversies throughout his career, but with new ones surfacing since the release of his last film, “Joy” in 2015, it will be fascinating to see how critics and the industry respond to his newest film “Amsterdam.” With one of the largest, star-studded casts ever assembled for a movie of this size (and considering O. Russell’s Oscar track record), I’m sure many are going to look over the filmmaker and focus their attention on the talent attached to this project. I personally, have never been much of a fan of David O. Russell to begin with, even though I like many of the people he works with. At a certain point though, when you have stories such as this being reported, when will these individuals say enough is enough and cease to work with him? It goes beyond in front of the camera too, as O. Russell is working with three-time Academy Award-winning cinematographer Emmanual Lubezski (returning after a five-year absence) for the first time and the results, at least according to this trailer, show that this will be the filmmaker’s most lush looking film yet. Obviously, the trailer’s tone is evoking memories of “American Hustle” with the presence of Christian Bale (who, under some good-looking makeup, looks to be delivering yet another stellar performance) and the trailer’s breezy, witty tone. 20th Century Studios is priming this one to be a huge Oscar player and are hoping that O. Russell’s controversies won’t sink the ship. What do you think, though? Let us know your thoughts in the comments section below or on our Twitter account.