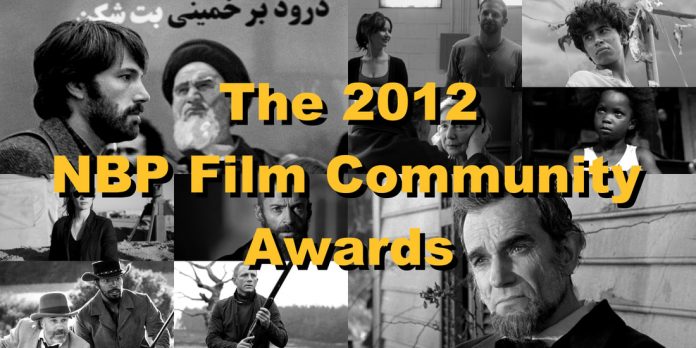 It’s that time of the year again! If you’ve been following our 2012 retrospective this summer on the podcast, then you know it’s time for all of you to let your voices be heard and cast your nomination ballots for the best that 2012 had to offer. This is your chance to re-write history by submitting your own nominations in our ballots below. The deadline to submit is July 29th. The nominations will be announced on the NBP Podcast on July 31st, with voting on the winners to begin the following day on August 1st.

We have been conducting retrospective podcast reviews of 2012 movies, which you can listen to refresh your memory of what the year brought us. Check out our reviews of “Zero Dark Thirty,” “Skyfall,” “Amour,” “Beasts Of The Southern Wild,” “Les Misérables” & “Django Unchained,” with “Silver Linings Playbook” & “Life Of Pi” due later this month. Our retrospective will conclude in August with reviews of “Lincoln” and that year’s Best Picture winner, “Argo.”

Click below to fill out your ballot and help create the 2012 NBP Film Community Awards nominations.

​* Please do your best to use the FULL FILM TITLE in your submission responses. For the acting categories, please state the actor AND the film you wish to nominate them for.*