The Shortlists For The 94th Academy Awards 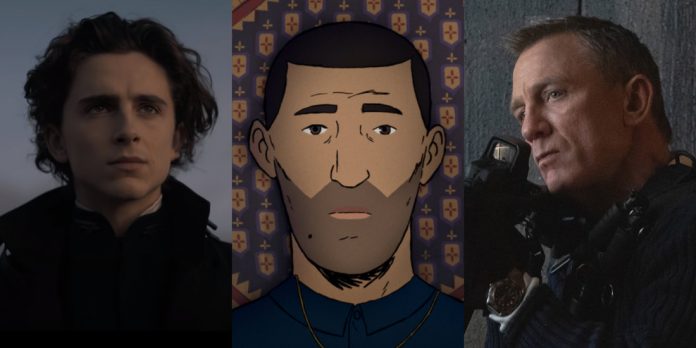 Click below to see which films made the cut in these categories for the 2022 Oscars.

BEST ORIGINAL SONG
“So May We Start?” from “Annette“
“Down To Joy” from “Belfast“
“Right Where I Belong” from “Brian Wilson: Long Promised Road:”
“Automatic Woman” from “Bruised“
“Dream Girl” from “Cinderella“
“Beyond The Shore” from “CODA“
“The Anonymous Ones” from “Dear Evan Hansen“
“Just Look Up” from “Don’t Look Up“
“Dos Oruguitas” from “Encanto”
“Somehow You Do” from “Four Good Days“
“Guns Go Bang” from “The Harder They Fall“
“Be Alive” from “King Richard“
“No Time To Die” from “No Time to Die“
“Here I Am (Singing My Way Home)” from “Respect“
“Your Song Saved My Life” from “Sing 2“​

BEST DOCUMENTARY FEATURE
“Ascension“
“Attica“
“Billie Eilish: The World’s A Little Blurry”
“Faya Dayi”
“The First Wave“
“Flee“
“In The Same Breath”
“Julia“
“President“
“Procession“
“The Rescue“
“Simple As Water“
“Summer Of Soul (…Or When The Revolution Could Not Be Televised)“
“The Velvet Underground“
“Writing With Fire”

​Movies that received a boost today: “No Time to Die,” “The Power of the Dog,” “Spider-Man: No Way Home,” “Dune,” “West Side Story“​ & “Belfast“
Movies that received a hit today: “Being the Ricardos,” “Cyrano,” “The Green Knight,” “Nightmare Alley,” “”The Last Duel” & “Titane“
Movies that had a wash today: “”The Harder They Fall,” “King Richard” & “Don’t Look Up“
​
Oscar nomination voting begins at 12pm EST on January 27th and voting will conclude at 8pm EST on February 1st, 2022. The nominations for the 94th Academy Awards will be announced on February 8th, 2022

What do you think? We will be updating our Oscar Predictions to reflect these shortlists tomorrow. Let us know your thoughts in the comments section below or on our Twitter account.