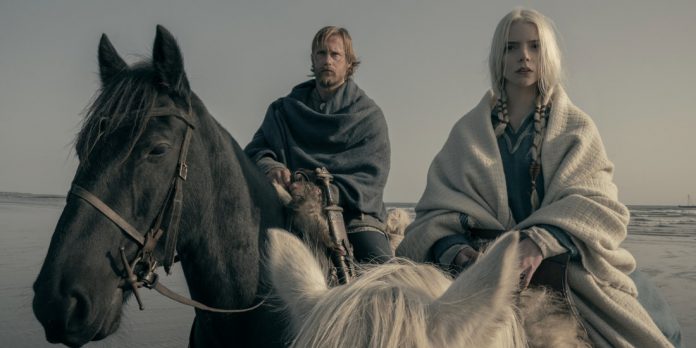 ​Plot Synopsis: The Northman is an epic revenge thriller, that explores how far a Viking prince will go to seek justice for his murdered father.

What do you all think of the trailer? Whoever decided to give Robert Eggers (“The Witch” & “The Lighthouse“) a larger budget to make a Viking epic, I say thank you! This is exactly my kind of movie with awe-inspiring visuals and a simple story built on revenge set against a historical backdrop but with mystical elements. Alexander Skarsgård looks like an absolute beast, while Anya Taylor-Joy seems to be giving an emotionally committed performance from the brief bits we see of her in the trailer. The story for this may be lacking as the trailer is leaning more heavily on the cinematography, production design, and Skarsgård’s abs, but I am so in for all of this it doesn’t matter. It looks like 2022 will start with a bang, but what do you all think, though? Let us know your thoughts in the comments section below or on our Twitter account.